Why do cats come to wake up their owners early in the morning? 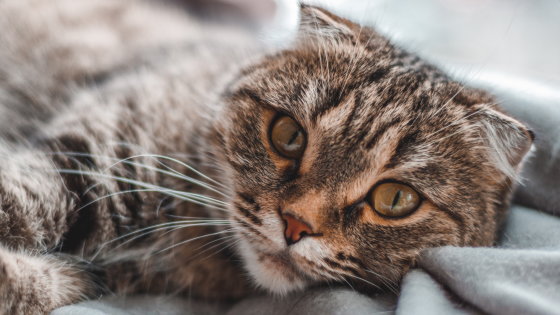 Living with a pretty cat is great, but sometimes cats come to wake up early in the morning, such as 4am, and disturb a good night's sleep. Susan Hazel, a senior lecturer at the

University of Adelaide , Australia's Faculty of Veterinary Medicine, explains the question, 'Why do cats wake up their owners early in the morning? How can they be stopped?'

Why does my cat wake me up so early, and what can I do about it?
https://theconversation.com/why-does-my-cat-wake-me-up-so-early-and-what-can-i-do-about-it-180959

Cats are crepuscular animals that become active at dawn and dusk , but we also know that they can adapt to the life cycle of the humans they live with. Therefore, some cats sleep as humans fall asleep, and a survey of American women found that about 30% of women sleep with their cats. ◆ 1: I'm hungry
This is one of the most common reasons why cats wake up humans early in the morning, and many owners should have the experience of 'being urged by cats early in the morning and having no choice but to get out of bed and feed'. .. But Hazel and colleagues said, 'Feeding cats rewards their behavior and increases their chances of repeating it,' said cats that learned to feed again early in the morning. He points out that he will come to wake him up.

To deal with this problem, you first need to keep your cat hungry all day long. For example, feeding cats and treats before going to bed can prevent them from getting hungry and waking up in the middle of the night.

Also, if you have a habit of feeding in the morning, you need to stagger the wake-up time and the feeding time so that the cat does not learn that 'if the owner wakes up, you can get food'. Hazel said, 'Please allow at least 30 minutes between getting out of bed and feeding your cat. Also, training your cat and feeding it and something else ('Breakfast time). You can also associate it with a cat (such as calling out to a cat). ' ◆ 2: The cat has not built a routine
Cats are predictable animals, and

studies have shown that maintaining regular routines is associated with reduced stress levels in cats. Therefore, it is better for the owner to maintain the cat's routine by making the feeding time, play time, and grooming time the same every day. In addition, it is better not to move the place unnecessarily by cleaning the cat's toilet and drinking water bowl according to the regular routine.

Hazel and colleagues point out that stressed cats can come to wake up early in the morning if these cat routines aren't maintained. For example, when an owner goes on a trip, moves furniture, moves, or starts to have another pet, the cat is confused by the changes in the environment. That's why it's important to maintain a consistent routine as much as possible, Hazel and colleagues said. ◆ 3: The cat has excess energy
It is a well-known fact that 'cats love to sleep', but cats also like to move their bodies like humans do. Therefore, it is better to set up a

scratch post where you can sharpen your claws and a cat tower that you can climb and play in the house, or play with balls and electric toys to make the cat exercise.

Hazel and his colleagues also point out that cats tend to get bored, so it's important to have a variety of play. In addition, it seems that it is not good to play just before the owner sleeps, and it is ideal to play before going out and after returning home. The practice of the above advice does not mean that the cat will not come to wake up early in the morning, and it may worsen in the short term until the cat adapts to the routine. Still, Hazel and colleagues say, 'The important thing is to ignore the cat's behavior at night or early in the morning. Don't get up, and if possible, don't talk when the cat wakes you up.' Also, if you continue to practice the above advice and your cat doesn't stop coming early in the morning, it's possible that some health problem is causing it, so you should consult your veterinarian. is.

'Hopefully, you and your cat can make arrangements for sleep and wake-up times. It's possible to sleep while loving your cat,' Hazel and colleagues said. 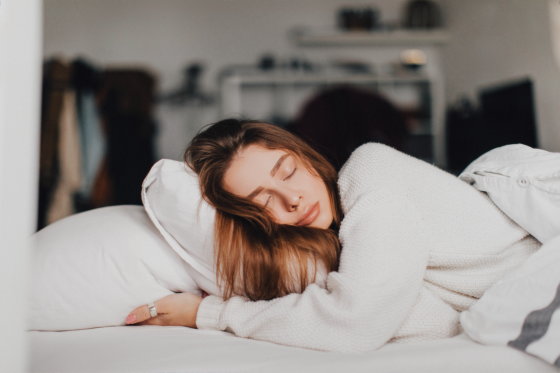