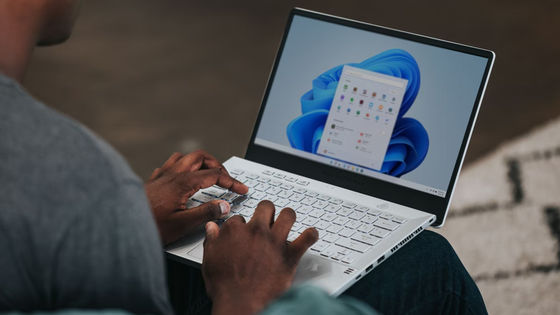 According to a survey by the game distribution platform Steam, it is pointed out that

Windows 11 Readiness Check --Is Your Business Ready for Windows 11?
https://www.lansweeper.com/itam/is-your-business-ready-for-windows-11/ 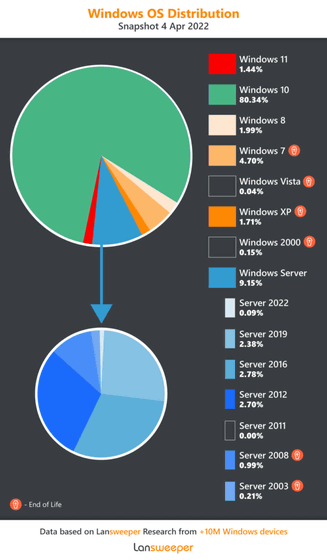 Lansweeper points out that the adoption of business terminals is delayed compared to consumer terminals. 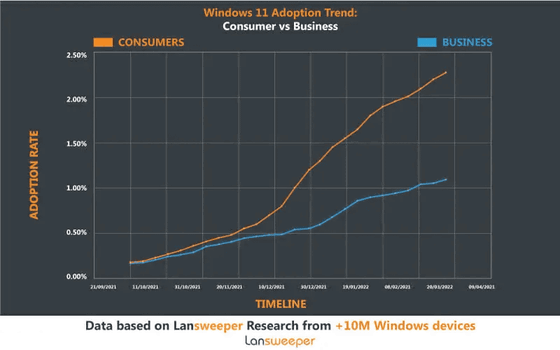 Microsoft provides compatibility check tools to facilitate the transition to Windows 11, but if you don't know the status of your IT assets in the first place, manually checking is just a waste of time. No, Lansweeper points out.