Psychopaths and narcissists are easy to buy virtual currency 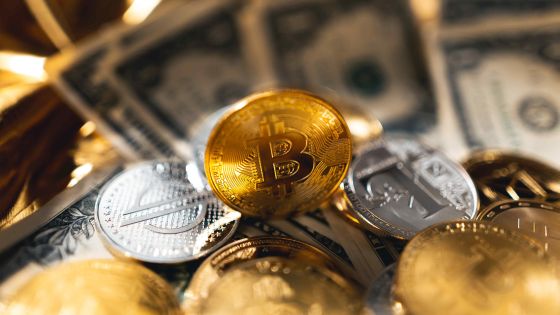 Even if you are interested in cryptocurrencies such as Bitcoin and Ethereum, when you see the news

of the Bitcoin plunge , you will be discouraged from trading. Experts have summarized the character of people who trade cryptocurrencies whose market prices are not stable at all.

The value of 1 Bitcoin was about 400,000 yen around January 2019, but after that, it has been volatile, and at the time of writing the article, the value per Bitcoin is about 5 million yen. Bitcoin, whose market price fluctuates rapidly in this way, is often talked about as a speculative target rather than an investment, and investors seeking stable profits may avoid trading. 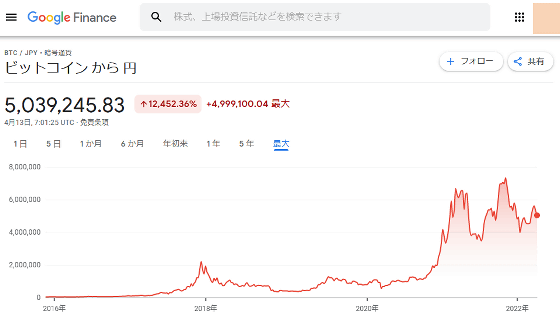 Di Wang et al., Who study consumer behavior at Queensland Institute of Technology, conducted personality diagnosis and questionnaire surveys on 566 subjects and investigated 'a prominent personality for me who trades virtual currencies'. .. As a result, it was found that people with personalities such as ' psychopaths ', ' narcissists ', ' Machiavellians ' and ' sadists ' who are said to have 'evil temperament' in psychology tend to participate in cryptocurrency trading.

The reasons why people with different personalities trade virtual currencies are as follows.

◆ Machiavellian
Machiavellian is an actor of Machiavellianism who says 'I do not choose the means for the purpose', and the name comes from Niccolo Machiavelli , the author of 'The Prince '. Past studies have shown that Machiavellians tend to 'perform a calculated approach to achieving their goals' and are less likely to become gambling addicts. For this reason, it seems irrational for Machiavellians to deal with cryptocurrencies whose prices are unstable.

While Machiavellians have the above characteristics, they are also known to tend to believe in conspiracy theories such as 'government has full oversight of citizens.' For this reason, the research team speculates that Machiavellians may prefer cryptocurrencies that are less susceptible to intervention by government agencies such as central banks.

◆ Psychopath
Psychopaths are often judged to be emotionless and ruthless, and tend to be very stressful in social life. Therefore, in order to relieve this stress, psychopaths tend to engage in stimulating actions such as gambling and cryptocurrency transactions.

In addition, psychopaths often have a tendency to be ' FOMO ', which is prone to anxiety that 'others may have a beneficial experience while you are away'. It seems that there are cases where people start trading virtual currencies because they are worried that other people may be more profitable than themselves with virtual currencies. ◆ Sadist
A sadist is the type of person who enjoys attacking others, but it is strange that sadists tend to trade cryptocurrencies because cryptocurrency trading is not an act that leads to attacks on others. However, this analysis revealed that many sadists have a tendency toward FOMA as well as psychopaths. From this result, the research team speculates that 'FOMA may be the reason why sadists prefer cryptocurrency trading.'

In addition, Wang et al. 'This research shows the tendency of Machiavellian narcissists, psychopaths, sadists who are trading virtual currencies, and everyone who trades virtual currencies has the above character. Please note that this is not the case. '