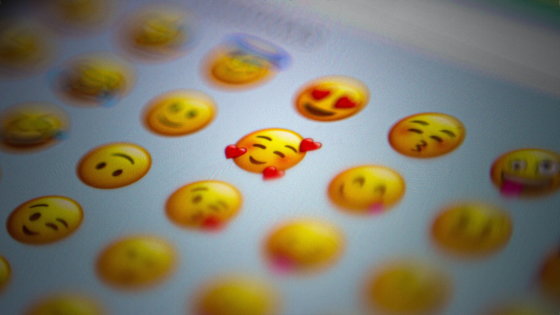 When creating a profile for a message or video conferencing tool to send at work, some people may think, 'Add emojis and images to improve friendliness.' However, in a paper published by research teams at Tel Aviv University in Israel and the University of California, San Diego, 'employees who use pictograms and images in their email and Zoom profiles and wear T-shirts with pictorial logos. Employees are more likely to be evaluated as having a lower position than the employees described in the text. '

Use of pictures and emojis can signal less power and authority
https://phys.org/news/2022-03-pictures-emojis-power-authority.html

The research team presented and evaluated multiple routine scenarios to hundreds of American subjects to find out if 'how often emojis and images are used' would lead to employee evaluation. I conducted an experiment to get them.

Also, in the experiment of 'determining who should be selected for the appropriate position for a person with higher power by referring to the profile written by the applicant', 'the person who created the profile using a lot of images' and 'characters' Comparing 'people who created profiles with a lot of use', 62% of the subjects selected people who created profiles with letters. In other words, it was shown that many subjects tend to underestimate the power of those who use illustrations and visual expressions than those who use literal expressions. Dr. Elinor Amit of Tel Aviv University commented on the results of this study, 'Studies show that visual messages are more likely to be interpreted as signals for a desire for social access, and another study shows weak power. It has been shown that a person wants social approach more than a person in power, so using images to signal a person's desire for social approach is essentially less power. It shows. '

Regarding the fact that the use of images is interpreted as a signal for social approach, Dr. Amit added, 'Such signals are usually irrelevant in intimate relationships such as family communication.' I am.

Even if the use of images is not a problem in intimate communication, relationship of power is important in the workplace and business. Dr. Amit said, 'We need to be aware of the impression our message gives to the recipient. Our findings signal danger. When you want to show power, think again before sending emojis or images. Please. '