'The US government's nuclear explosion countermeasure manual was updated after Russia's invasion of Ukraine,' but the content remains the same. 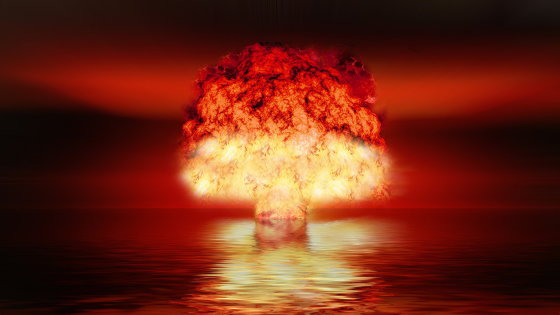 Russia's military invasion of Ukraine has received international criticism, and Russia's President Vladimir Putin has ordered nuclear-armed nuclear deterrence forces to move to a higher level of alert on February 27. There are also concerns about the use of. Meanwhile, the social news site Hacker News has been talking about 'The US government's nuclear explosion countermeasure manual was updated after Russia's invasion of Ukraine.'

You can check the much-talked-about nuclear explosion countermeasure manual at ' ready.gov ', which is published by the US government in preparation for various disasters and emergencies. When I visited the 'Nuclear Explosion' page, I saw an image that caused fear of a large-scale nuclear explosion. The page is divided into several items. In the item 'Nuclear Explosion', a nuclear weapon is a weapon that uses a

nuclear reaction to cause an explosion, and there are various sizes that can be carried by an individual and that can be shot by a missile. It is explained that the radioactive descent that falls after the explosion is dangerous. 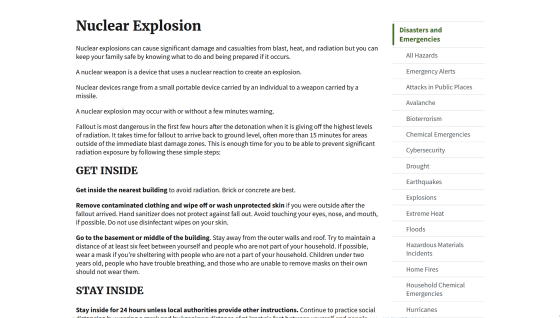 To avoid radioactive material after a nuclear explosion, it is recommended to enter the building, remove dirty clothing and evacuate as far away from the exterior walls and roof as possible. It is also instructed not to leave the building for 24 hours after the explosion unless the local government gives other instructions. In addition, it was stated that when an explosion was encountered, it would be prone to protect itself from debris and blast waves, and that necessary supplies would be stockpiled in case of an emergency. 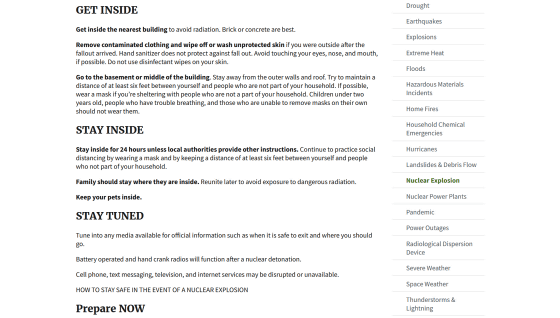 This manual became a hot topic because it said 'Last Update: 02/25/2022' at the end of the page. The update the day after Russia's invasion of Ukraine raised the suspicion that the US government was looking at a nuclear war with Russia. 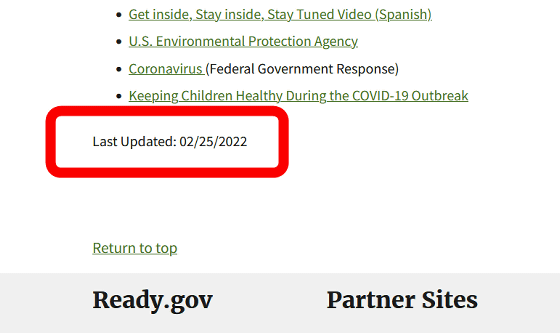 However, if you check the same page as of February 6, 2022, which is published on the archive browsing service ' Wayback Machine ', you can see that the contents described are almost exactly the same. 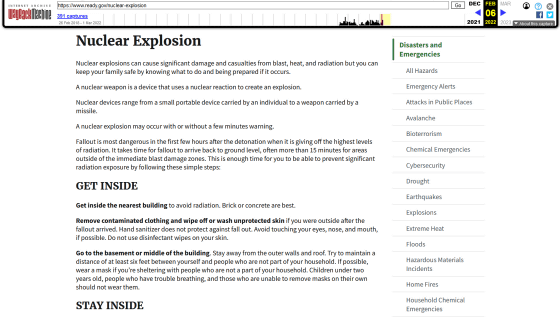 The only difference was that the item 'Health and Human Service' in the related content at the end was removed as the latest version updated on February 25, 2022.

The link to this item was a page published by the United States Department of Health and Human Services' Radiation Emergency Medical Care (REMM) that provides information on nuclear weapons. 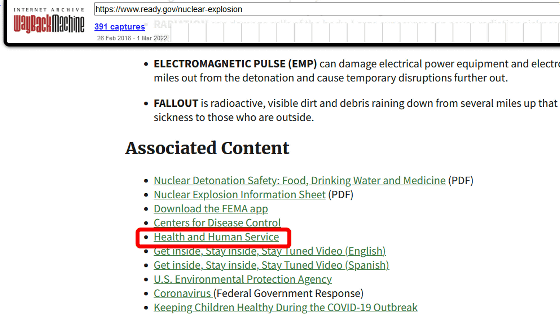 It has been pointed out in Hacker News that the contents of the manual have hardly been updated, but there are various opinions about the contents of the manual. Regarding the fact that measures against new coronavirus infection (COVID-19) are also included in the manual, 'If you have just survived a nuclear explosion and need help, call 911 and let the operator know if you are COVID-19. I have to do it. I

This comment is not a direct quotation of the contents of the manual, and the

comment points out that the manual does not mention operators etc., and depending on the distance from the explosion point, the risk of COVID-19 may be higher than that of radioactive fallout. Some have commented that the reference to COVID-19 is not wasteful because it is possible.

In addition, some pessimistic

comments argued that 'if a nuclear attack warning is given, we should at least head to the expected epicenter to minimize the suffering of death.'

Regarding Russia's announcement with nuclear forces in mind, President Joe Biden of the United States has stated that 'it is not necessary to worry about nuclear war', but he will take command during the nuclear war. It is also reported that the aircraft 'Doomsday Plane' designed for this purpose was trained. 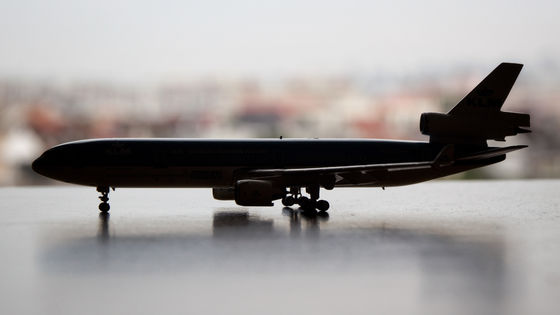