Free &amp; tool 'RiBLA Broadcast (β)' that can easily become a VTuber with just a PC and a webcam Review, finger movements can be tracked and can be used immediately for distribution RiBLA ' is a 3DCG character-related project provided by Avex Technologies , a subsidiary of Avex Group, known for its music and video business, with the concept of 'making 3D characters closer to you!'. As part of such RiBLA, a tool ' RiBLA Broadcast (β) ' that anyone can become a VTuber for free has been released, so I actually tried using it.

RiBLA Broadcast (β) is Pixiv BOOTH, which is available for Windows and Mac. The latest version at the time of writing the article is 0.9.0. Go to the distribution page and this time click 'Free Download' for Windows to download the ZIP file (367MB). You need a Pixiv account to download. 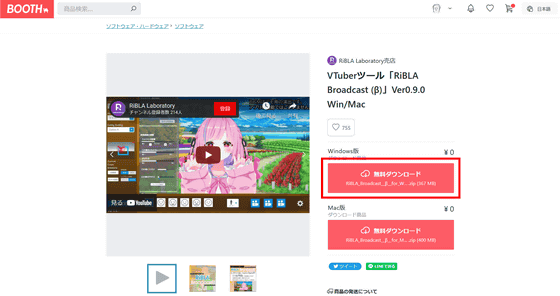 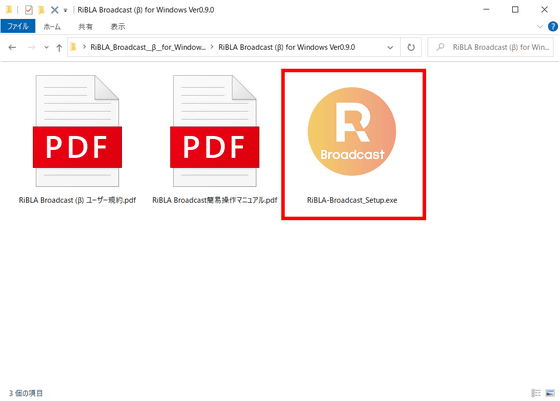 Confirm that the language is Japanese and click 'OK'. 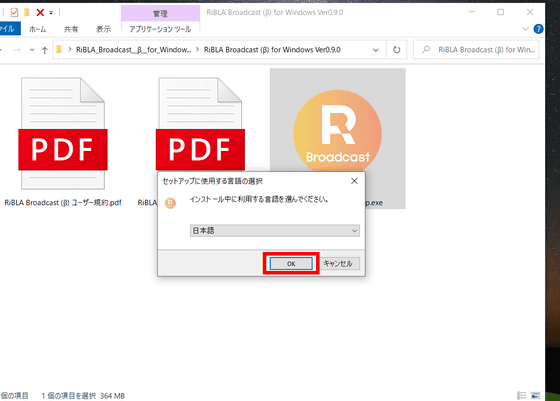 Confirm the start menu folder specification and click 'Next'. 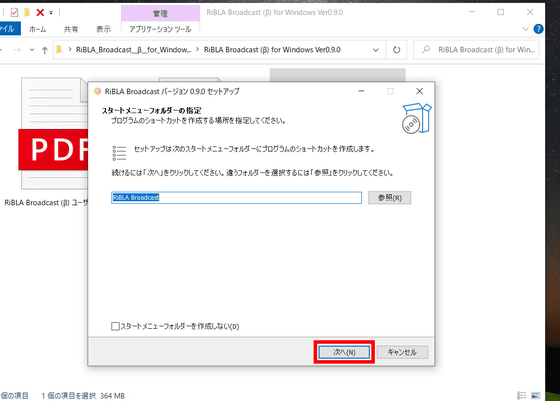 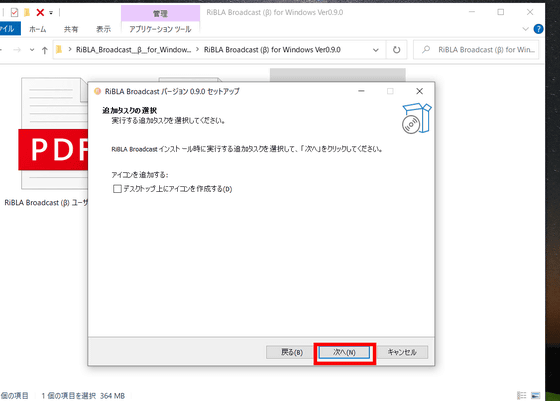 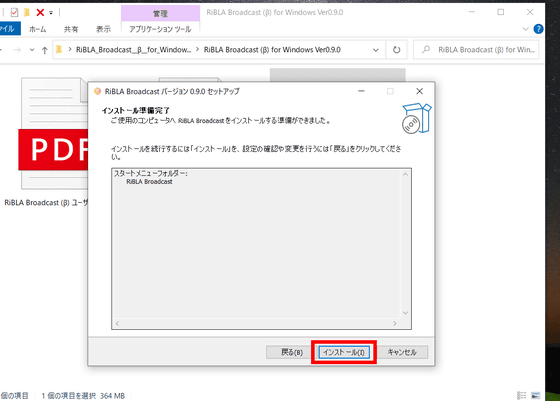 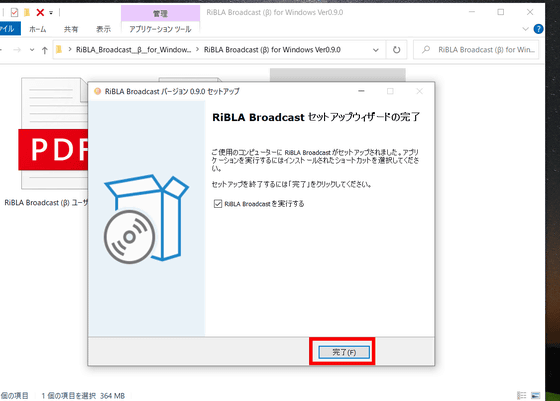 When RiBLA Broadcast (β) starts, it looks like this. Input Device is a camera device for tracking. 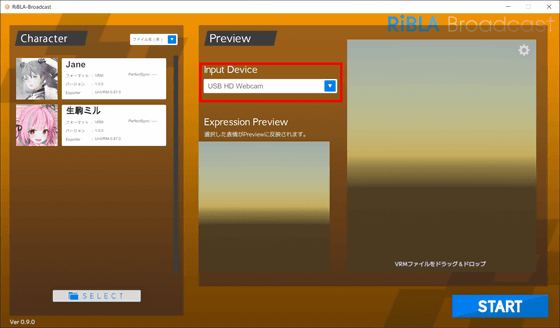 On the left, the 3D characters 'Jane' and 'Ikoma Mill' registered by default are displayed. Also, if it is in VRM format, you can use the 3D model data at hand as it is. This time, click 'Jane' and then click 'START' at the bottom right. 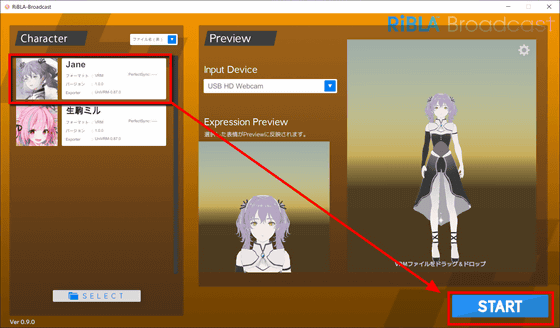 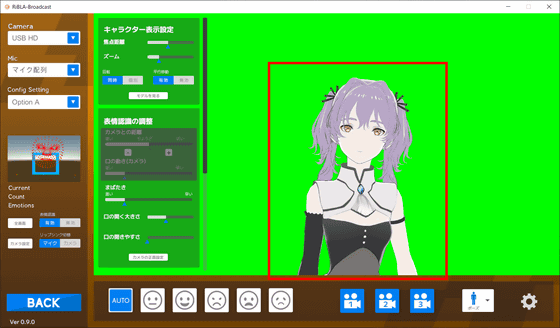 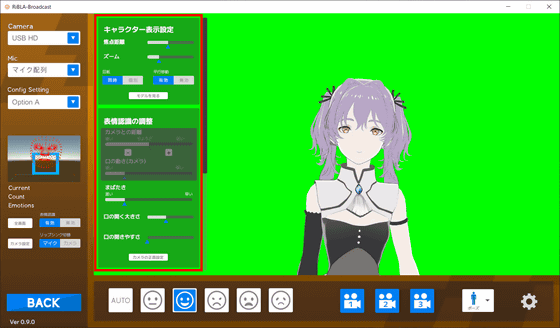 Scroll down the character display settings to find a slide bar that adjusts face and body movements. 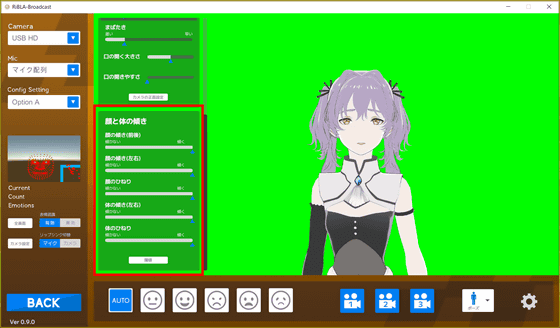 The tracking result of the face read by the webcam is displayed on the left edge of the screen. 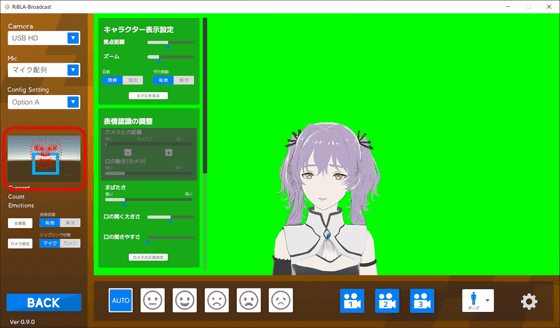 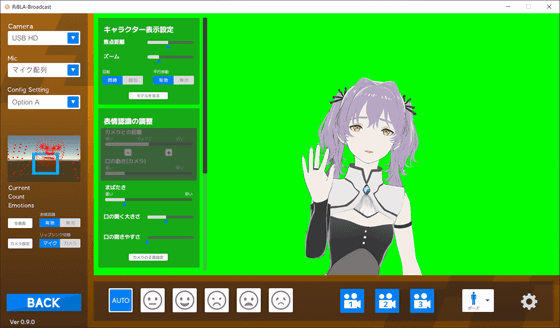 What surprised me was that I could track the movement of my fingers properly. You can also do a double piece, for example: 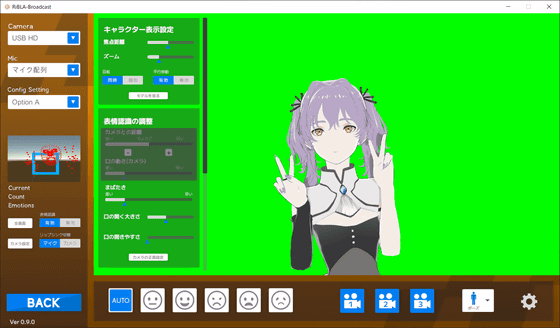 You can see how it actually tracks by watching the following movie.

RiBLA Broadcast (β), which can become a VTuber with just a webcam, can also track your fingers-YouTube


In 'Lip sync switching' at the bottom of the tracking screen, you can switch the lip sync source between the microphone and the camera. 'Mic' is useful when talking because the character's mouth opens and closes according to the voice input to the microphone. The 'camera' moves the character's mouth according to the movement of the mouth tracked by the camera, making it easier to synchronize the facial expression with the performer's face. 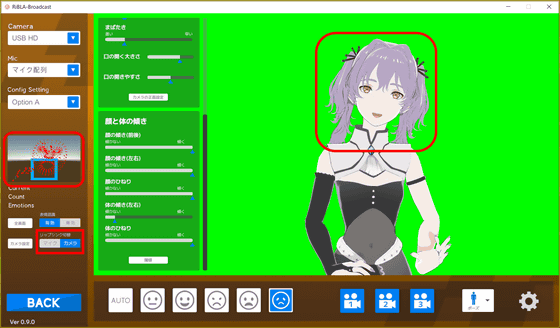 The character's facial expressions are similar to tracking, such as smiling when laughing or moody when frowning, but the five facial expressions of a straight face, a smile, a moody face, a troubled face, and a crying face are displayed with the icons at the bottom. You can also switch. 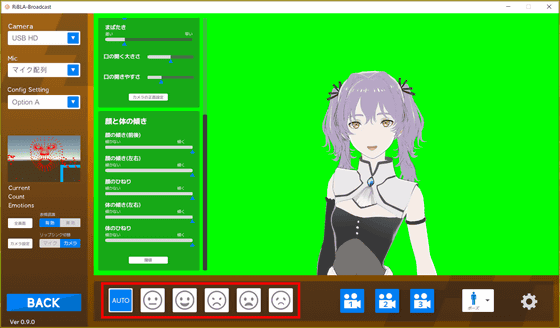 In addition, the camera icons 1 to 3 can be switched from the front, diagonally right, and diagonally above. 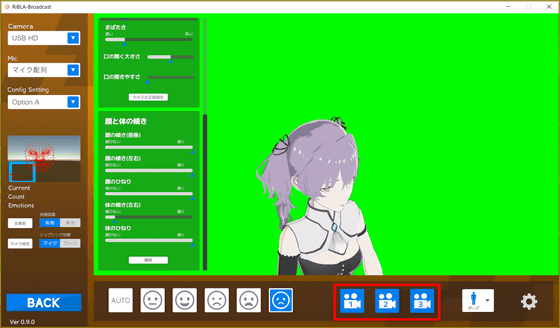 The posture can be switched in 3 patterns: 'upright', 'seating', and 'seating + arms fixed down'. 'Sit + arm fixed' is a posture that can be used when the arm is often lowered, such as when holding the controller or operating the keyboard during the game. 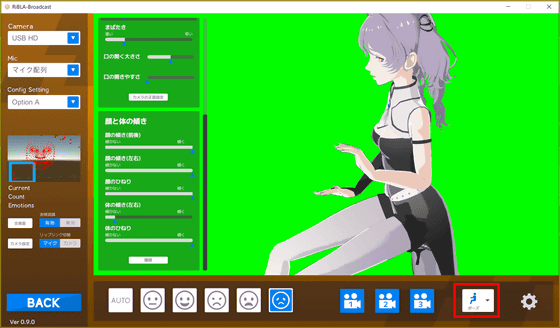 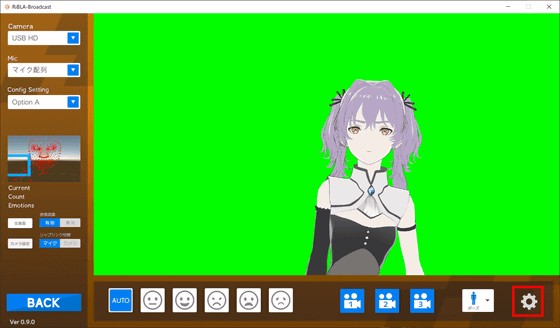 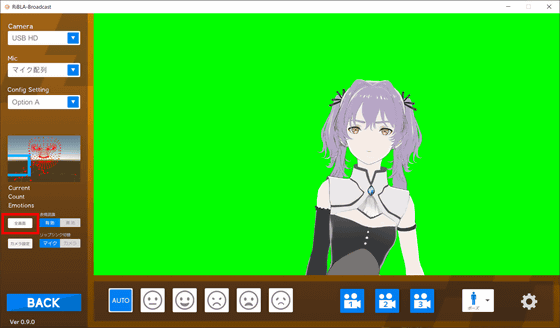 Only greenbacks and 3D character models will be displayed. 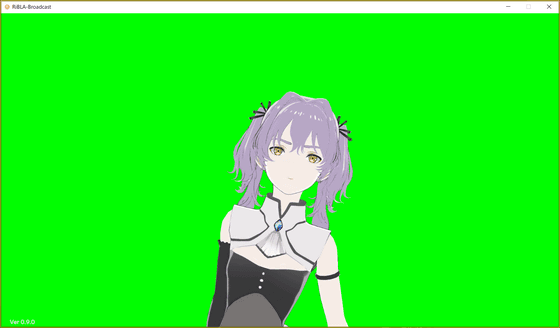 In this state, you can easily use it for video recording and live distribution by loading the window into distribution software such as OBS Stadio. In full screen display, move the mouse to the left edge of the screen to display the character display settings. 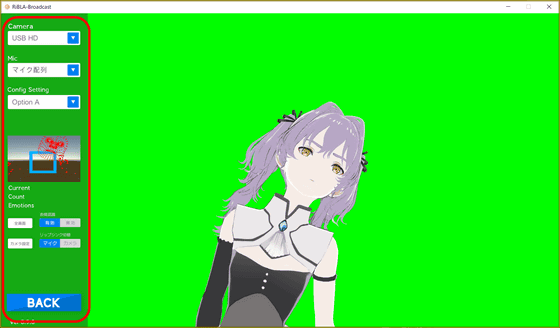 There are multiple tools that can become VTuber with a webcam, but the point is that RiBLA Broadcast (β) can also track fingers. Many free tools can track the raising and lowering of the arm, but the tool that can reflect the movement of the finger in real time is quite rare. Also, the UI of RiBLA Broadcast (β) is fairly easy to understand, so even people who 'do not know how to handle CG models' can easily use it. Also, since it supports VRM format, it is one of the big advantages that you can use the CG model used in other software.

The detailed terms for using RiBLA Broadcast (β) are described in the included PDF file, so please check the terms carefully before actually using it.