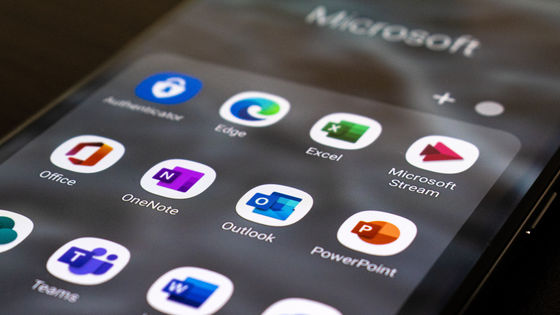 Microsoft has announced that it will disable macros in Office files by default to protect users from the various threats that exist on the Internet. 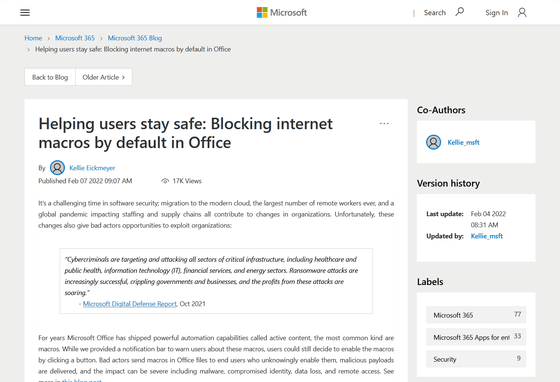 In recent years, cyber attacks targeting critical infrastructure such as healthcare, information technology, financial services, and the energy sector have surged. The number of ransomware attacks is also increasing, and the current situation is that government agencies and companies are struggling to respond.

For many years, Microsoft has enabled 'VBA (Visual Basic for Applications) macros' as a function to automate work in Office applications such as Excel, Word, and PowerPoint. Microsoft provides a notification bar that alerts users about VBA macros, usually by clicking a button in the notification area to enable the macro. However, malicious attackers are trying to run macros to install malware on user devices by spoofing the contents of macros or bypassing user authentication. To prevent this from happening, Microsoft has announced that VBA macros will be disabled by default in Office apps. 'We need to make it more difficult to enable macros in Office files retrieved from the Internet to protect our customers,' Microsoft said.

With this change, users will receive a warning message similar to the following if a macro is included in an Office file downloaded from the Internet. Clicking the Learn More button opens a web page with instructions on how to prevent end-user phishing scams and malware.

This will completely disable macros by default, so it is expected that many users, including home workers and information workers in managed organizations, will be safe. Microsoft notes.

This specification change applies only to Office apps on Windows devices. In other words, there are only five target apps: Access, Excel, PowerPoint, Visio, and Word. Specification changes will be rolled out from version 2203, which will be released on the latest channel (preview) in early April 2022. Microsoft says it will apply this change to Office LTSC, Office 2021, Office 2019, Office 2016, and Office 2013 in the future.

In addition, what to do when macros are included in Office applications downloaded from the Internet and how to unblock macros are summarized on the following page. 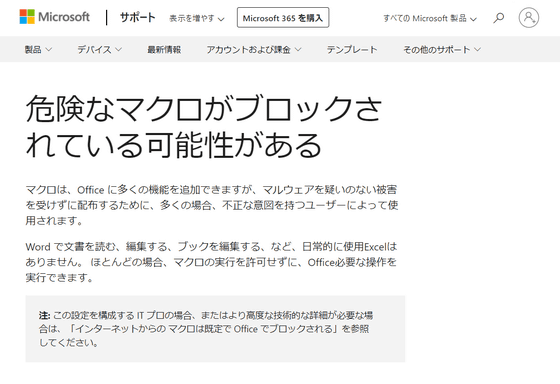