What is the problem that I found out by actually using 'Starlink' that can use the Internet anywhere via artificial satellites? 'Starlink' provided by the space company SpaceX is an internet service provided via artificial satellites, and has the advantage of being able to use the internet even in areas where infrastructure is inadequate. Many have posted

comments praising the service as 'amazing performance.' However, one of the users, engineer Jeff Gearing, points out several specific problems that exist in 'Starlink' after actually using the service.

I took down Starlink (but I haven't canceled) | Jeff Geerling
https://www.jeffgeerling.com/blog/2022/i-took-down-starlink-i-havent-cancelled 
The first problem that Gearing raised is access and expansion, that is , the difficulty of joining the service and the slow expansion of the service that was launched .

When the news that the public beta test of 'Starlink' will be carried out, Mr. Gearing, who is not very comfortable with the internet environment, applied for it that day to see if it could be an alternative, and from February 2021 I started using it. However, when the antenna was removed for roof construction, it has already been two months since Starlink itself was no longer used.

'If you don't use it anyway,' Gearing thought about transferring his antenna to a cousin who lived 70 miles away. However, 'transfer of antenna' is also a habit, and although it was explained as if it was possible by contacting the support staff, it is possible that it will actually be sent to the end of the same waiting line as 'waiting for antenna purchase'. It is said that it has a high sex. My cousin's internet environment is worse than Mr. Gearing, and since it only outputs a few kbps, I applied for Starlink in March 2021, but it is highly likely that I will lose.

In addition, although it was not possible to move the address of the antenna at the beginning, it was already supported at the end of 2021. However, regarding the contents of the Starlink application for his cousin, there was a report that what was originally planned to be used from 'mid-late 2021' was put back in 'late 2022', and Mr. Gearing said 'Elon. How credible is this number, given that Musk's other businesses are experiencing 'permanent' delays? '

However, when the router included in the kit becomes a new model, the Ethernet port is removed and only Wi-Fi connection is available, so if you want to make a wired connection, you need to purchase a dongle that costs $ 20 (about 2300 yen) separately. That.


And the cable that connects the antenna and the router has also been changed to a unique shape for the connector part. This cable is sold as a replacement for $ 60 (about 7,000 yen), but the contents themselves are just a category 5e LAN cable . 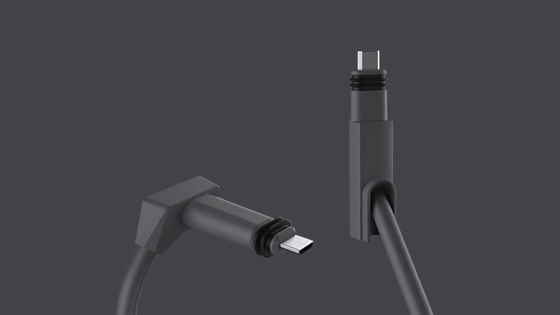 Gearing is 'ridiculous' about the abolition of this Ethernet port and the adoption of its own connector.

The third is power consumption . In the case of Mr. Gearing who uses a circular antenna, the power consumed by the antenna per day is 80W to 90W, and it can reach 140W especially on cold days and snowy days. Although the new rectangular antenna is suppressed to 50W in normal times, it seems that it will rise to 100W or more under harsh environments.

In addition, Mr. Gearing is concerned about ' Kessler syndrome ' because Starlink is a service that has been realized by launching a large number of satellites. Kessler syndrome is a state of 'self-propagation of debris' in which when the density of space debris (garbage floating in space) exceeds the limit, collisions between debris and debris with artificial satellites and other objects occur in a chain reaction. It is one of the simulation results of becoming.