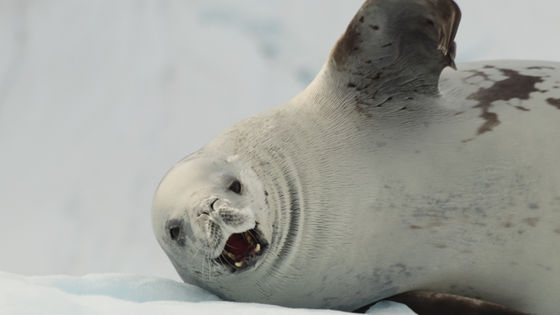 Research has shown that the Antarctic 'Sweets Glacier, ' which has often been reported to be melting, could collapse within five years amid growing concern about global warming.

Antarctica's'doomsday' glacier: how its collapse could trigger global floods and swallow islands
https://theconversation.com/antarcticas-doomsday-glacier-how-its-collapse-could-trigger-global-floods-and-swallow-islands-173940

The Swates Glacier is an Antarctic glacier that is about the same size as the United Kingdom, and is also called the 'end glacier' because it is thought that the water that melts and flows out of the Swates glacier accounts for 4% of the cause of sea level rise. Existence. It has been confirmed that the melting rate of the Swates glacier has doubled in the last 30 years, and it has been frequently reported as evidence that global warming is accelerating.

Why is the Antarctic 'Sweets Glacier', which scientists around the world are paying attention to, important in considering global warming? --GIGAZINE 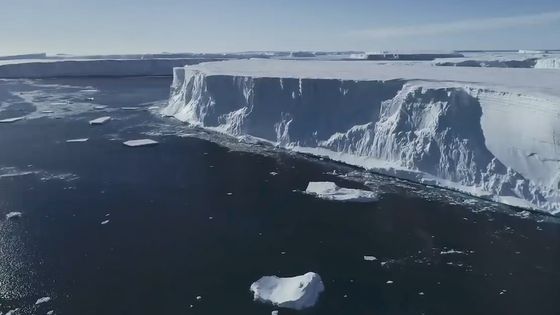 A study published by Perrin C. Pettit and colleagues at Oregon State University in December 2021 suggests that the Swates Glacier could collapse within five years. Data from sensors located below and around the ice shelves that support the eastern third of the Swaites Glacier show that seawater affected by global warming has already eroded the ice shelves from the bottom. It is said that cracks are running on the surface of the ice shelf. If the Swates Glacier completely collapses, it is said that the 'water volume that raises the world's sea level by 0.65 meters' will flow into the sea, but that is not the only problem. Once sea level rises 0.65 meters, it is believed that the rise will further melt glaciers around the world, creating a chain of sea level rises, and the final sea level rise can even reach several meters. It seems to get.

If the sea level rises a few meters, big cities around the world such as Tokyo, New York, Shanghai, Miami, and Mumbai may be flooded, and most of the land may be submerged in Kiribati, Tuvalu, Maldives, etc. There is sex. 'If this ice shelf collapses, sea level rise will proceed rapidly and directly,' Pettit commented.