What is the history of adventures around the headwaters of the Nile? 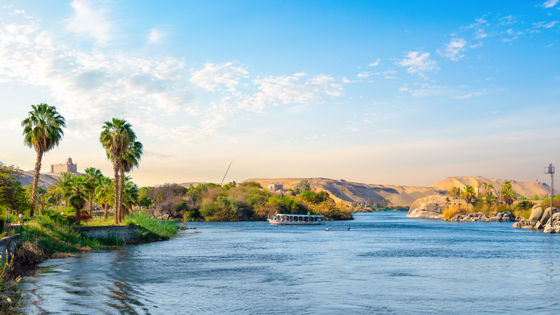 The quest to find the source of the world's longest river, the Nile, with a length of 6650 km and a basin area of 2.87 million square kilometers, was one of the most important scientific problems of the 19th century in Europe. Discover Magazine, a science-based article, explains this mystery challenged by many explorers.

The Source of the Nile River: A Mystery That Spanned Three Millennia | Discover Magazine

The Nile has played an important role in the oldest civilization in human history. It is believed that without a huge amount of water, the ancient Egyptians could not store wealth and power, and no pyramids were built. Explorer Christopher Ondaat, who continued to search for the headwaters of the Nile and wrote the record 'Journey to the Source of the Nile, ' said the ancient Roman phrase 'Nil,' which means trying the impossible. 'Caput quoerere (finding the head of the Nile)' is introduced, 'the mystery of the source of the Nile was a challenge for 3000 years.'

Interest in the Nile River has been high for a long time, and in the 5th century BC, the ancient Greek historian Herodotus mentioned the mystery of its origin, and in the 3rd century BC, Ptolemy II sent an expedition to find the origin. It is said that there are records such as slapstick. However, it was unclear whether they could find the source. There are several tributaries that can be traced up the Nile, but the two main ones are the

In 1855, Richard Francis Burton, an adventurer representing the British Empire who translated 'The Thousand and One Nights ', travels with John Hanning Speke, an officer of the British Indian Army, to find the source of the White Nile. Departure to. Attacked by local tribes, they continue their adventure while suffering from malaria, and they arrive at Lake Tanganyika in the eastern part of the African continent. Burton became the first European to see Lake Tanganyika as Speak was temporarily blinded by the disease, but it soon became apparent that a large river was flowing into Lake Tanganyika as well. Speak's eyesight was restored, but Burton collapsed due to illness, and Speak continued his adventure alone to reach the headwaters of the river that had flowed into Lake Tanganyika. He named it Lake Victoria and claimed that it was the true source of the Nile, but he said he couldn't map the entire Lake Victoria. Despite numerous adventures that followed, Ondaatje said the headwaters of the White Nile have not yet been revealed. When Ondaatje himself was also exploring the Africa, on Lake Victoria Kagera river which flows further Kagera river Burundi and the Republic of Rwanda that has arisen from the spring water, Lake Victoria water Speak has been claimed to be the headwaters is Although it flows through Lake Albert to the White Nile, it is confirmed that most of Lake Albert's water seems to flow from the Semuriki River in the Democratic Republic of Congo, and it seems that there are multiple rivers that are said to be the source. ..

'The Nile is powered by two large lakes and two rivers, not a single source. The discovery by Speak is one of the answers to the mystery of the headwaters of the Nile. It's just that. It's impossible to go back the path I followed because of political issues, and the mystery of the Nile remains unsolved. I think romance is still there. '