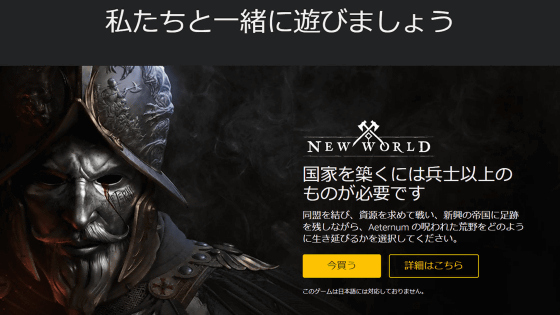 New World ' developed by Amazon reported that 'the video was deleted by Amazon's copyright claim.' Amazon is known for rigorously monitoring employees, but it has been pointed out that there is also a watchful eye for games.

Amazon Games Studios , Amazon's computer game development division, released the MMORPG 'New World' on September 28, 2021. Although New World is so popular that it has become 'the most played game on Steam in 2021', Amazon is still a 'new entrant' among AAA games.

Meanwhile, when the YouTube channel ' Video Game Databank ' pointed out a bug in New World in a video, the video was deleted due to copyright infringement. According to Video Game Databank, version 1.2 of New World has a serious bug in the process of 'creating a new tool', and in fact the player lost 40,000 coins due to the bug.

Video Game Databank contacted Amazon's customer support, but the problem wasn't resolved, so it showed where the bug was happening and released a video describing the bug as a 'fatal mistake.' Then, two hours later, it seems that the video was deleted because there was a allegation of copyright infringement from Amazon. Since this allegation was not automated by AI but was made manually, it can be read that Amazon intentionally deleted the video that is hostile to the game. 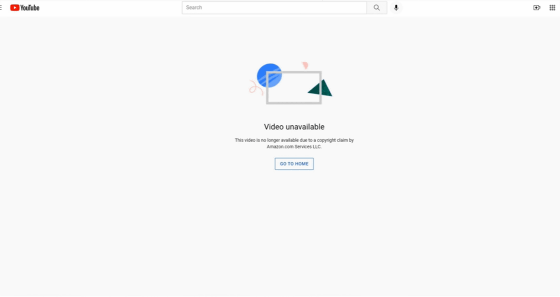 Video Game Databank has released the following videos about the series of steps in which videos were actually deleted due to copyright infringement.


Microsoft, which owns Minecraft, is generous with user-generated game videos, but Amazon has a 'watch eye,' says IT news site Neowin .

Hiding bugs is once a popular corporate tactic, but Google and Microsoft are moving to abandon these tactics because 'transparency' leads to trust. 'In order for Amazon to become a major player in the gaming industry, we need to change culture and achieve transparency among senior executives,' Neowin pointed out.