Steam turned out to stop accounts of more than 90,000 cheat players in 7 days 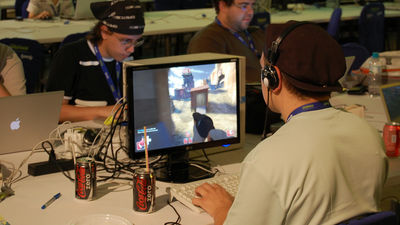 Steam is a distribution platform for PC games, and it is used by many users around the world. Such Steam has taken a tough attitude toward "Cheetah" who play illegal game using the cheat program, and in July 2018, Steam's account of more than 90,000 cheetahs in only 7 days It is reported that Valve, the operating company, stopped.

In July 2017 one year before the massive account suspension this time, Valve reportedly stopped accounts of more than 40,000 cheetahs in just one day . At this time , Steam Summer Sale began on June 23, 2017 , many cheetahs purchased games at discounted prices. Cheetah seems to have been doing a test play with cheat program in cheaply purchased game, and a lot of accounts came to a halt at a stroke.

A year after that, a lot of accounts were suspended on July 19, 2018 which passed weeks after the Steam summer sale which began on June 22, 2018. By type of account suspension, there are 61,419 stops of user accounts by Valve Anti-Cheat and 27402 prohibitions on specific game play by in-game reports.

As for the stop of the user account, more than 28,000 cases are executed on July 18, 2018 on the previous day, and it is calculated that more than 90,000 accounts were stopped in the last week. Valve does not disclose the reason why the account was stopped in one stroke at once.

Eurogamer, a game-related media that has reported massive account suspension by Valve, speculates that "A new cheat program not previously recognized as cheat was added to Valve Anti-Cheat" .