If you explain the container management platform 'Kubernetes' in an easy-to-understand manner even for beginners, it will be like this 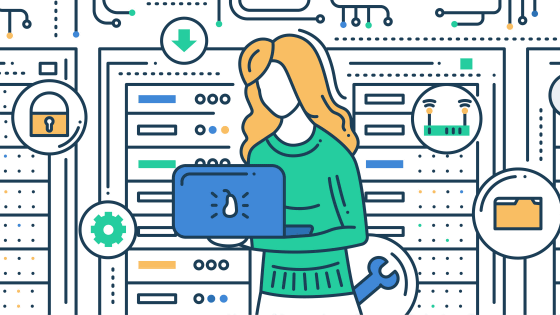 When learning about container technologies such as Docker , you may see the name of the container management platform 'Kubernetes (K8s)', but it is difficult for beginners to understand the mechanism and usage of Kubernetes. Backblaze, which operates a cloud storage service, summarizes the mechanism, usage, and convenience of Kubernetes.

If you explain container, Docker, Kubernetes in an easy-to-understand manner even for beginners, it will be like this --GIGAZINE 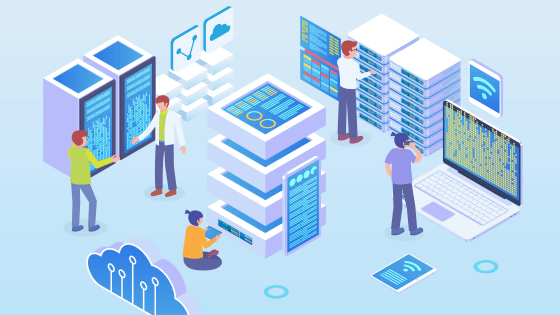 With the advent of container technology, it has become easier to ensure compatibility and move systems. However, if problems such as 'one of the containers goes down' or 'the number of users of web services managed by the container is increasing rapidly and the processing cannot keep up', the container itself can have a solution to the problem. It costs a lot. On the other hand, Kubernetes can manage a huge number of containers properly, so it is relatively easy to deal with the above problems.

Backblaze cites Kubernetes being used on the server of the popular smartphone game 'Pokemon GO' as an example of Kubernetes' high container management capabilities. In addition, the struggle of Google engineers at the time of Pokemon GO release is explained in detail in the following article. 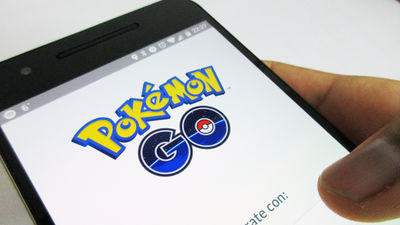 ◆ What is the basic mechanism of Kubernetes?
Kubernetes manages objects such as containers and resources in units such as 'pods ', ' nodes ', and 'clusters'. Below is a brief explanation of each.

Pod: The smallest unit of objects that can be managed by Kubernetes, including containers and storage resources. It is also possible to include multiple containers in one pod.
Node: A machine or virtual machine with one or more pods. Each node contains the services needed to run the pod
Cluster: A collection of multiple nodes

In addition to the above objects, there is a component called the 'control plane' that detects events and manages pods and nodes. 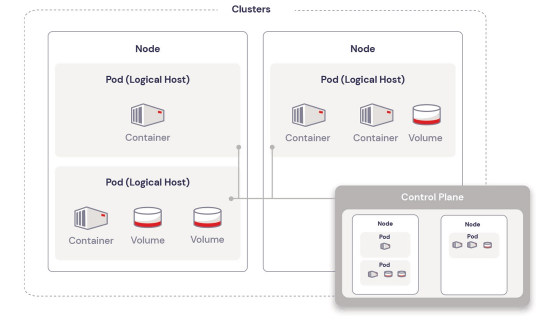 ◆ What is possible with Kubernetes?
When developing an application using a container, a method called 'microservice ' is generally used, in which the application is subdivided and implemented for each function. With Kubernetes, you can distribute microservices to each pod and use the following functions.

Scaling: Launch additional pods to balance the load as more users run your application
Automatic repair: If the response from the pod stops due to a code error or hardware failure, start a new pod and continue processing.
Load balancing: Move pods to other nodes when a node is heavily loaded
Storage orchestration: Allocate storage locally or in the cloud as needed

You don't need to make any changes to the application to use the above features, just make changes to the Kubernetes configuration file. 'Applications simply run microservices, and Kubernetes manages the complexities, which is a big advantage of Kubernetes,' says Backblaze. ◆ What is data persistence in Kubernetes?
If you use the internal storage of each machine when using Kubernetes, the data will be deleted when you delete the pod for some reason. Therefore, in order to prevent data deletion, it is necessary to build an environment that 'provides storage outside the machine and refers to the external storage when the pod is started or executed'.

Backblaze recommends the use of 'cloud storage that can expand the storage area infinitely' as a place to build external storage.