Canonical , the provider of the Linux distribution Ubuntu, announced on October 15, 2020 that it has added high availability (HA) cluster building capabilities to its lightweight Kubernetes MicroK8s . Even with Micro K8s, which was previously specialized for single nodes, it is now possible to build highly available multi-node clusters.

Now that container virtualization technology has become popular, Kubernetes, a container orchestration tool, is used by many services as the basis of applications. Kubernetes has been adopted as an infrastructure for large-scale services such as Pokemon GO and Mercari because of its scalability to increase or decrease the number of containers among multiple machines and flexibly adjust resources according to the load.

Why was Google's 'Kubernetes' so successful that it supported Pokemon GO and Mercari? --GIGAZINE 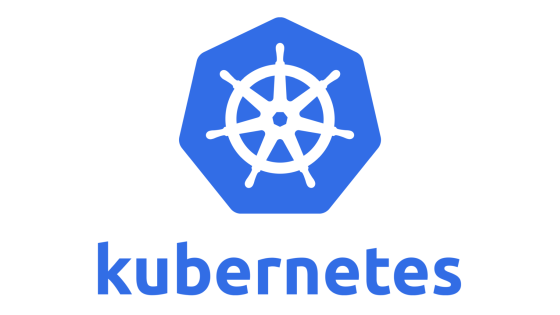 MicroK8s is a lightweight Kubernetes distribution that can be used on Windows, macOS, and Linux, and features the ability to easily build a Kubernetes environment locally. Micro K8s has been used in IoT and development environments so far, but with the addition of the HA cluster construction function in version 1.19, it can now withstand use in production environments where availability is important. thing.

The HA cluster construction function is realized by '

Dqlite ' developed by Canonical. Dqlite is a database that adds high availability and automatic failover functions to SQLite , and implements data distribution functions based on the distribution agreement algorithm Raft . MicroK8s combines distributed technologies such as Dsplite and distributed datastore etcd to realize HA cluster functions such as automatic selection of nodes to be datastores. 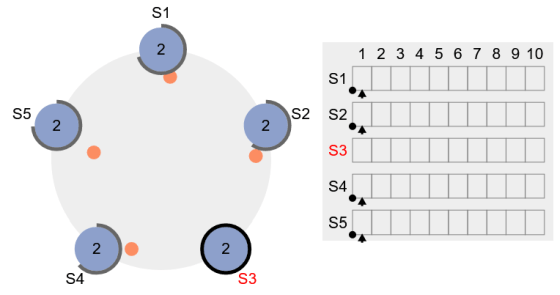 Below is a demo movie that actually constitutes an HA cluster with Micro K8s.


At least 3 nodes are required to configure an HA cluster with MicroK8s. In the demo movie, 3 instances of virtual machines are prepared on the cloud. 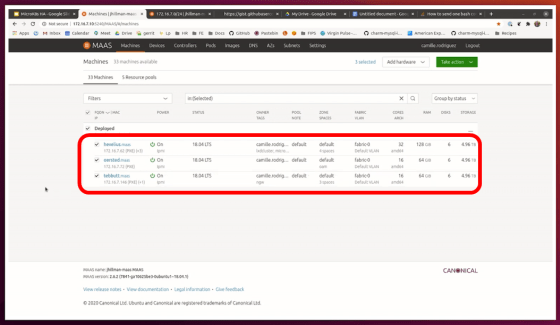 Install Micro K8s on each node. 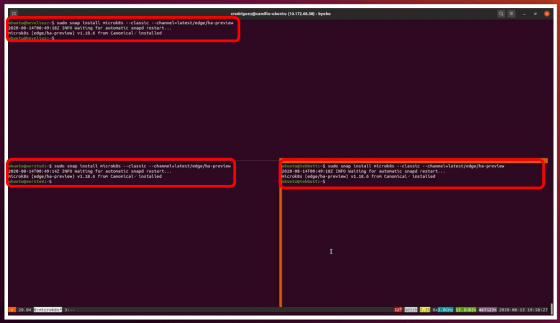 When I ran the previous command on another node, the node was added to the cluster.

With just this operation, it is possible to build a Kubernetes cluster with a 3-node configuration. MicroK8s, which can use Kubernetes even in a small environment such as IoT, supports HA clusters, so Kubernetes can be fully used on the edge of remote branch offices, retail stores, automobiles, etc. It is now possible to build it. Canonical's enterprise support for MicroK8s is also available with the release of MicroK8s version 1.19.