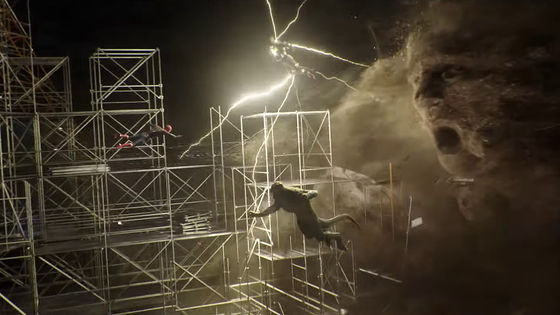 A new trailer for the

movie 'Spider-Man: No Way Home ', where Spider-Man's nemesis gather across multiple universes, has been released. The appearance of Dr. Octopus and others has already been released, but the new trailer will increase the volume of the battle scene and show that Peter will face a tougher battle than ever before.


In the previous work ' Spider-Man: Far From Home ', it was reported all over the world that Spider-Man was actually Peter Parker.

Doctor Strange tried to erase the memories of people all over the world, but instead, he invited uninvited guests from another universe ...

One of them, Dr. Octopus, overwhelms Peter and holds it down to a concrete pillar, but mutters, 'You are not Peter Parker ...'.

Three Peters asking Octopus for their name. He laughs, 'Is that your real name?' In response to 'Dr. Otto Octobius.'

And this look of octopus.

Spider-Man in a black and gold suit. Bullish MJ said, 'Please,' to the strange 'Help them to return to the original universe.' 'They are destined to fight Spider-Man and die,' Strange said. And Peter is forced to struggle.

There is a passing between Strange and Peter ...?

'Don't get in the way,' Electro said.

Spider-Man falling into the 'hole' of the world, and Strange.

The appearance of the Green Goblin.