Acquired immunodeficiency syndrome (AIDS) is triggered by infection with human immunodeficiency virus (HIV) and develops 'optimal infection' in which the immune function is lost and the virus is infected with a virus that would not normally be transmitted. It is a disease that causes malignant tumors. Although AIDS can be controlled with drugs to prevent it, it is very difficult to completely remove HIV from the body. Meanwhile, Massachusetts General Hospital reported the second case in the world, 'The case where HIV completely disappeared from the body without performing hematopoietic stem cell transplantation after being infected with HIV'.

In Extremely Rare Case, a Woman With HIV Has'Cleared' The Virus Without Treatment
https://www.sciencealert.com/extremely-rare-case-suggests-woman-was-naturally-cured-of-the-hiv-virus

'Hematopoietic stem cell transplantation' is being studied as a treatment method. This is a method of eliminating white blood cells that are not eroded by HIV by transplanting bone marrow that produces white blood cells that are resistant to HIV. Several cases have been reported in which HIV almost disappeared from the body using this hematopoietic stem cell transplantation. 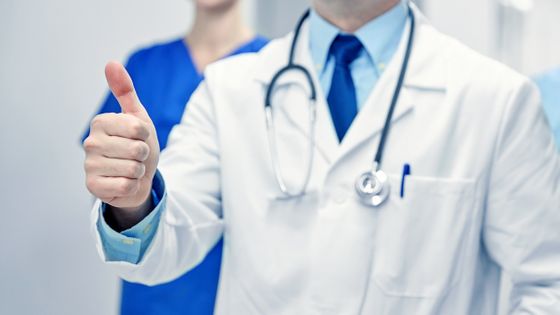 And, in rare cases, there is a person called 'elite controller' who suppresses the amplification of HIV without administration of antiretroviral drugs and does not develop AIDS. Elite controllers know that one of the immune cells in the body, a type of killer T cell , suppresses the virus. Shu Yu, a researcher at the Ragon Institute at Massachusetts General Hospital, said he was studying an elite controller for HIV and identified patients with no HIV virus sequences on their genome from the state of the virus reservoir in 2020. Announced in. This patient is called 'San Francisco Patient', and the base sequence for making new HIV was not found from the base sequence of cells all over the body. The San Francisco Patient is the first example of the world's ability to eliminate HIV from the body without hematopoietic stem cell transplantation.

And this time, Mr. Yu's research team announced 'Esperanza Patient', which is the second case in the world. The patient was diagnosed with HIV in 2013, but after eight years of follow-up and 10 viral load tests, the HIV genome has disappeared from more than 1.19 billion blood cells and 500 million tissue cells. It was said that. The patient had not received a hematopoietic stem cell transplant.

'This time, the second case of HIV disappearing from the body without stem cell transplantation was confirmed, suggesting the feasibility of HIV removal treatment. We are receiving ART. We are investigating the possibility that vaccination can induce the same immunity as the case confirmed this time, and our goal is to train the immune system so that the virus can be eliminated without ART. ' Did.