'Round head' is prevalent in China, and some parents try to round their baby's head with orthodontic appliances 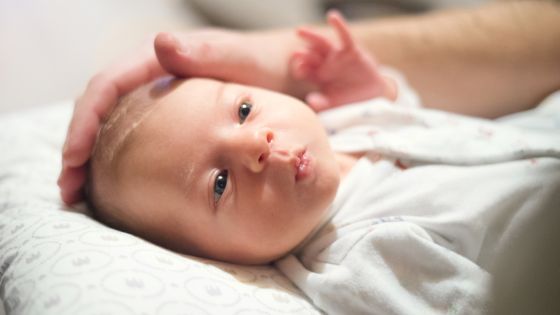 The standard of beauty differs depending on the region and culture , such as the one with thick eyebrows is considered to be beautiful, and the one with dark face is considered to be beautiful. In China, the idea that 'a round head is more beautiful' has become widespread in recent years, and it has been reported that some parents use orthodontic appliances to round their babies' heads.

New fad in China has parents putting helmets and moulds on their babies to make their heads more round | South China Morning Post
https://www.scmp.com/news/people-culture/trending-china/article/3154152/new-fad-china-has-parents-putting-helmets-and

Chinese Parents Are Putting Molds on Babies' Heads to Keep Their Skulls Round
https://www.insider.com/chinese-parents-putting-molds-babies-heads-keep-skulls-round-2021-11

According to the South China Morning Post, 'flat heads and large foreheads' were believed to be 'a sign of good luck' in China decades ago. However, in recent years, the idea that 'a round head is more beautiful' has become widespread, and many 'posts lamenting that the head is flat ' have been gathered on the Chinese version of Twitter Weibo.

In China, an attempt to 'round the head with an orthodontic appliance when the newborn's head is soft' is popular. For example, China's SNS ·

small red certificate to the public a certain mother 'to ignore the dissenting opinion of the family, I have decided to correct the shape of a baby's head' entitled correction record. Among them, 'The baby slept on his back, so his head seemed to be flat.' 'Take the baby to a local clinic and make a special orthodontic appliance that matches the shape of the head. 'I know how much pain a'flat head'causes for a beauty-seeking woman. I don't want my baby to worry about the shape of his head.' It was written.

In this mother's post, there were comments in favor of 'The current suffering from correction is for the beautiful head of the future. Your baby will grow up thanks to your efforts!' And 'Baby is sleeping.' The shape of the head is automatically adjusted by turning over to the baby. Please do not give the baby pain due to correction. '

At the time of writing the article, Alibaba.com, a major online shop in China, has a lot of 'pillows that claim the effect of correcting the shape of the baby's head'. 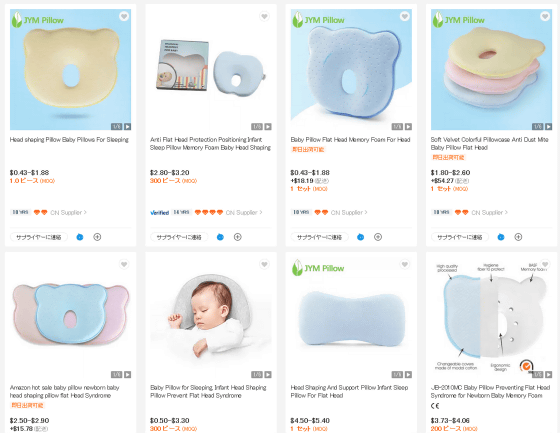 In addition, Amazon.co.jp also sells pillows that appeal to the same effect at a price of over 10,000 yen. 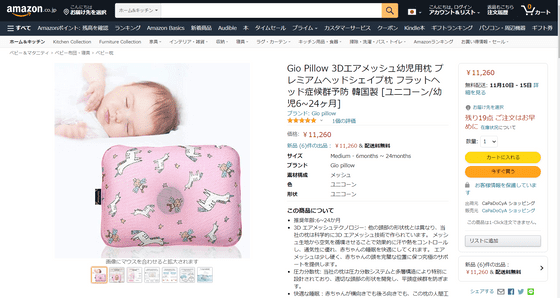 As mentioned above, products that correct the shape of the baby's head are sold not only in China but also in Japan. However, Guo, who works as a pediatrician in Nanjing, China, said, 'For the development of the skull, orthodontic helmets are sometimes used for therapeutic purposes. You should rely on the diagnosis, but it doesn't make sense to modify the shape of the baby's skull for cosmetic purposes. It may only reflect the anxiety of the parents in the children, 'he said. We are calling for you to stop using orthodontic appliances.