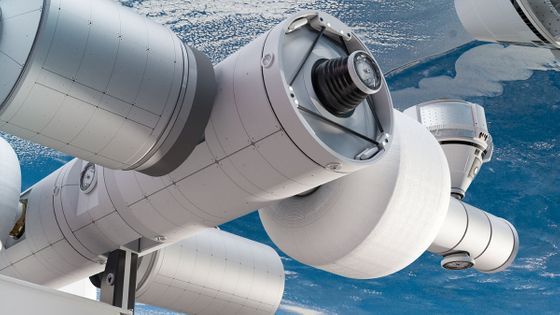 The space development company Blue Origin , founded by Amazon founder Jeff Bezos, has announced plans to build a commercial space station, the Orbital Reef. Orbital Reef is said to be a facility that can be used for commercial purposes such as research and development, tourism, and movie production in outer space, and is aiming to start operation in the latter half of the 2020s. 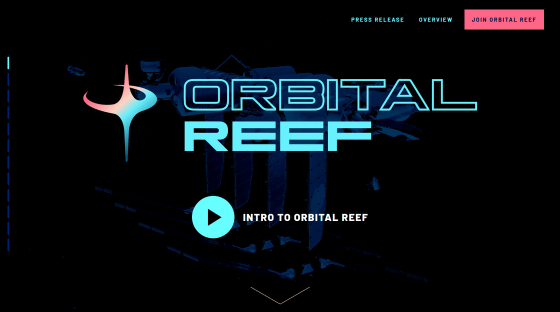 Blue Origin is focusing on space travel and other commercial services.In July 2021, founder Bezos boarded a Blue Origin spacecraft to complete space travel , and in October. William Shatner, who played Captain Kirk in ' Star Trek: The Original Series,' also made a space trip.

'For over 60 years, NASA and other space agencies have been developing space flight and residence in orbit for more than a decade,' said Brent Sherwood, vice president of advanced development programs at Blue Origin. The commercial business is on track. ”“ We provide amenities and services to increase access, reduce costs and make space travel common. Vibrant business. The ecosystem will grow on track, creating new discoveries, products, entertainment and global awareness. ' 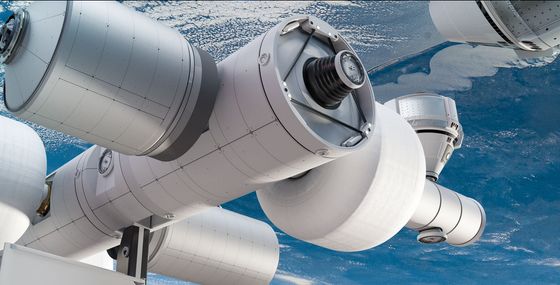 In addition to Sierra Space, Orbital Reef is backed by space exploration companies and universities such as

Boeing , Redwire Space , Genesis Engineering Solutions , and Arizona State University. Sierra Space will manufacture expandable habitation modules, Boeing will be responsible for the operation and maintenance of the Orbital Reef, and Redwire Space and Genesis Engineering Solutions will be responsible for solar arrays and small spacecraft for extravehicular activities. Will be manufactured.

The orbital reef has a large window facing the earth, and travelers can comfortably enjoy the micro-gravity space while seeing the beauty of the earth. The orbit is at an altitude of 500km, which is slightly higher than the ISS, and sailors can see the sunrise and sunset 16 times a day. 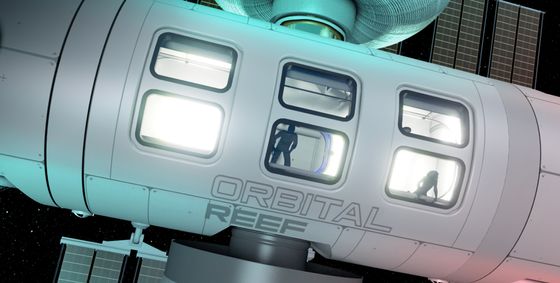 Commercially developed, owned and operated as a 'multipurpose business park in outer space', Orbital Reef provides a 'low earth orbit address' that can be used and rented by everyone, including transportation of goods, electricity, and electricity. We will also sell services necessary for business such as cooling equipment, high-band communication, and security. Blue Origin says that at Orbital Reef, it is possible to do business that matches the user's vision, such as movie production under microgravity and sales of 'space hotels'. 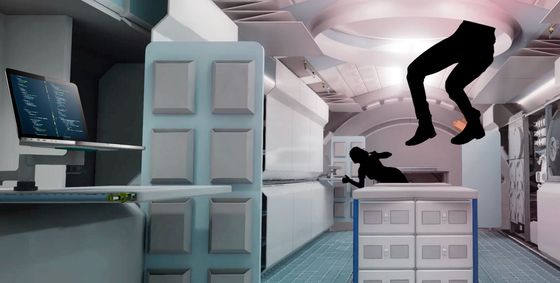 Orbital Reef also provides a spacious laboratory necessary for basic research and application development, time rental for engineers working in space, and a dedicated closed hatch module for physics, biology, and so on. He explains that earth science, new product development, testing of exploration systems, etc. will be easier than ever. It has been pointed out that the ISS, which has been used as a manned experimental facility for many years, is aging in recent years. To Russia, which plans to withdraw from the ISS in 2024, the United States has proposed an extension of operations until 2030 , after which private space stations are expected to take over. NASA is a 'commercial low-Earth orbit and Development (CLD)' program in 2021 July publication has said, and to implement the funding for the commercial space station developed for businesses of 2 to 4, orbital Reef Finally, he hopes to secure NASA funding.