A new record that sets the lowest temperature observed in the laboratory, creating the 'coldest place in the universe' on Earth, which is as close to absolute zero as possible. In August 2021, a German research team announced that they had succeeded in an experiment to cool a substance to '38 picokelvin (38 degrees 1 trillion)', which is very close to -273.15

degrees Celsius, which is absolute zero. This temperature is lower than any cold condition researchers have ever created in the laboratory, so the team calls it 'one of the coldest places in the universe.'

Scientists just broke the record for the coldest temperature ever recorded in a lab | Live Science
https://www.livescience.com/coldest-temperature-ever

Absolute zero is the temperature at which a substance, which is thermodynamically described as 'a state in which there is no movement of atoms,' becomes the coldest. When it reaches this state close to absolute zero, matter begins to show various properties that it has not shown before, but the one that is said to be particularly strange is the phenomenon called 'Bose-Einstein condensation'.

This Bose-Einstein condensate is called the 'fifth state of matter' following the 'gas, liquid, solid, plasma', and the matter shows wave-like properties and the whole group of atoms is like one big atom. Since it behaves, it is an attractive research theme for physicists who are studying the essence of matter such as the mechanism of elementary particles. 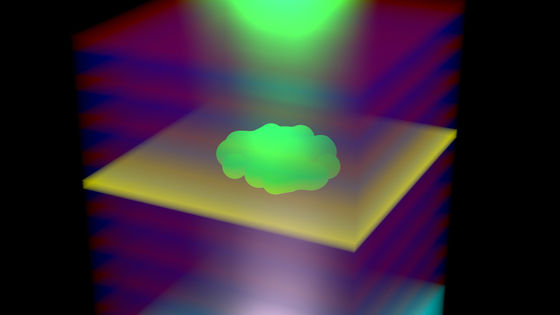 Scientists have repeatedly conducted experiments to cool matter as much as possible in order to study the Bose-Einstein condensate, but until now, the atom has moved due to the influence of the earth's gravity, and the atom has stopped. In other words, I had the problem that it was difficult to create a state close to absolute zero.

Therefore, the research teams of Leibniz University Hannover and the University of Bremen Center for Applied Space Technology and Microgravity dropped the experimental equipment freely inside a facility called 'Fallturm Bremen'. I conducted an experiment to cool the substance in. The research team first put 100,000 rubidium atom gas in a vacuumed container, magnetically confined it, lowered the temperature to 2 nanokelvin (2 billionths of a degree), and condensed Bose-Einstein. It was generated.

Then, the experimental equipment was dropped 120 meters freely to make it weightless, and at the same time, the magnetism inside the vacuum vessel was switched on / off. When the magnetic field disappears, the gas expands, and when the magnetic field is created, the gas contracts again. By repeating this quickly, the gas stops moving and the temperature can be effectively lowered. 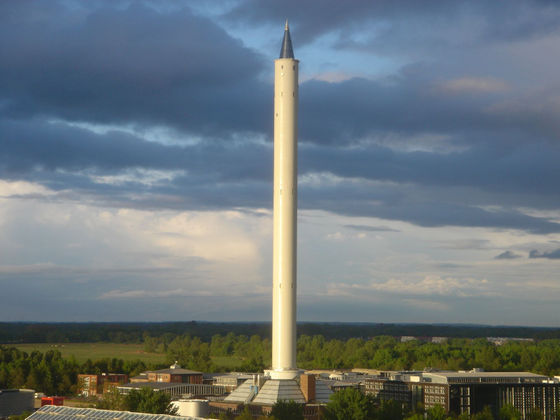 The experiment also draws attention to the fact that the state of near absolute zero was maintained for '2 seconds', which is a very long time from this extreme state. According to a computer simulation conducted by the research team, it is theoretically possible to maintain an ultra-low temperature state for up to 17 seconds by applying the technology called 'matter wave lens' used this time.

The research team is a very accurate measuring machine that measures the rotation and motion of atoms and slight changes in gravity acting on atoms by advancing Bose-Einstein condensation, which makes matter have wave-like properties, so-called interference. It is said that it is possible to develop a meter and further develop research on the basic theory of physics.