What has evolved in the 'GoPro HERO10 Black', which looks almost the same as the previous model? I compared it with GoPro HERO9 Black 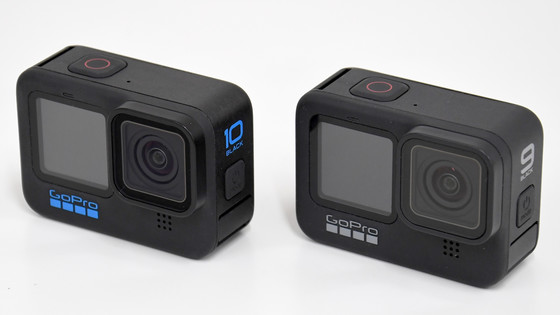 You can understand the appearance of the GoPro HERO10 Black body by reading the following article.

Photo review of 'GoPro HERO10 Black', an action camera that can shoot 5.3K video and has an advanced processor --GIGAZINE ◆ I tried shooting 5.3K / 60fps video with GoPro HERO10 Black
Whereas the previous model GoPro HERO9 Black was able to shoot at a maximum resolution of 5K, the GoPro HERO10 Black can now shoot images at a maximum resolution of 5.3K (5312 x 2988 pixels). The following movie is a 5.3K / 60ps video actually shot with GoPro HERO10. The settings are 'Linear' for the lens, 'Boost' for HyperSmooth for digital image stabilization, 'Flat' for the color, 0 for the EV value, and the ISO is automatically set to a minimum of 100 and a maximum of 1600.


When I actually shoot a video, I get the impression that the 5.3K video is more detailed than the 4K video that can be shot with a smartphone. However, like the movie above, if you upload a 5.3K video to YouTube, it will be released at a maximum of 5K according to the YouTube specifications. Therefore, if you include the video you shot, you may not be able to benefit from the 5.3K resolution of GoPro HERO10 Black at the time of writing the article.

The following image shows the scenery taken in photo mode with the resolution set to 5.3K. The color is 'clear' and the shooting setting is automatic, but when you look at the data, it says 'ISO sensitivity is 125, aperture value is f / 2.5, shutter speed is 1/958 second'. Since the resolution of the original image is 5568 x 4176 pixels and the file size is huge at 10MB, the EXIF information is deleted and the lancoz is set to 25% and the image quality is set to 95%. Front. The GoPro HERO10 Black has a blue logo. 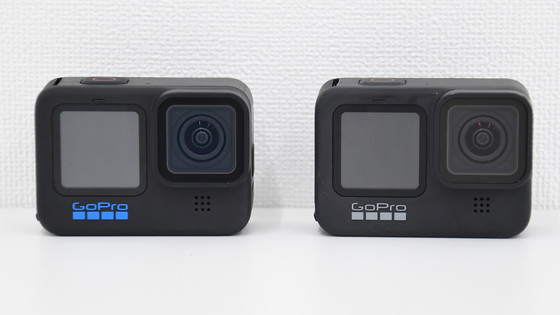 The back is the same. 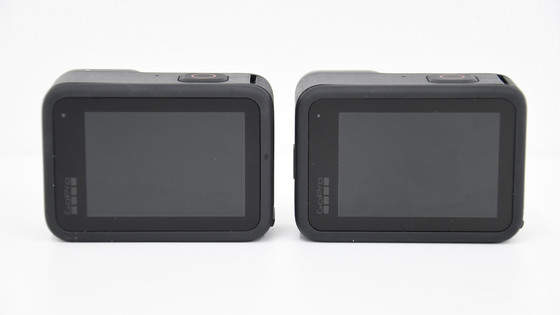 The color of the logo drawn on the right side is also blue. 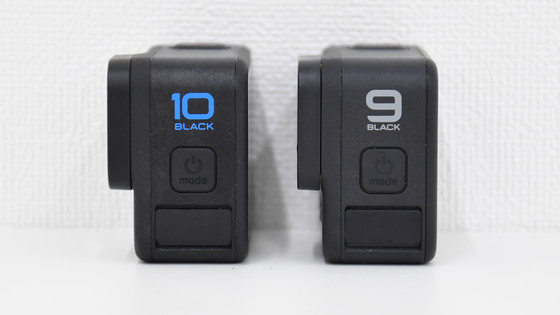 The left side is exactly the same. 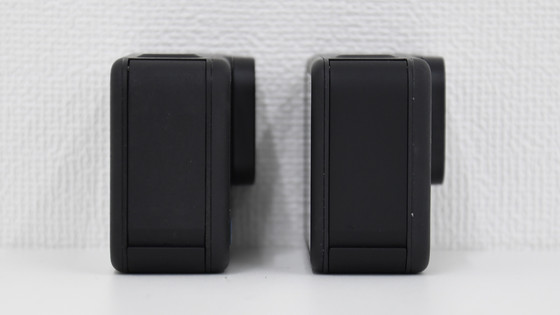 From the top, you can see that the depth of the camera module and the position of the buttons are the same. 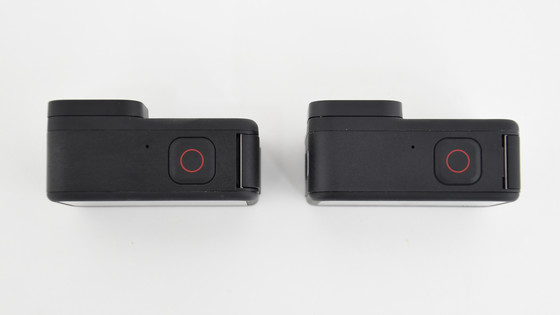 The bottom is the same. 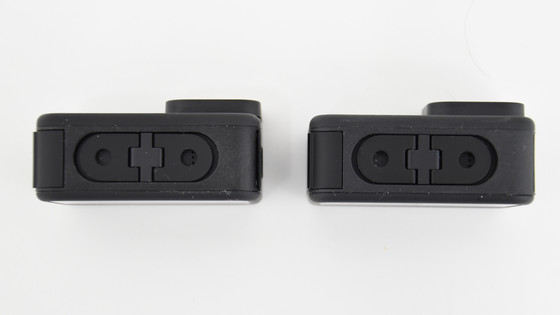 The GoPro HERO10 Black looks exactly the same as the GoPro HERO9 Black, but the proprietary image processor has evolved into 'GP2' and the overall performance has been enhanced. So, as you can see in the following movie, I tried to start it at the same time and compare the operation feeling. As a result, it turned out that GoPro HERO10 Black has a faster startup time of about 1 to 2 seconds. In addition, the refresh rate of the touch display on the back has been improved, giving the impression that scrolling has become smoother and operability has improved.


Also, with the GoPro HERO10 Black, you can play the recorded video by swiping up from the bottom edge of the rear display as in the previous model. However, unlike the previous model, the 'i' icon is now displayed in the upper right corner. 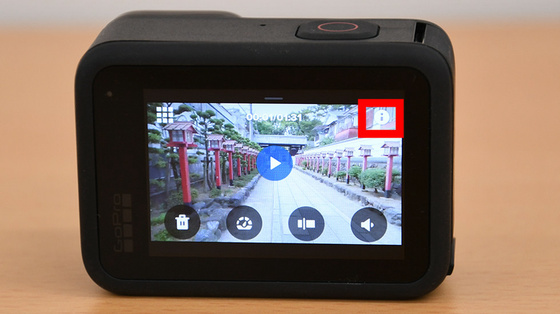 By tapping this 'i' icon, you can look back at the settings of the recorded video. I couldn't look back at the shooting settings such as the lens, HyperSmooth, color, and ISO sensitivity of the videos I shot so far, so this is a pretty nice addition. 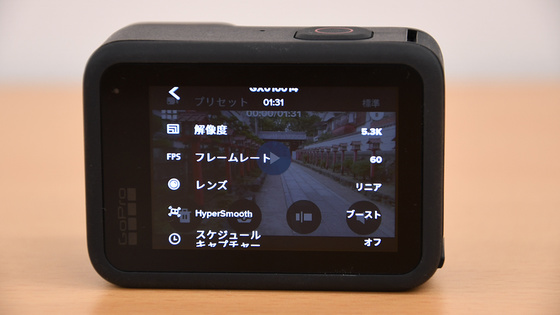 Next, I installed the GoPro HERO10 Black and GoPro HERO9 Black side by side on

the gorilla pod rig and compared the images shot at the same time. 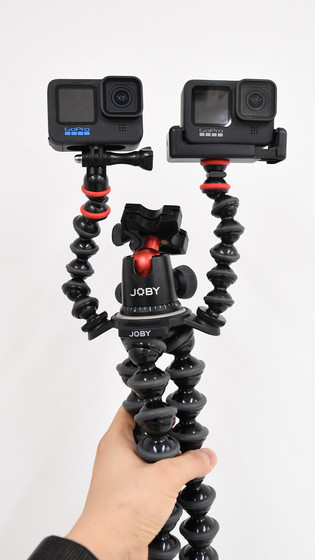 The following movie was actually shot with GoPro HERO10 Black in natural and GoPro HERO9 Black with GoPro at the same time. In addition, Hypersmooth was set to 'boost' where the correction is the strongest, but GoPro HERO10 Black seems to pan the camera at a uniform speed as if it was moved by a machine with the movement when changing the direction of the camera. You can see that the correction is considerably stronger.


The color of the blue sky is especially different from GoPro and natural. The image below is a blue sky taken with GoPro HERO10 Black and GoPro HERO9 Black, and you can compare the shades by moving the bar in the center left and right. The GoPro HERO9 Black's GoPro settings (above) have a fairly vivid shade, but the GoPro HERO10 Black has a relatively subdued shade. Natural is recommended for those who say, 'GoPro is a little more saturated and rugged, and flat looks faded.'

I also compared the performance of shooting in the dark with GoPro HERO10 Black and GoPro HERO9 Black. First of all, I took a picture of the bottom of the bridge, which is dimly shaded. The EV setting is 0, and the ISO sensitivity is set to automatic with a minimum of 100 and a maximum of 1600.

The next movie was shot at the same time while taking a walk at midnight.


Compared to the GoPro HERO9 Black image, which is a little reddish and has a relatively large amount of noise, the GoPro HERO10 Black has the impression that 'the dark areas can be shot properly in black', but the image is almost the same in the dark areas. There was no particular change in the brightness.

When actually using it, the GoPro HERO10 Black looks almost the same as the previous model, but the processing performance has improved and it can be operated crisply, and HyperSmooth has been strengthened and camera shake has been greatly reduced. I got the impression that the details are evolving, such as being able to shoot in a new color called natural. On the other hand, there was not much change in the shooting performance in the dark, and the increase in the maximum resolution from 5K to 5.3K did not seem to be a big benefit. In addition, GoPro HERO10 Black can now send the shot movie to the smartphone by wire, and it is possible to transfer data with a large file size at explosive speed, so later actually GoPro HERO10 Black will actually be wired to the smartphone. I will publish the article that I tried to send the data.

GoPro HERO10 Black can be purchased at the official store , and at the time of writing the article, only the main body can be purchased for 54,000 yen including tax. In addition, it is handled by Amazon.co.jp, and you can purchase a set of the main body, a 5-year warranty, a 64GB microSD card, a side door with a charging port and a sticker for 77,600 yen. 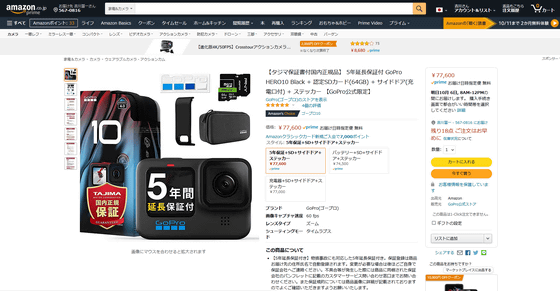