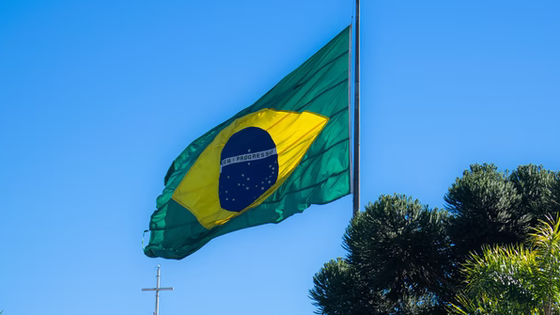 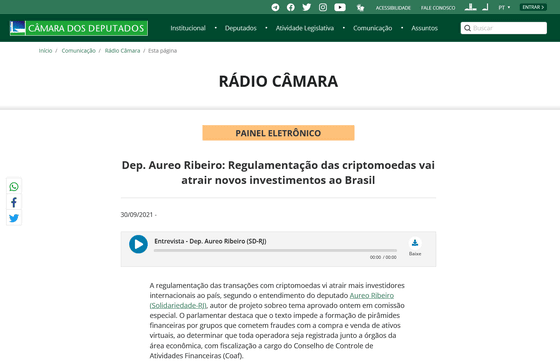 This was mentioned in an interview by center-leftist Atassut leader Aureo Ribeiro of Rio de Janeiro. The audio of the interview is available on the official website of the Parliament, 'Câmara dos Deputados'.

Many people in Brazil are exposed to crypto assets such as Bitcoin, but there is no law to regulate crypto assets and it is not legally recognized as a currency. The 'Bitcoin bill' being promoted by Congressman Ribeiro can be said to be one of the steps to make crypto assets available as legal tender by making money laundering using crypto assets a felony.

Already, the central bank and the Brazilian Securities and Exchange Commission have talked about the handling of crypto assets, and if the bill passes the House of Representatives, it may be possible to buy houses, cars and even McDonald's burgers with Bitcoin. Said Ribeiro, the outlook.

In El Salvador, which established the world's first law to make Bitcoin legal tender, international remittances from people working overseas account for 20% of GDP, so that crypto assets that do not require handling fees can be used. In that case, there was an advantage that the annual fee of 44 billion yen could be saved. However, some people wanted to continue using cash, and demonstrations took place on the day the law came into effect.

On the other hand, in Brazil, there is a survey result that 48% of the people agree to the legal tender of Bitcoin.

But Valeria Garcia, a Brazilian lawyer and crypto investor, said, 'I don't think (fiat) is a good thing. The government wants to tax crypto assets and puts banks in. As a leader, I want to set the rules. '

Hi, I'm a lawyer from Brazil and I dont think its actually a good thing. They want to tax crypto and They want to the bank be the leader and say the rules. This were In discussion last week