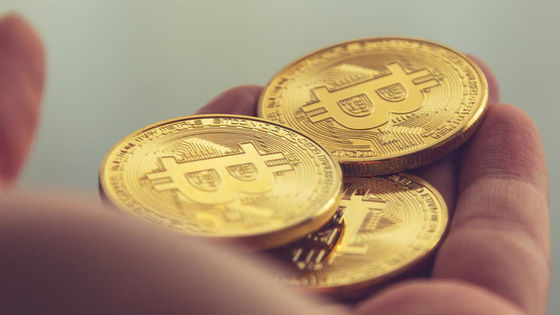 The law to make Bitcoin, a crypto asset, a legal tender was enforced in El Salvador on Tuesday, September 7, 2021. 'Making crypto assets into legal tender' is the first case in the world. In June 2021, El Salvador, a small country in Central America, passed a bill to 'adopt Bitcoin as legal tender'. The law came into effect on Tuesday, September 7, 2021, and Bitcoin officially became the legal tender. This is the world's first case where crypto assets become the national legal tender.

In El Salvador, international remittances from people working overseas account for 20% of GDP, and there were problems such as a handling fee of 10% and a long time to deposit, but if it is a crypto asset, this is The problem is gone and it is expected to save $ 400 million in annual fees. In addition, 70% of the people do not have a bank account or credit card, but crypto assets have the advantage of being accessible without a bank account.

On the other hand, crypto assets have the big disadvantage that the price fluctuates sharply, and experts have raised concerns. Also, in the opinion poll, many people answered that they would continue to use cash instead of Bitcoin, and some said that it would take time to be accepted. As you can see from this view, there are street demonstrations against the introduction of Bitcoin on the day of enforcement.

The El Salvador government has installed 200 'Bitcoin ATMs' nationwide in line with the enforcement of the law. In addition, we have prepared a cyber wallet application 'Chivo' for purchasing and using Bitcoin. However, 'Chivo' was scheduled to be released at midnight on September 7, but it was not released on schedule, and President Nayib Bukele tweeted anger to Apple, Google, and Huawei.

In addition, when setting up the wallet, you can receive bitcoins worth $ 30 (about 3300 yen), but when entering data for setup, there is also a problem that setup does not proceed due to insufficient server capacity. .. This issue has been resolved by switching to a larger server.

President Bukele announced that he has purchased a new 150 BTC (about 780 million yen) in line with the legal tender of Bitcoin.

It appears the discount is ending ????

Thanks for the dip @IMFNews . We saved a million in printed paper.

Although the Bitcoin market plunged on September 7, if you check the weekly movement on the bitFlyer chart , you can see that it has returned to the level of September 2. 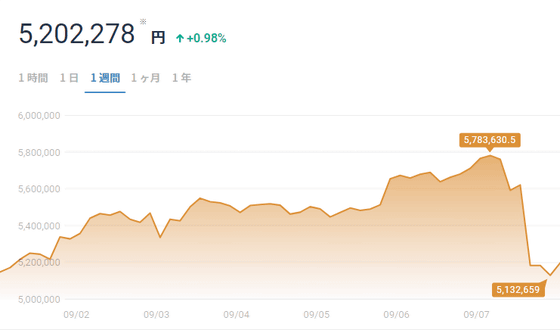 In addition, it can be confirmed that the price is higher on a monthly basis than in early August. 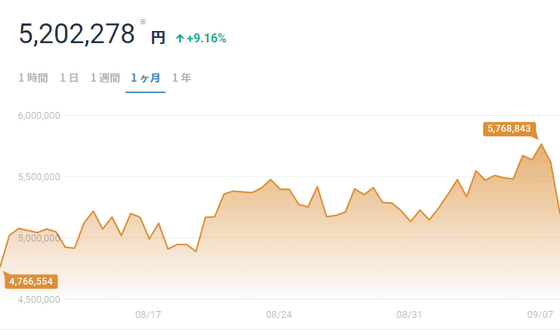