Unicode 14.0 adds 37 items such as 'melting face' and 'pregnant person' 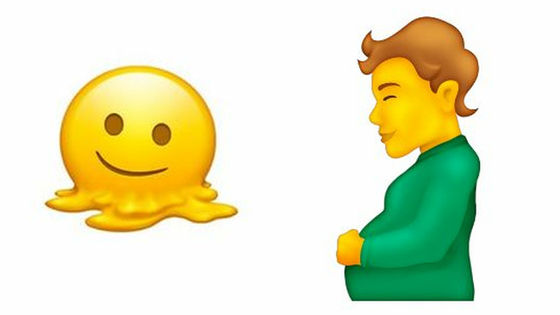 In Unicode 14.0, newly released by the Unicode Consortium, Arabic letters for Koran, ancient Albanian letters that are being used again in modern times, and Tangsa letters that there are about 100,000 speakers in India and Myanmar. A total of 838 characters and 5 types of scripts have been added.

In Unicode 14.0, 37 new emojis have been adopted based on the guidelines for submitting emojis set by the Unicode Consortium. Below is a list of all emojis added in Unicode 14.0 compiled by Emojipedia, a comprehensive website that specializes in emojis. There are variations of hand-signed pictograms according to the skin color, and if these variations are counted separately, there will be a total of 112 types.

As mentioned above, Unicode itself has added new emojis, but in order to use these emojis on your smartphone, the smartphone OS and applications must reflect the Unicode update. Since Google has announced that the emoji update will be delivered at a separate timing rather than at the same time as the Android OS update, it is expected that the emoji delivered in Unicode 14.0 will be added to the Android OS within 2021. However, Apple added the emoji added in Unicode 13.1 in September 2020 in iOS 14.5 released in April 2021, so it is expected that the correspondence will be delayed.

The keywords that call up the new emoji added in Unicode 14.0 can be found below.