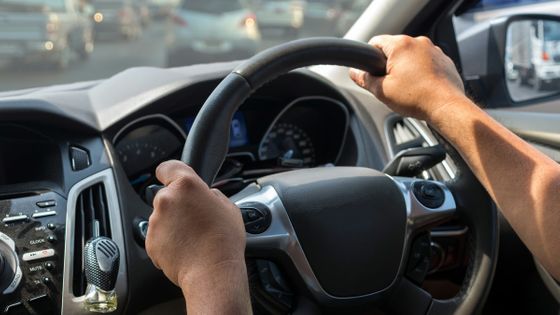 It is said that traffic congestion, which is a

In addition to accidents and construction work, the causes of traffic congestion include the phenomenon that 'when the vehicle in front steps on unnecessary brakes, the following vehicle also brakes, and the vehicle behind also brakes in a chain reaction.' It has been pointed out. In many cases, the chain of brakes is caused by a human driver, so research has shown that 'just a few self-driving cars on the road reduce traffic congestion.' 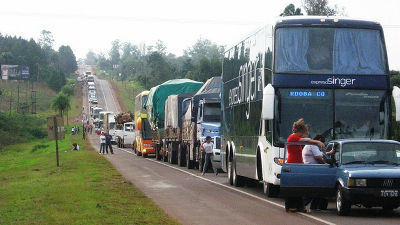 However, it is not possible to replace human drivers with autonomous driving right now, so it is important for human drivers to maintain adequate inter-vehicle distance for some time and not block traffic in unnecessary situations. Generally, the guideline for the distance between vehicles is the position 2 seconds away from the vehicle in front , and it is sometimes taught at driving schools as a '2-second rule'.

A research team at Vanderbilt University conducted an experiment to see if a 'system in which a computer in a car gives instructions' is effective in keeping the driver following the 2-second rule. First, the research team installed a device that acquires the relative speed and position with the vehicle in front from radar data, and provided a system that provides real-time feedback to the driver using the communication standard Controller Area Network (CAN) that connects each part of the vehicle. I built it.

The research team then measured how well the two-second rule could be followed with and without a feedback system for six subjects. As a result, it was confirmed that the group instructed by the computer reduced the mean time error by 73% and also reduced the standard deviation by 53% to improve consistency. 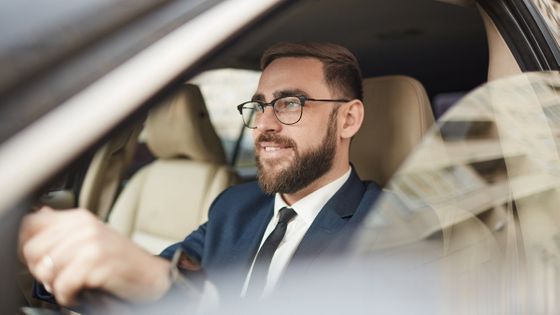 'This experiment suggests that drivers can accomplish complex driving tasks when given feedback from their cars,' said Daniel Work , an associate professor of civil and environmental engineering and computer science at Vanderbilt University. We are currently investigating how coached people can ultimately help improve overall traffic conditions. '