The 'EGRET II mini ' is a game machine that makes it easier to play classic arcade games of the past by downsizing the EGRET II housing for arcade games to a desktop size. I had the opportunity to experience the EGRETⅡ mini first, so I actually played with it.

The appearance of the EGRETⅡ mini is summarized in the following article. That's why the EGRET II mini looks like this. Since you can only experience the model under development this time, the design, size, weight, and specifications may differ from the actual product. 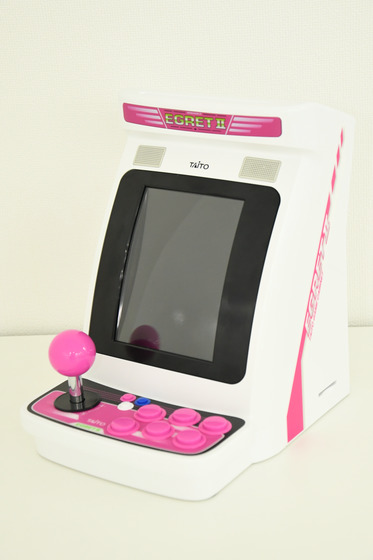 First of all, from the place to start. With the USB Type-C power cable connected, turn on the power switch on the back. 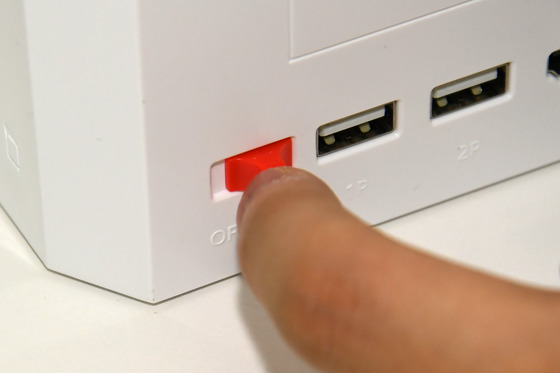 The panel labeled 'EGRET II' on the screen lights up. And the Taito logo displayed on the screen. 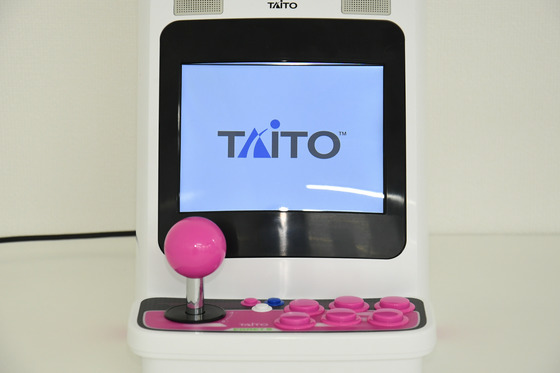 You can see the state when the power of EGRETⅡ mini is turned on and off in the following movie.

When you switch on the EGRETⅡ mini, it looks like this-YouTube


The game selection screen looks like this. The titles are lined up in a row, and the game demo is projected on the EGRET II screen on the left. 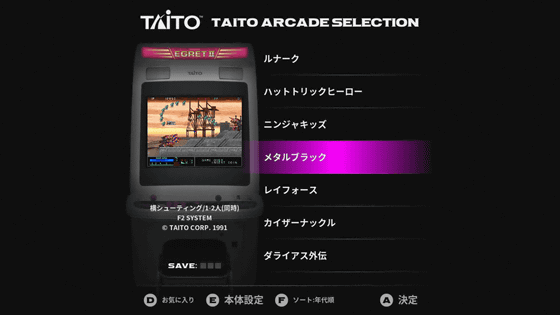 When I pressed the OK button and selected a game, a brief operation explanation was displayed. The EGRETⅡ mini is equipped with a function that allows you to save and load at any time during the game. To start a new game, select 'NEW' on the far left to start the game. The following movie is where the game was actually played on the EGRETⅡ mini. Although it is considerably smaller than the actual EGRET II, the levers and buttons are not particularly difficult to press, and you can enter fighting game commands without any problems. In addition, 'Dankuuga' that I am playing is an adjusted version of the

fighting game 'Kaiser Knuckle ' announced by Taito in 1994, and in fact it is a phantom game that was not released only in the location test. .. This is the first time that the EGRET II mini has been officially released. Since it is under development, 40 titles built into the main unit and 10 titles recorded on the SD card attached to the expansion set are displayed side by side on the menu screen at the beginning of the movie, but it is different in the actual product.


Depending on the size of your hand, the levers and buttons on the EGRET II mini may be too small. In such a case, you may use a dedicated control pad. The control pad has smaller buttons than the EGRET II mini, and it has a disk-shaped direction key instead of a lever, which feels like a mega drive controller. The biggest feature of the EGRETⅡ mini is that you can physically switch the horizontally long monitor with an aspect ratio of 4: 3 to a portrait ratio of 3: 4. The following movie is where you actually switch from the horizontal screen to the vertical screen and play

Taito's vertical shooting game 'RayForce'. Since the model I am experiencing this time is a development version, I switch the monitor after changing the screen orientation in the settings, but in the product version, the vertical and horizontal of the screen automatically changes when the monitor rotates.


Of course, you can play on a TV or monitor by connecting an HDMI cable. The HDMI output screen has an aspect ratio of 16: 9, so if you play a game that faces the landscape screen, a wallpaper designed for each game will be displayed around the 4: 3 game screen. The wallpaper can be displayed or hidden. 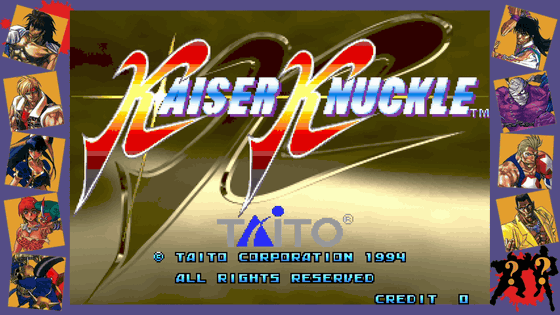 However, when switching to the vertical screen and outputting with HDMI, the wallpaper was not displayed as shown below. EGRETⅡ mini is accepting reservations on Amazon.co.jp. At the time of writing the article, only the main body is 16,973 yen including tax, and the luxurious special edition with all controllers, original clear file, mouse pad, acrylic key chain and sticker sheet is 49,478 yen including tax.