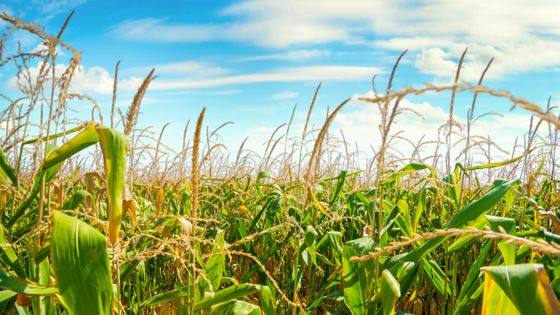 Soil health is important for agriculture, but in recent years, the progress of industrial agriculture that uses large amounts of pesticides and chemical fertilizers has raised the issue of

soil deterioration. In Montana, USA, where agriculture is flourishing, farmers aiming for sustainable agriculture are paying attention to organic farming and environment-regenerating farming , and the local economy is changing.

Common Ground: 'Soil is our livelihood and we better protect it, or we're screwed.'
https://montanafreepress.org/2021/07/06/regenerative-agriculture-evitalizing-rural-montana-economies/

John Wick, who runs a farm called Tiber Ridge Farm in north-central Montana, dropped out of Montana State University after his father died in 2007 and started farming to help his mother. At the time of writing the article, 36-year-old Wick is farming with his ex-patissier's wife, Givens, who married in 2015.

Tiber Ridge Farm is located in the heart of Montana's most agricultural region, the Golden Triangle. The nine counties that form the Golden Triangle produce 61% of winter wheat and 58% of barley produced in Montana in 2019, with annual agricultural revenues in excess of $ 1 billion. .. Like other Montana farmers, most of the Golden Triangle farmers practice traditional industrial farming, using pesticides and fertilizers to grow genetically modified crops for the highest possible yields. It is said that there is.

However, Mr. and Mrs. Wick are not engaged in industrial farming, but organic farming and environmentally friendly farming that emphasize soil health. Traditional industrial agriculture cultivates crops to a depth of 4-5 inches (about 10-12.7 cm) to provide sufficient nutrients to the crops, which builds healthy underground ecosystems of plants, animals and microbes. It destroys the network of soil and causes soil erosion. Therefore, Mr. and Mrs. Wick are trying to limit the cultivation depth to 2 inches (about 5 cm) and not to destroy the underground ecosystem beyond that.

In addition, Mr. Wick and Mr. Givens rotate the crops cultivated in multiple plots every year, and plant covering crops to prevent soil erosion to return nitrogen and biomass to the soil. We are challenging a method different from agriculture. In addition, by renting land to a nearby rancher, the hoofs of grazing cows take in air into the soil, and they are also trying to give organic matter and nutrients to the soil through excrement. Recent climate change is expected to kill as many as 25,000 farmers in Montana over the next 50 years, and many farmers and ranchers are beginning to realize that traditional farming practices are not sustainable. I am. Therefore, the number of farmers who are adopting organic farming and environmentally friendly farming like Mr. and Mrs. Wick is increasing.

Farmers engaged in organic farming are

certified by the United States Department of Agriculture (USDA) , so Montana is known to be the second most organic farming state after California. In addition, although there is no clear definition or certification for environmentally regenerative agriculture, the acreage of covered crops, which is one of the indicators, has increased by 489% in the past 10 years.

For farmers, the transition to organic and environmentally friendly farming is a daunting journey. Even if you think it will improve soil health and financial stability in the long run, it is a difficult decision to admit that traditional farming was not good and switch to new farming. Mr. Wick also said that he could not make the transition to organic farming, although he was concerned about the situation where he produced wheat on all the land he owned from the beginning when he took over the farm and accumulated debt every year. thing. It was said that it was his partner, Gibuns, who supported his back, and from 2016, the year after his marriage, the two started experimenting with organic crops. Experiments with planting lentils and spring wheat on some farms have shown that organic crops are beneficial at the end of 2016.

In 2015, Wick inhaled a herbicide called Roundup and developed chemical pneumonia, and was concerned about the use of pesticides. After that, it seems that from 2018, the use of pesticides and fertilizers was stopped after a chemical company recommended paraquat, which is more effective than Roundup but has a fatal effect on the human body even in a small amount. In 2021, the entire Tiber Ridge Farm was certified for organic farming, and a private organization has also applied for certification for environmentally friendly agriculture. It has been five years since Mr. and Mrs. Wick started organic farming and environmentally friendly farming, and during that time they have faced various obstacles. For example,

some special crops such as einkorn wheat were not covered by insurance, and grains produced by organic farming were not handled by nearby companies and had to be transported to farther facilities. .. Wick also said that organic farming is more time-consuming and labor-intensive than industrial farming, resulting in longer working hours.

Still, Wick claims it was worth the switch from industrial farming to organic farming. When I was engaged in industrial agriculture, I was plagued by the ever-increasing costs of pesticides and fertilizers, and the negative effects of focusing on a single crop caused fluctuations in crop prices to greatly affect my income. However, switching to organic farming reduced the cost of pesticides and fertilizers, and cultivating a variety of crops created economic stability against price fluctuations. In addition, organic crops are basically sold directly to processors, and especially in Montana, there are many contracts with fixed transaction prices in advance, so sell at two to three times the price of crops cultivated by conventional methods. There seems to be some.

Mr. and Mrs. Wick live a locally rooted life, buying ingredients from local grocery stores and neighbors, buying farm equipment at local stores, and contributing to the community by belonging to agricultural associations and organic farming groups. In addition, we also hire farm employees at the time of writing the article. George Haynes, an agricultural economist at Minnesota State University, argues that it is important to circulate money in the local community in rural communities. Like Mr. and Mrs. Wick, making more money in the agricultural community creates jobs and helps improve the community's infrastructure. 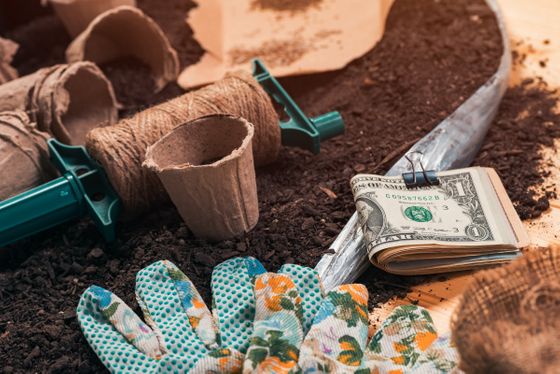 Corey Forks, who, like Mr. and Mrs. Wick, is a farmer in Montana, is one of the farmers who adopted environmentally friendly agriculture to restore soil fertility and biodiversity. It seems that the minimum herbicide is used to remove weeds, but instead of using Roundup, cover crops are planted to protect the soil and farming combined with cattle grazing is practiced.

Forks himself was recommended by his neighbors to regenerate the environment, and in recent years more and more young people have returned to their hometowns to take over farming, so more people will take on new challenges. I hope that. At the time of writing, Forks sold 90% of the grazing cattle to local customers and would like to extend this direct sales system to legumes and grains with nutritional density as an appealing point. ..

'At least now we are thinking about ways to improve our soil and make our ecosystems healthier, and if I can maintain a livelihood and continue to produce better products, even if it is. We believe we will ultimately be rewarded, even if it's not financially beneficial, 'said Forks.