The results of a 40-year experiment on 'What are the advantages of organic farming over conventional farming?' It has been proposed that The Rodale Institute's Farming Systems Trial is North America's longest-running comparative experiment between organic and traditional agriculture. The Farming Systems Trial, which started in 1981, has been collecting data on soil health, crop yields, energy efficiency, water use and pollution, and crop nutrition for nearly 40 years.

green manure ', and 'a section cultivated by conventional farming methods'. ..

In the 'organic fertilizer cultivation area', organic fertilizers of biological origin are used. On the other hand, the only source of fertilizer in the 'organic farming plot using green manure' is the legumes that grow in the field before the main grain is cultivated. Green manure refers to fertilizing crops that grow later by cultivating the plants that grow in the field together with the soil without harvesting them. In addition, the conventional farming method is agriculture in a typical grain farm in the United States, and weeds are removed by synthetic herbicides using synthetic nitrogen from chemical fertilizers as a nutrient source for soil.

The Farming System Trial is intended to provide practical data to American farmers considering the transition from traditional farming to organic farming. Therefore, considering that 70% of the crops cultivated in the United States are grains such as corn, soybeans, oats (oats) , and wheat, it seems that the Farming System Trial grows grains in all plots. .. In addition, the Rodale Institute says that since 2008, it has been cultivating genetically modified crops and introducing no- till cultivation that does not dare to cultivate fields. 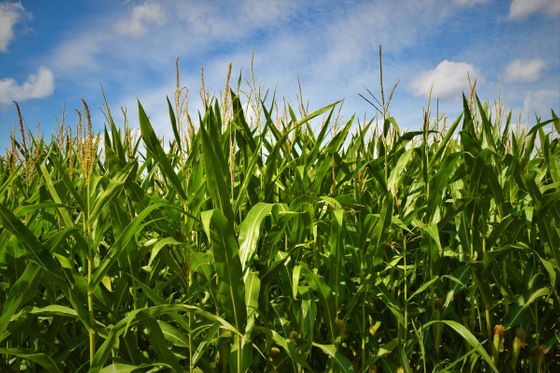 The Rodale Institute points out that 'soil' plays a major role in why organic and traditional farming have made so many differences. The more organic matter that is present in the soil, such as bacteria, fungi, and other microorganisms, the healthier the soil, and in organic farming, the amount of organic matter in the soil tends to gradually increase. 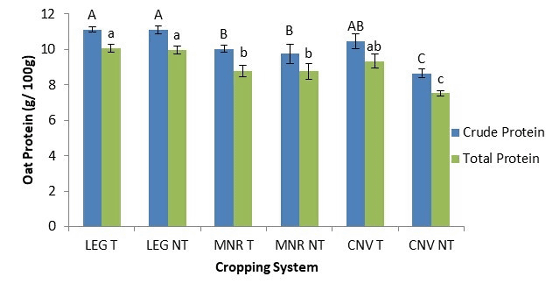 In addition, the yield of corn in 2016 was 'Conventinal', 'Organic Legume', 'Organic Manure', 'No Till' and 'Tilled'. This is the result of comparison in 'Cultivation)'. The yield of no-till farming in organic fertilizer agriculture was 200 bushels (about 5 tons) per acre (about 4000 square meters), which is 110 bushels (about 2.7 tons) of the yield of no-till farming in conventional agriculture. It is nearly double. In addition, as the yield per area has increased, there has been a big difference in the income earned by farmers, and the no-till cultivation of organic fertilizer costs $ 1,809 (about 191,000 yen) per acre, which is the same as that of conventional agriculture. No-till farming earns $ 389 (about 41,000 yen) per acre. 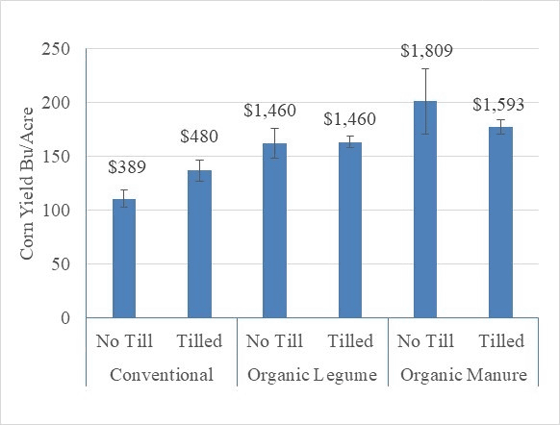 The Rodale Institute has been able to measure long-term effects such as drought effects and soil biological changes that cannot be obtained in just a few years of research by conducting comparative experiments over a long period of 40 years. I said it was done.