A research team at the Boyce Thompson Institute at Cornell University reported that they have discovered bacteria that help fungi and plants absorb nutrients in the soil. The availability of this bacterium is expected to improve crop yields and reduce fertilizer reliance.

A research team led by Professor Maria Harrison of the Boyce Thompson Institute is investigating whether there are other AM bacteria that help plants absorb nutrients, two types of AM, 'Glomus versiforme' and 'Rhizophagus irregularis'. The fungus was prepared and coexisted with Brachypodium distachus, which is a model plant of monocotyledonous plants, in three different types of soil and observed. The research team then allowed the bacteria to grow with Brachypodium distachus for up to 65 days and then identified the bacteria attached to the hyphae from the gene sequence. The research team pointed out that AM bacteria may secrete molecules to attract these bacteria, 'It is possible that the attracted bacteria also have some effect on AM bacteria.' Stated. The research team also predicts that 'some of the bacteria found release phosphorus ions from organic matter, which may be the cornerstone of the AM bacterium's phosphate acquisition process.' 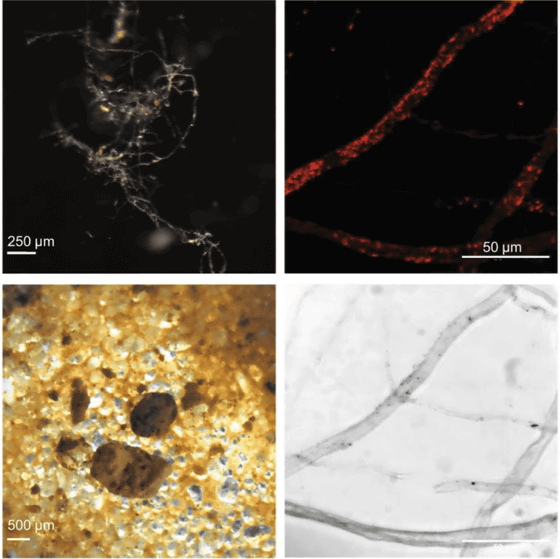 In addition, the bacterial group found in the soil around Brachypodium distachus also contained myxobacteria that eat other bacteria. It has also been pointed out that the mineral content in the soil may increase because myxobacteria have eaten some of the bacteria. 'By identifying bacterial groups around AM bacteria, the research team will be able to understand the interaction between AM bacteria and bacteria and devise important strategies to support the ecological enhancement of agricultural systems. I will. '