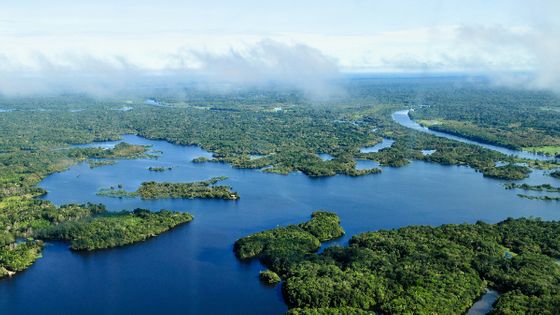 Research news-Innovation by ancient farmers adds to biodiversity of the Amazon, study shows-University of Exeter
https://www.exeter.ac.uk/news/research/title_801967_en.html However, when Dutch soil scientist Bim Sonburg surveyed the Amazon basin in the 1950s, he discovered that some areas had surprisingly rich soils. This moist black soil was named Terra Preta. Although there was a view that the origin of Terra Preta was born spontaneously, the fact that it was found mainly in the remains of villages, the fragments of pottery, the bones of animals, human excrements, etc. Many of the Terra Preta proved to be artificial because of their accumulation.

hectares per compartment and is rich in nutrients such as nitrogen, phosphorus, calcium, zinc and manganese, which are scarce in the nearby soil. Terra Preta is characterized by an exceptionally high concentration of charcoal in addition to various organic substances, and the nutrient outflow is prevented by the charcoal contained in the soil and high levels of microbial activity. thing. Terra Preta is said to have been created in the Amazon basin between 450 BC and 950 BC, and is believed to have supported the population of the indigenous peoples living in this area. However, when Europeans advanced to the South American continent, many Terra Pletas were abandoned because the population of indigenous peoples decreased significantly due to epidemics and lifestyles changed.

Nevertheless, Terra Preta has remained abundant for hundreds of years since it was abandoned, and the fields using Terra Preta soil still produce a richer variety of crops than other neighboring fields. -You can harvest. In addition to the high yields of common cereals, it seems that the soil is hard to lose even when exposed to strong sunlight and rain.

To find out how abandoned Terra Preta affects vegetation in the Amazon basin, research teams at Mato Grosso State University and the University of Exeter have been studying soil soils in the Tapajos and Xingu basins in the eastern Amazon. We conducted research to measure abundance and plant samples. As a result, it was reconfirmed that the soil of Terra Preta was significantly richer than other soils, and it was found that vegetation different from other soils was present. In recent years, Terra Preta is starting to be cultivated again by locals and indigenous people, but there are many Terra Preta that are still buried in tropical rain forests and contributing to biodiversity. However, there are concerns that illegal deforestation and forest fires will lose valuable terra-preta that has been maintained for over 1000 years. 'Terra Preta is an important consideration for increasing species richness and conserving local biodiversity,' co-author Beatriz Marimon said.