In recent years, payment services such as Affirm and Paypal that support monthly installment (deferred payment) plans have appeared and are gaining popularity. Being able to make monthly installments has the advantage of making it easier for consumers to buy what they want when they want, even if they don't have a credit card.

It is reported that the installment payment settlement service 'Apple Pay Later', which Apple is planning, will be funded by financial company Goldman Sachs. Apple Pay Later can be used even if you do not have the credit card 'Apple Card ' provided by Apple in partnership with Goldman Sachs. 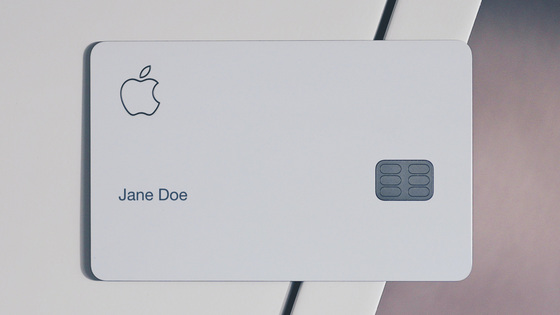 To apply for the Apple Pay Later program, you need to submit a copy of your ID card (identification card). Bloomberg also reports that the ability to temporarily issue digital credit cards for Apple Pay Later has also been tested. Apple Pay Later is a service under development, and it is unknown at the time of writing whether it will actually be provided, and it is quite possible that it will be canceled. A spokeswoman for Apple and Goldman Sachs declined to comment on Bloomberg's inquiry.