What was he doing at Intel during an interview with Jim Keller, a genius engineer who traveled across Apple, AMD, Tesla, and Intel? Jim Keller, who has been involved in the development of numerous chips such as AMD's

Athlon , Zen microarchitecture , Apple A4, etc. and is highly regarded as a 'genius engineer', suddenly retired from Intel in January 2021 and at the time of writing the article He is the president and chief technology officer of startup Tenstorrent. AnandTech, a technical news site, is interviewing Mr. Keller.

The career of Jim Keller is as follows.


AnandTech (AT):
Is AMD taking over everything you've done? Or will Zen's roadmap be developed based on your ideas? Mr. Keller:
Basically, we build according to the roadmap, so every time I got involved with chips, I thought about what to do for five years. When I first made an A4 chip at Apple, I also made a big skeleton first. There are two ways to speed up your computer: 'enlarge the basic concept' and 'add / adjust functions'. At Zen, we had a big roadmap from the beginning to make things possible in the next few generations. AMD has done that consistently.

So, at some point, the Zen concept will have to be rewritten and transformed. Zen had a large roadmap for several years when I was involved, and AMD has successfully realized that idea. But it's been many years since I left AMD.

AT:
I agree. AMD said the newest Zen 3 architecture is a major rewrite of the Zen architecture. On the other hand, some may point out that the Zen project is still under the influence of Mr. Keller.

Mr. Keller:
I can't say anything. We designed Zen from scratch. However, when I actually made it, I sometimes diverted a part of Bulldozer and Jaguar because of its ease of use. We fixed them and incorporated them into the new Zen architecture. Hardware engineers are good at using good code.

Therefore, even if you say that 'Zen 3 has undergone a large-scale review and redesign', there are probably some parts that have been extracted and redesigned, but 20% to 80% of the code is the same. It's no wonder it's a minor fix. That's pretty normal. The important thing is to get a good understanding of the architectural structure and reuse the code as needed, not to tweak the complexities. So, if AMD 'redesigned' it would mean that it had modified the architecture. 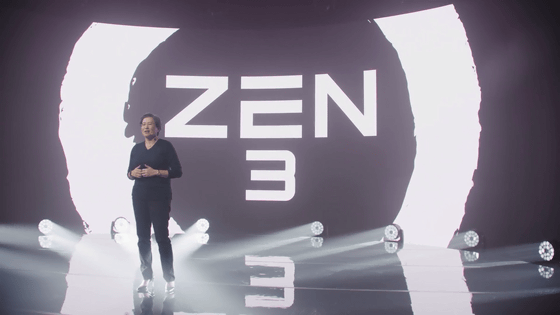 AT:
I'm sure you're just retired and often can't talk, but please tell us more about what you did at Intel.

Mr. Keller:
Of course I can't say much. I was the Senior Vice President of Semiconductor Engineering and had a team of 10,000. I'm doing a lot of things and it's just amazing. We literally designed 60 or 70 SoCs at a time, from design to prototyping, debugging, and production. The members were diverse, and the staff included a vice president and senior researchers, making it a fairly large family.

I thought I was called in to develop a new technology. I've spent most of my time at Intel transforming organizations and methodologies, including new CAD tools, new methodologies, and new chip development methods. A few years before I joined Intel, Intel started adopting the idea of chip building called SoC. But Intel simply broke up good client and server components, and it didn't work. You don't just have to break the parts apart, you have to rebuild the parts properly, and you also need some of the methodology that accompanies them.

AT:
It seemed like you had a lot of meetings at Intel, did Keller accomplish something?

Mr. Keller
I'm not doing anything technically. 'You are a senior vice president,' he said, making evaluations, setting directions, making decisions, and changing organizations and people. After a while, the results of the work will be piled up properly. The key to getting something done is knowing where you are going and building an organization that knows how to do it. So I didn't write much code, but I sent a lot of emails.

AT:
In February 2021, Intel welcomed former Intel Chief Technology Officer Patrick Gelsinger as CEO . If you get the chance, would you consider returning to Intel?

Mr. Keller:
I do not know. My job is a lot of fun and I'm in an explosively growing market. So I wish Gelsinger CEO good luck. I think Gelsinger's appointment as CEO was a good choice for Intel, and I hope it does, but I don't know what will happen. However, Gelsinger CEO definitely thinks about Intel and has been successful in the past. He will definitely put Intel in a more technical focus. But I liked working with my predecessor, former CEO Bob Swan.

AT:
When we solicited questions in advance, we received many questions about ISA (Instruction Set Architecture ), 'What do you think about Arm and x86?' Which is faster and which is better? Don't you care too much?

Mr. Keller:
I'm a little worried. x86 was a very simple and clean ISA when it first appeared. 8-bit architectures such as x86, MC6800 , and MOS 6502 existed at the time, but I've programmed them all. The x86 was initially open, but seven companies owned licenses, one of which was Intel. After that, it progressed to 16-bit and 32-bit, virtual memory, virtualization, and security were added, and finally 64-bit appeared, and the functions of x86 increased steadily. As it evolves, new features will be added to the architecture, but the old ones will remain for compatibility. When Arm first appeared, it was as clean a 32-bit ISA as x86. Compared to x86, it looks much simpler and easier to develop. Then 16-bit mode was added and the If Then instruction was added, which was terrible. And even later, a floating-point vector extension set with overlays was added to the register file, and a 64-bit mode was added, some of which were clean. But with special features for security and booting, Arm has become more and more complex.

This time, RISC-V appeared and became a member of the new ISA group. RISC has no legacy. In fact, RISC-V is an open ISA, developed around the university, but it doesn't have the time to add as many junk as x86 and Arm. Due to its lineage and age, RISC-V is uncomplicated and is a very good ISA. If I want to make a really fast computer right now, or want to do it fast, RISC-V is the easiest choice. It's the simplest, has the right functionality, has the top eight instructions that need to be optimized, and has very little junk. AT:
The recent ISA, especially the old ones, is too bloated, isn't it? Is there any legacy luggage?

Mr. Keller:
The ISA is overgrown with repetitive executions and additional instructions. Engineers have a hard time adding various things. Adding features makes it better, but at the same time it makes it more complex. Each time you add a feature, the interaction and other features for that feature become terrible, making it difficult to perform.

Sales and old customers say 'don't erase anything', but on the other hand, they are using new products that have only 70% of the performance of conventional products. The interaction of things is complex, and the more complex and more functional it is, the slower it is to say, 'Simple and less functional is actually faster.' I think this contradiction has happened many times and is probably caused by the theory of complexity and human wickedness.

Mr. Keller:
I agree. Computers started with Abacus , right? After that, mechanical relays were born and developed into vacuum tubes, transistors, and integrated circuits. The transistors we are making now can be said to be 12th generation transistors. It's amazing, but there's still more work to be done. For example, by shining light on polysilicon , interesting switching has become possible. It seems that it will be put to practical use 10 or 20 years from now, but the technology is steadily advancing.

It is 100 million times cheaper to make one complex molecule than to make a transistor. I am amazed at its economic efficiency. Once a transistor is made, it is assembled, connected and interesting in a very sophisticated way. In contrast, our body is self-organizing and can place proteins exactly where they are needed. As Richard P. Feynman said, there is plenty of room in the depths of how chemicals are made, organized, guided and directed in a certain direction. is.

I've talked to people who are considering launching a quantum computer company before, and I heard that they used lasers to suppress atoms and fix them in 3D space, which made me feel very cool. It was. Like quantum computers, I think we're still just tracing the surface of what's possible. Physics is so complex and clearly arbitrary that no one knows what is going to be created from it. That's why I think. You may need a calculator like AI to count the fixed atoms. However, the possibilities are too unbelievable and literally crazy.

AnandTech's interviews with Mr. Keller are quite enormous, and only a few have been introduced so far. AnandTech asks Keller a lot of other questions, so if you're curious, check it out for yourself.