'Bill for strengthening competitiveness with China' passed the US Senate, investment of 5.7 trillion yen in the domestic semiconductor industry, etc.

The US Innovation and Competition Act, which invests in domestic scientific research and manufacturing to strengthen national security and economic growth, has passed the US Senate in favor. The bill aims to prevent the rise of China, and co-author Todd Young commented, 'It's an opportunity to attack China.'

The US Innovation and Competition Law, which began deliberation on May 18, 2021, is a super-large bill with a total of 2,400 pages. The debate was difficult for more than three weeks due to some seemingly irrelevant measures, but with the support of bipartisan people, it passed the Senate with a majority of 68 to 32.

The content is very diverse, but the main axes are 'investment in the domestic semiconductor industry', 'establishment of the Directorate General of Science and Technology', 'new construction of a technology hub that connects researchers and the manufacturing industry', and 'state-led competition against China'. Policy 'etc.Global shortage for the semiconductor, which has been advocated, (PDF file) that the whole world Asian countries 75% of the production volume of accounted status quo in order to get out of the, against the US domestic semiconductor manufacturing companies 520 A billion dollars (about 5.69 trillion yen) will be invested.

On the international policy front, 'prohibiting Chinese military organizations from participating in programs permitted by the bill.' 'The Federal Communications Commission has given construction permits and broadcasts to entities overly influenced by the Chinese government. 'It is prohibited to transfer, assign, or dispose of the bureau permit' 'Prohibit funding to higher education institutions that maintain the agreement with Confucius Institute', etc. 'To China The content that clearly shows that. Especially for Huawei, which was banned for national security concerns under the Trump administration, 'Huawei proves that it does not pose a continuous threat to the critical infrastructure of the United States and its allies, the Secretary of Commerce proves. Unless it is deleted from the entity list (so-called US government blacklist), it is prohibited to remove it from the entity list. '

President Biden has issued an official statement about the case in which the bill passed the Senate. 'We haven't invested in American workers and American innovation for a long time. The bill, along with the American Jobs Plan, will make a cross-generational investment in R & D and advanced manufacturing. It will lead to the growth of key industries and future employment. Strengthening innovation and infrastructure will lay the foundation for the next generation of American employment and American leadership in the manufacturing and technology industries. ' I had high hopes for the bill to pass the House of Representatives.

The 'American Jobs Plan' announced by President Biden in April 2021 is about job creation, infrastructure restructuring, public investment, and the transition to clean energy, which is also a consistent plan to 'counter China'. It has become. 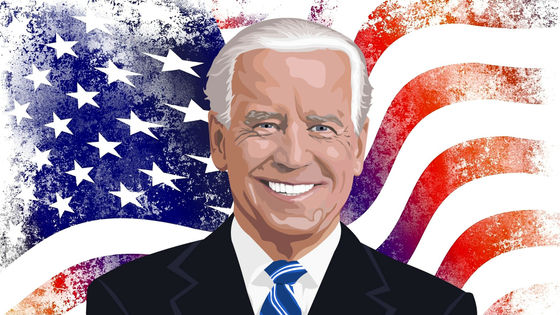