'Playing With Time', which uses slow motion to shoot a mysterious image that seems to be manipulating time 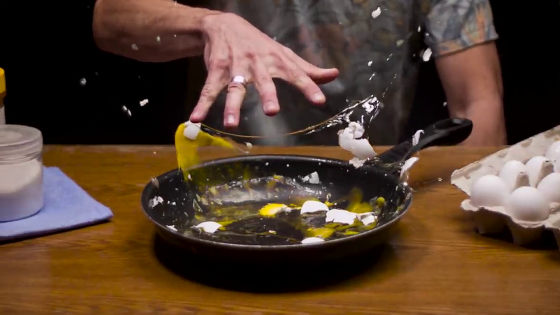 'Playing With Time ' is released on YouTube, which combines real-time video and slow-motion video to create a mysterious video that makes you feel as if you are manipulating time. What the hell is going on? It is a perfection that you can see sternly, and a very interesting making is also released.


Ben Ouaniche holding a cookie over a cup of milk. 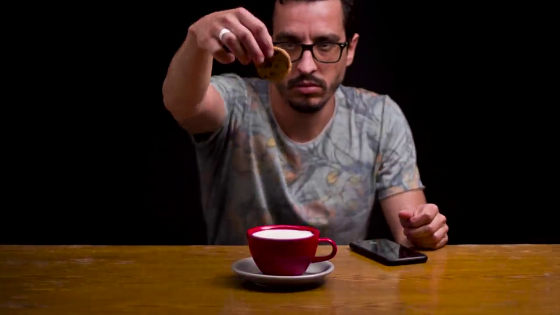 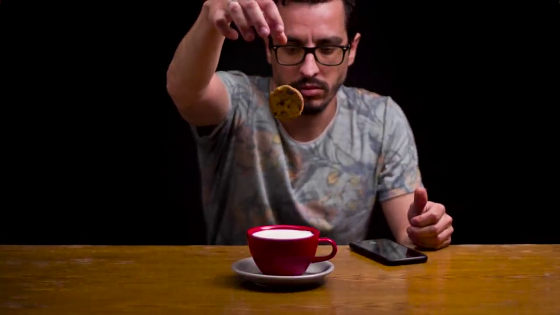 In front of the cookies falling into the milk, pick up your smartphone in a calm manner. 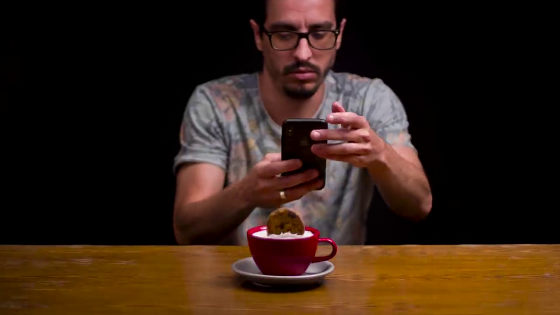 I took a picture of the milk bouncing. 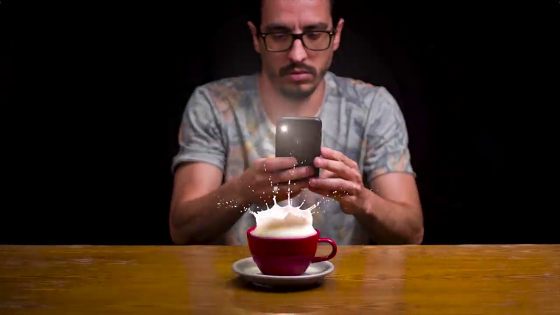 While the milk is overflowing from the cup in the present progressive tense, I point the picture taken at the camera. Ouaniche moves at a normal speed, but only the cookies that fall into the milk are in slow motion. It is an image as if you are manipulating time. 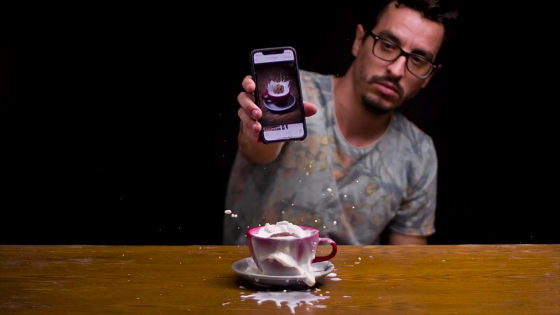 Next, Mr. Ouaniche prepares a needle with a water balloon in one hand. 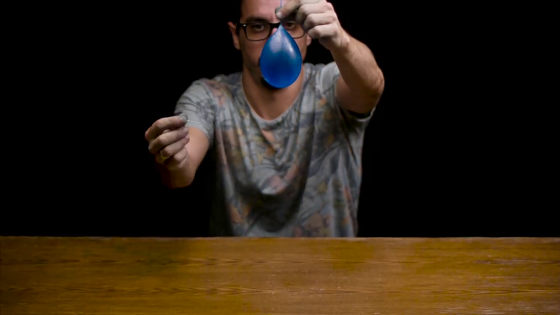 Naturally, the water balloon will tear when you stab the needle. 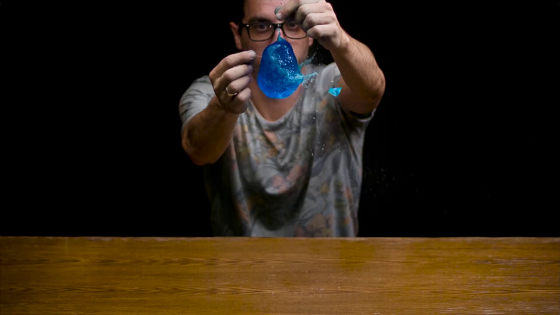 Ouaniche pulls his arm back while the water balloon falls in slow motion ... 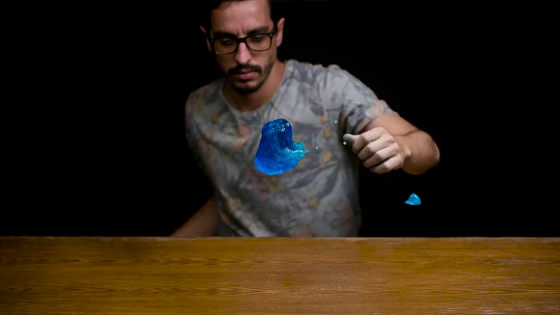 Punch in the air. 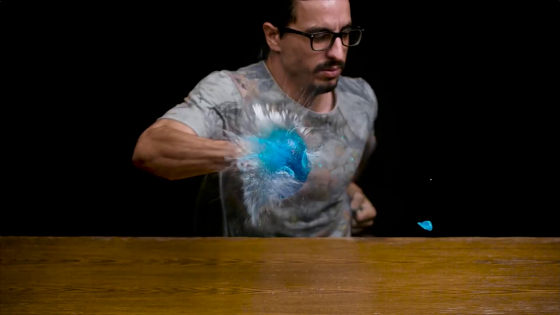 Water spreads in the direction that you swing your arm off. 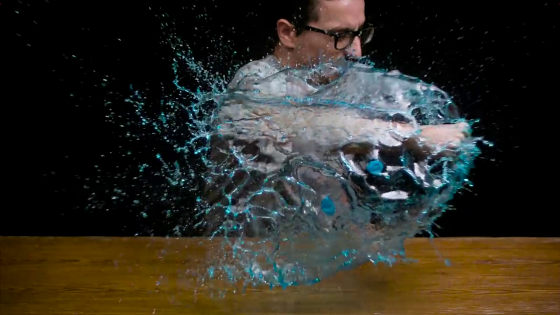 Next is Mr. Ouaniche, who puts an egg on a frying pan and holds his hand over it. 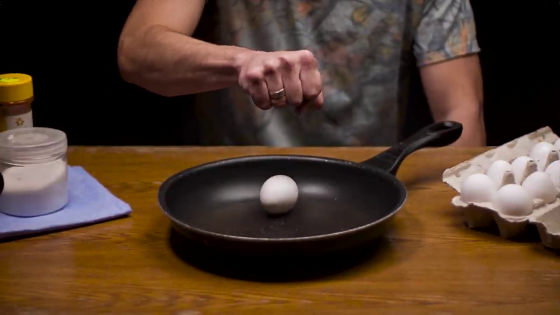 When you open your hand, the egg breaks ... 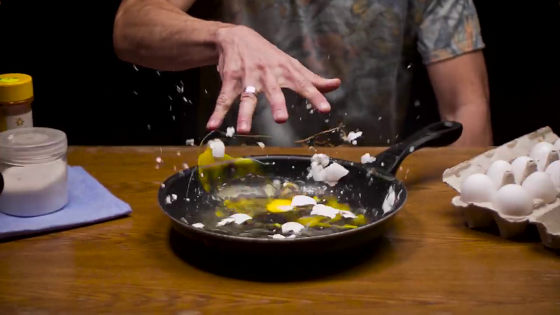 When closed, the egg will return to its original state. 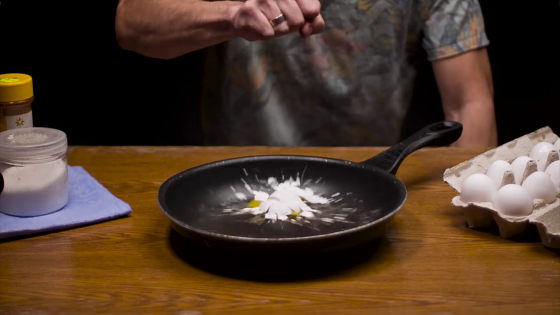 This time, Mr. Ouaniche sprays a color spray on the cake. 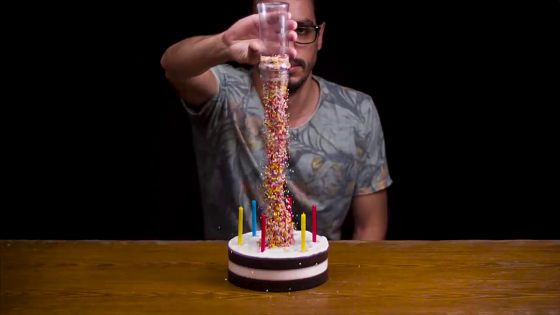 The color spray slowly flows down and remains like a tower even when the bottle is removed. 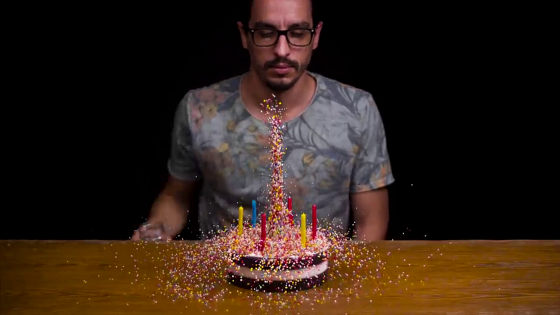 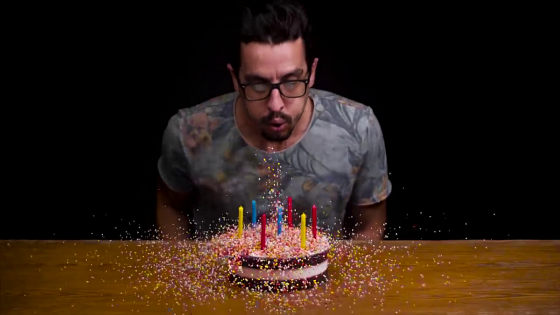 For some reason, the candle ignites. 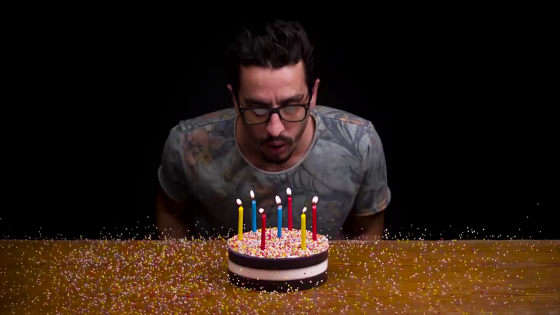 Then start in front of the broken milk bottle. 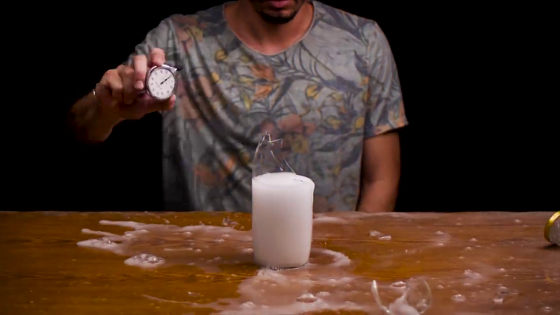 The hands of the clock move forward, but the time of the broken milk bottle goes back. 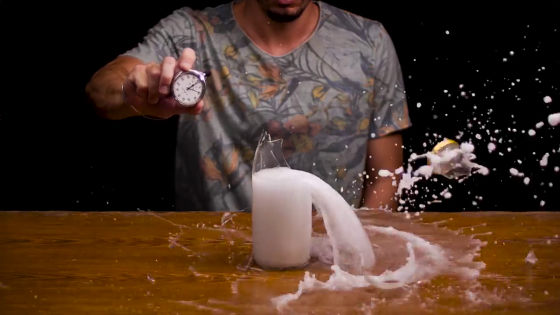 Return to the original position to the lid ... 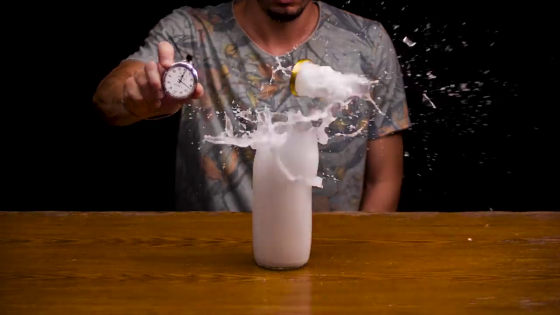 At the end, the bottom of the milk bottle broke, contrary to the beginning. 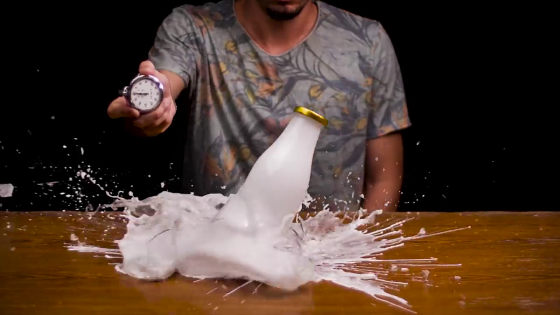 Also, Mr. Ouaniche is staring at the collapsed Jenga with sad eyes ... 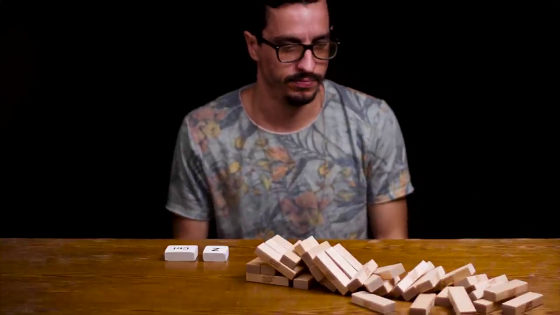 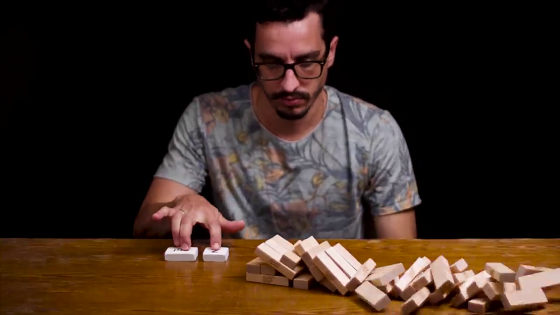 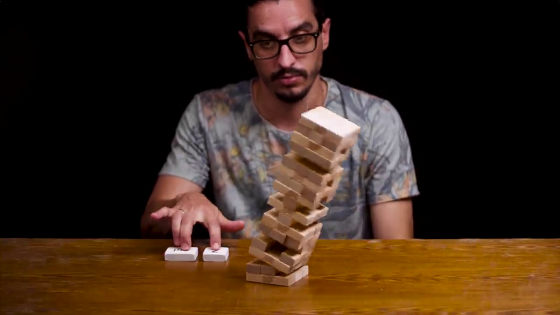 Even if you defeat Jenga, you can put it back and continue playing. 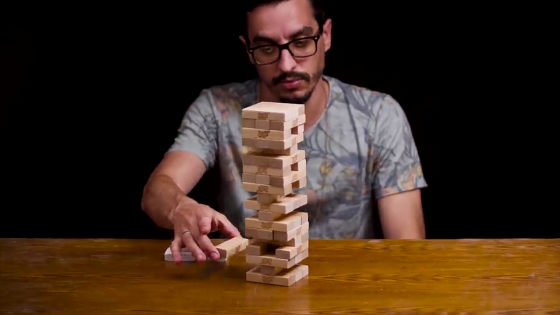 Ouaniche is an Israeli-based visual art director. The above video was shot at 1000 frames per second using the

This is Mr. Ouaniche's shooting room. Since the video is a combination of 'video that moves in real time' and 'slow motion video', it was necessary to match the two perfectly. Below is the making of a video of a color spray, Ouaniche sticking a film on the screen and tracing the bottle with a pen.


The position of the bottle was placed exactly the same as the real-time image, and shooting for slow motion was performed.


In addition, the Chronos 2.1-HD High Speed Camera has a limit of 'up to 8 seconds', and Mr. Ouaniche seems to have shot within the range of 8 seconds.


In addition, part of the movie was inspired by Christopher Nolan's 'TENET Tennet ', and Mr. Ouaniche said that the video of the milk bottle breaking was a homage to Nolan.