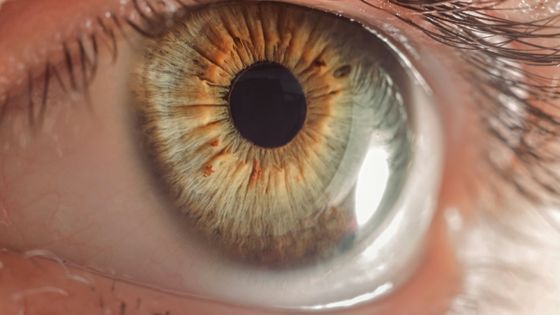 In recent years, a method called optogenetics, which controls proteins with light, has made great progress, and is useful for researching neural circuit functions and treating difficult diseases. A new paper published in the medical journal Nature Medicine reported that 'a clinical trial using optogenetics was able to partially restore the eyesight of a man who had been blind for 40 years.' 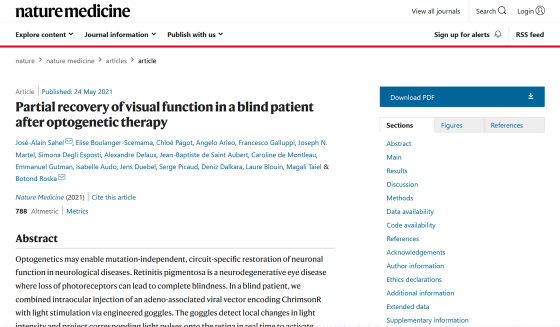 Genes from algae helped a blind man recover some of his vision | Live Science
https://www.livescience.com/man-partially-recovers-sight-after-gene-therapy.html

The subject of this experiment was a 58-year-old man who was diagnosed with retinitis pigmentosa 40 years ago and became blind. Retinitis pigmentosa is a disease caused by a gene mutation that destroys light-sensitive cells in the retina. It affects about 1 in 4000 people and is estimated to affect about 2 million people worldwide.

The progression of retinitis pigmentosa varies greatly among individuals, and although many people maintain their eyesight of 0.2 or higher even decades after the onset, the man has already lost his eyesight. Men were able to perceive the presence or absence of light, and although they could determine whether they were in the dark or bright, they could not get any further information.

As a method for people who have lost their eyesight due to retinitis pigmentosa at the time of writing the article, there is an artificial retinal device ' Argus II ' approved by the US Food and Drug Administration (FDA) in 2013. Argus II is a mechanism that stimulates the optic nerve connected to the brain by converting the video information recorded by the camera attached to the sunglasses type device into an electrical signal and transmitting the electrical signal pattern to the electronic implant implanted in the patient's retina. is. However, it seems that Argus II can only reproduce patterns of about 60 pixels, and it is only at the stage of making it possible to visually detect areas such as door contours and sidewalks.

US Food and Drug Administration approves 'Argus II', an artificial retinal device that supports the vision of people with severe blindness or vision loss --GIGAZINE 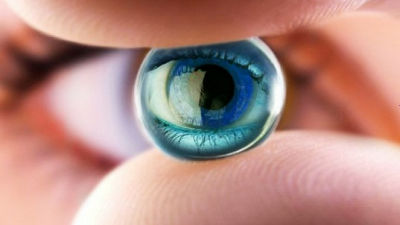 A research team led by José-Alain Sahel of the University of Pittsburgh has been studying for many years, adopting an approach that uses optogenetics to restore vision in patients who are blind due to retinitis pigmentosa. And when we recruited patients for the Phase I study in 2018, the man this time applied.

The method developed by the research team is to deliver a gene that produces a photosensitive protein called 'Chrimson R' to retinal cells by injecting a viral vector using adeno-associated virus into the eye. 'Chrimson R' is a protein derived from unicellular algae that is genetically engineered to stimulate the optic nerve, which is connected to the brain, when exposed to amber-colored light. By wearing special goggles that irradiate the retina with amber light based on the shape and position of the object, it seems that it is a mechanism that can grasp the surrounding objects.

In this experiment, the dose of the viral vector was small, and it took 4 to 6 months from the injection to the patient until a sufficient amount of 'Chrimson R' was produced in the retinal cells. After several months of training with goggles, the team reported that patients were able to perceive the shape of the object while wearing goggles. The patient was able to identify notebooks, cups, vials containing liquid, etc. placed on the desk, and was able to count the stripes on the pedestrian crossing. It seems that it was found. 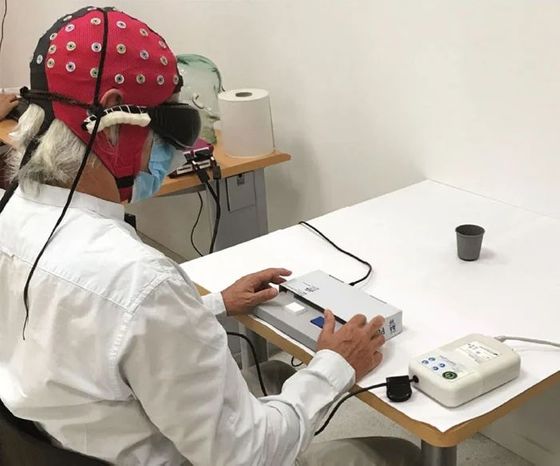 Men can only perceive monochromatic, low-resolution images, but the research team said, 'This study shows that injection of a gene therapy virus vector in combination with light-stimulated goggles has only the ability to perceive light. It provides the first evidence that the visual function of a patient with retinitis pigmentosa can be partially restored. '' The visual process that leads to perception is a sensorimotor task in which the patient turns to the object and reaches for it. Was effective enough to do. '

Experiments were also conducted to measure brain activity when looking around, wearing goggles, wearing an electroencephalogram measurement cap designed to read the nerve activity of the entire cerebral cortex. As a result, it is also known that the activation of nerve cells by light stimulation to the retina extends to the primary visual cortex.

'Treatment with a combination of optogenetic viral vectors and light-stimulated goggles can help restore the patient's visual level and have significant benefits in daily life,' the researchers said. In addition to the male this time, several subjects have been injected with the viral vector, and there are plans to administer more viral vectors to other subjects. 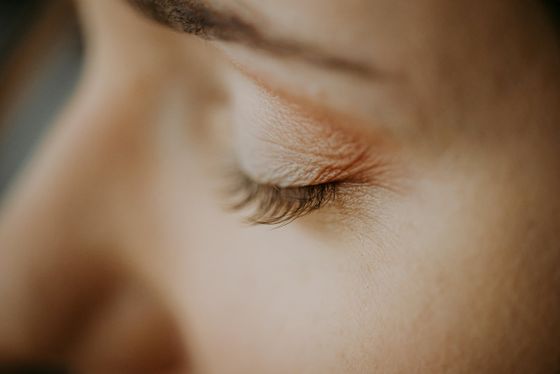