The new 'iPad Pro' equipped with the SoC 'M1 ' chip originally developed by Apple for Mac was released on May 21, 2021. I got an 11-inch model right away, so I tried using it to see what the new iPad Pro looks like.

It is a 3rd generation 11-inch 'iPad Pro' that is turned on. 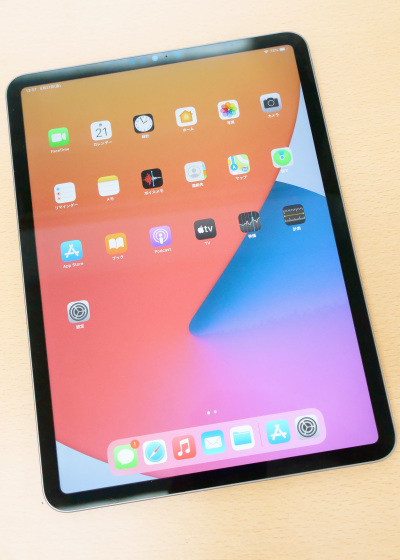 I immediately did a benchmark test using The measurement result looks like this. The result was a single score of 1699 and a multi-core score of 7236. The single-core benchmarks assuming various processes are as follows.

The multi-core benchmarks assuming various processes are as follows.

In addition, I will try using the 'center frame' added as a new function. The center frame uses machine learning and a super wide-angle camera on the front to automatically track the subject and adjust its position so that it does not deviate from the center of the frame. The following video was actually tried with Apple's calling application 'FaceTime'.


The center frame is on by default, but you can turn it off. First, open 'Settings' ... 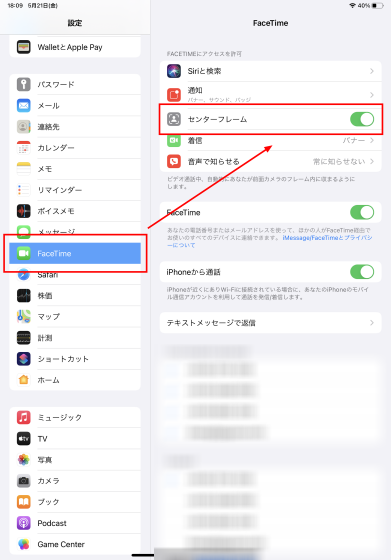 Centerframe is only compatible with FaceTime at the time of article creation, but since the centerframe API will be released to developers, it may be available in other video apps as well.