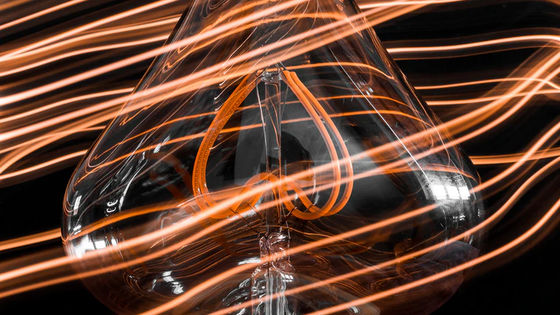 Professor Shunsuke Fukami and Professor Hideo Ohno of Research Institute of Electrical Communication, Tohoku University, and Professor Hyunsoo Yang of National University of Singapore, are using the technology to efficiently transmit and receive electromagnetic waves in the 2.4 GHz band used in Wi-Fi based on the principle of 'spintronics'. Developed by these groups. Furthermore, he said that he succeeded in developing this technology, converting electromagnetic waves into DC voltage signals, and making LEDs emit light. 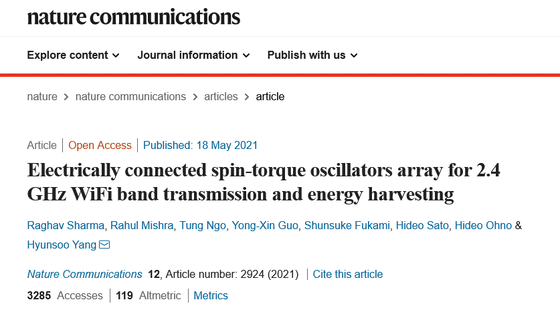 The technology developed by the research team is a technology that can generate electricity using Wi-Fi radio waves using a spintronics element called 'magnetic tunnel junction,' which is a typical example of a functional element that uses the principles of spintronics. The 'magnetic tunnel junction' element has already been put into practical use in magnetic field sensors and non-volatile memories, and research is progressing on its application to the transmission and reception of electromagnetic waves, but it has high intensity in the Wi-Fi frequency band. It did not reach the ability to generate signals.

This time, the research team succeeded in obtaining a large output even with a weak input by precisely controlling the film thickness and shape of the 'free layer' which is a part of the element structure, and from the radio waves in the 2.4 GHz band. Successful power generation. 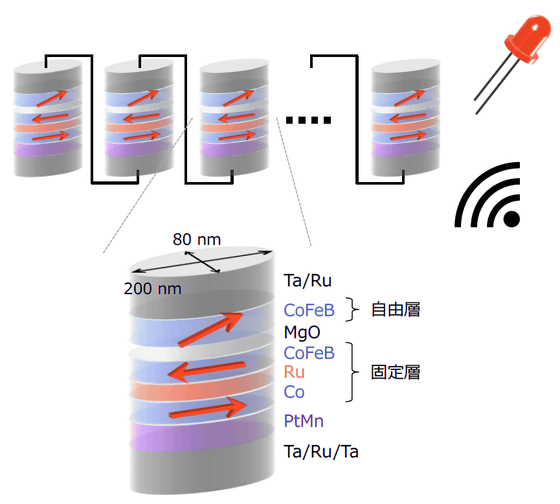 Wi-Fi can now be used everywhere in the world, which can be rephrased as '2.4GHz band radio waves are flying around', and energy cannot be used in any way. Or research has been done.

In a proof-of-concept experiment by the research team, the capacitor was charged in 3-4 seconds and the LED was able to illuminate for 1 minute. This shows the possibility of supplementing the part that had to be replaced with a battery by charging with Wi-Fi, and in the presentation material, Tohoku University said, 'By conducting comprehensive research and development in the future, electronics It is hoped that a new paradigm will be opened up. '