The stones dug up by the hare turned out to be archaeologically valuable '9000-year-old stone tools,' and pieces of earthenware were also discovered. 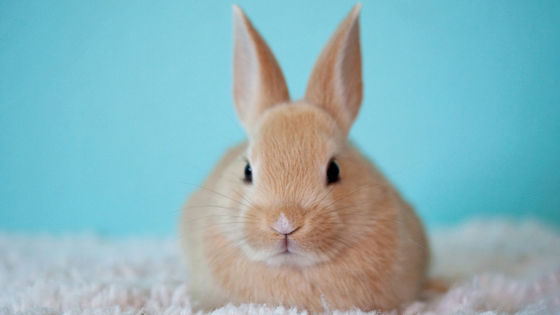 Skokeholm Island , England, a wildlife conservation group found that the stone found by a wild rabbit near its burrow was actually 'a stone tool used by humans about 9,000 years ago.'

Skokholm Island, also known as the 'Dream Island' because of its scenic beauty, is home to a large number of wildlife, including rare migratory birds, making it a special scientific interest area based on the British Nature Conservation Law. A designated live-in observer is assigned to protect the environment and observe animals.

In March 2021, Richard Brown and Gisele Eagle, who have been Skokholm observers since 2013, discovered elongated pebbles near the rabbit burrows on the island. 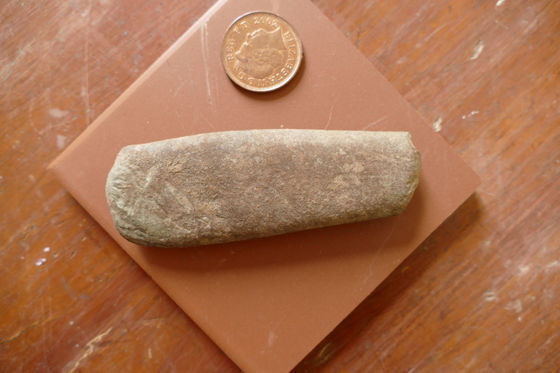 Thinking the pebbles were 'interesting and unusual in shape,' Brown and his colleagues took pictures of the stones and sent them to Toby Driver, a researcher on the Royal Commission for Ancient Historical Sites in Wales. And when Mr. Driver showed the photo to archaeologist Andrew David, who is familiar with prehistoric stone tools, it turned out that the pebbles were the stone tools used by the early humans who emigrated to Skokeholm Island. ..

In an email to Brown and others, David said, 'The stone in the picture was clearly

a'beveled pebble'in the late Mesolithic era . This stone tool was about 6000-9000 years ago. It belongs to human beings who ran a hunting and gathering society, and it is thought that it was a tool used when making canoe using the skin of pearl oysters and when cooking food such as shellfish. ' 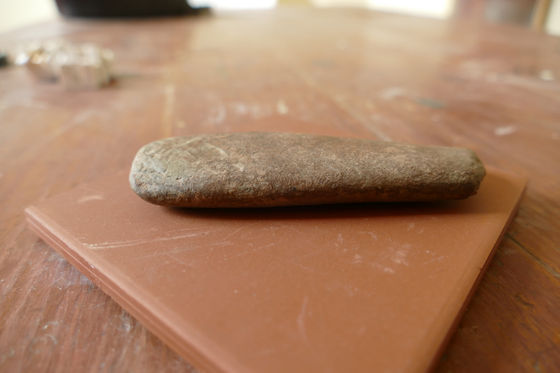 Similar stone tools are often found in archaeological sites along the coast of Cornwall, England and northern France, but this is the first time they have been excavated from Skokeholm Island. Therefore, David sees this stone tool as a compelling proof that Mesolithic humans lived on Skokeholm Island.

After an unexpected discovery, Brown and his colleagues began to carefully observe the stones dug up by the rabbit, and a few days after receiving an email from David, they immediately found a piece of pottery and photographed it as an archaeologist at the National Museum of Wales. I sent it to Mr. Jody Deacon. 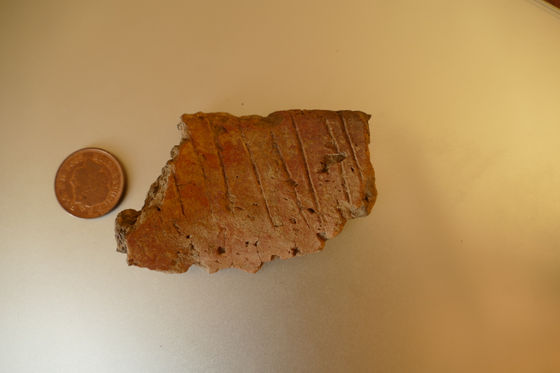 According to Deacon, the pieces of pottery were made in the early Bronze Age around 2100-1750 BC. 'In the western part of Wales at the time, the dead were cremated and then buried in pots,' Deacon said of the pottery piece in question. 'I think this piece of pottery is also the pot.' I am.

'The two were very exciting discoveries,' David and colleagues wrote in a blog. 'Thousands of years ago, people were on the island, some processed seal skins to build ships, and some. When I think of the fact that I was burying the dead, I was impressed. '

The Royal Commission of Wales, which manages the island, plans to conduct a full-scale archaeological survey by the end of 2021, as two archaeologically important relics were found in quick succession. ..