What are the traces of humans on the island, which is said to be 'the most remote place in Alaska'? 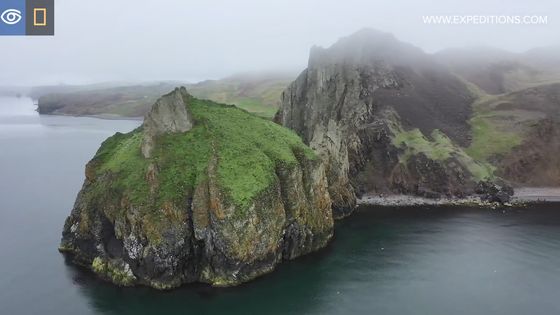 Human beings, who are said to have been born on the African continent, have expanded into Europe and Asia over a long history, and have expanded their habitat to the continent of America farther away and the continent of Australia beyond the sea. However, it is said that there are places where human beings could not settle because the environment was harsh, so the writer who actually set foot on

St Matthew Island , which is said to be 'the most remote place in Alaska' Sarah Gilman summarizes her experiences. Nunivak Island , which is 264 km away, and it takes 24 hours by boat from the nearest residence. It is said that St. Matthew Island is said to be 'the most remote place in Alaska' because there are no settlers and transportation is very poor.

St. Matthew Island is not completely untouched, and has been visited several times in the past. The traces of the oldest man on St Matthew Island are the remains of a 400-year-old pit dwelling on the northwestern tip of the island. According to archaeologist Dennis Griffin, the dwelling was built by the Thules, the Inuit 's ancestors, but the Thules did not settle in the house and were not used for more than a season.

Aleut and Yupik people , the indigenous peoples of the Bering Sea, are told the old story that 'a ship was swept away by the wind and arrived at a strange island, where they overwhelmed and returned to their island.' So Griffin thinks the same thing could have happened to the people who built the house on St. Matthew Island. However, it is unclear whether the people were able to return safely or were eaten by polar bears that lived on the island. James Cook named the island 'Gore,' and whalers who later discovered the island collectively called the nearby islands 'Bear Islands.'

However, even after the polar bears disappeared, Saint Matthew Island remained a harsh environment for humans due to problems such as fog, bad weather, and geographical isolation. Even in the 20th century, the crew of the wrecked ship occasionally stayed until rescue, and there was no movement to settle down, but in the wake of World War II, St. Matthew Island became an American The Coast Guard has begun to settle.

The purpose of the Coast Guard was to build and operate a base station for a long-range navigation (LORAN) system that would support a fleet navigating the Pacific Ocean. Winters on St Matthew Island are harsh, with LORAN base stations on the southwest coast of the island having a depth of 8 meters of snow, 'storms as strong as hurricanes' lasting 10 days, and sea ice for 7 months of the year. Surrounded the island. In order to collect the mail dropped from the aircraft just a few kilometers away, the three members had to go to collect it with survival supplies. Even after winter, there were many days when the wind and rain were strong, and there was an accident in which a boat with five soldiers capsized.

In 1944, the Coast Guard brought in 29 reindeer due to concerns about food shortages when supplies were cut off. At the end of the war, the Coast Guard left the island in the 1940s, but the number of reindeer without natural enemies increased explosively to 6,000 by 1963. However, due to the severe winter of 1963 to 1964, food shortages caused the population of reindeer to drop sharply, and the last one died in the 1980s. 
You can see St. Matthew Island on your left. 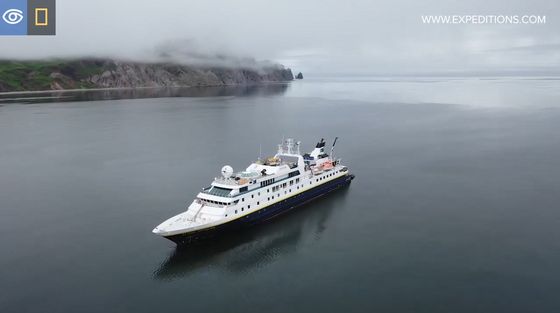 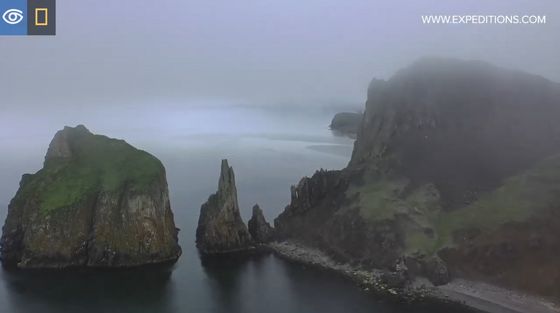 Grass grows on the

tundra in the summer ... 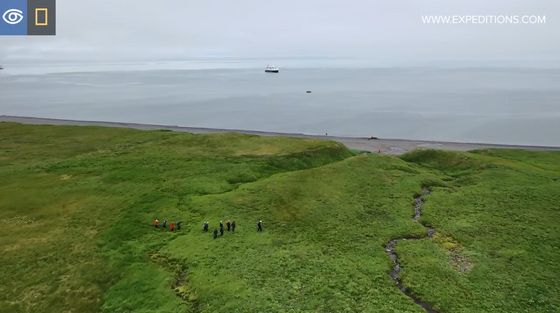 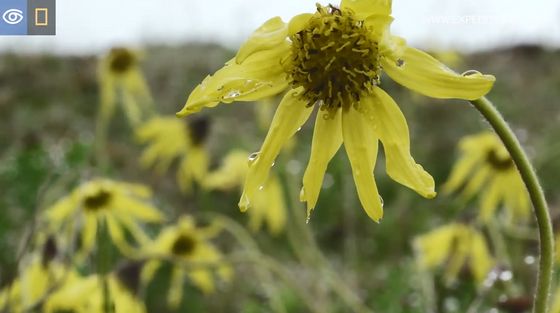 Also, there are many birds on St. Matthew Island ... 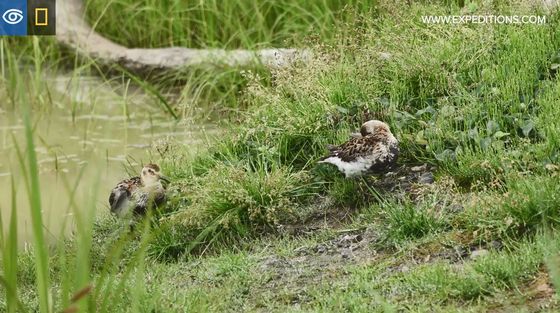 Insular vole, a type of vole unique to the island, inhabits. Insular vole is a kind of companion called 'Singing vole' and makes a high-pitched cry. It seems that the cry of Insular vole echoes almost all the time on St Matthew Island in the summer. The Bering Sea can be seen from the cape of the island. 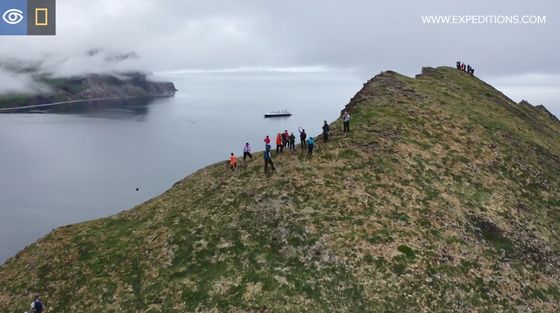 Mr. Gilman who walked on the island also sees a red fox . The red fox that lives on St. Matthew Island has no natural enemies, and humans are only visited once every few years, so they are not afraid of humans. The red fox who actually met Mr. Gilman was spending a few minutes at a distance of several meters from Mr. Gilman. 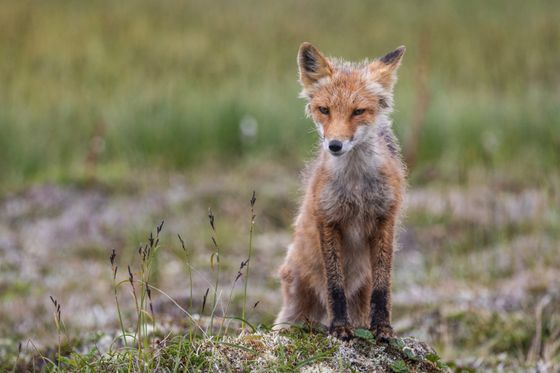 ◆ Traces of people remaining on St. Matthew Island
The most prominent trace of a person on St Matthew Island is the trace of the LORAN base station built during World War II. When Mr. Gilman visited the site, one pole was fixed to the cliff with a metal cable, and in addition to a large amount of debris, several decayed poles had collapsed around it. Biologist Aaron Cristo, who went to see the site of the LORAN base station with him, said, 'We are good at making wonderful things ... we are terribly bad at disassembling and cleaning them.' I left a comment.

Other than this, there are huts built by fox hunters, believed to be before the Great Depression, debris left on the island when the sailors who were washed ashore were rescued, and scientists who visited the island in the 1950s on the beach. There are traces of various people on St. Matthew Island, including a hut built on the island. However, the land of the tundra is gradually swallowing these remains, and aconite and dwarf willow grow thickly around it, and moss and lichens are covering the debris.

Birds are nesting in old battery storage, and red foxes are nesting under the construction site of the LORAN base station. 'The nature of St. Matthew Island will never be restored, and it will certainly continue to exist as it is,' Gilman said.