'IPA Chart', a website where you can listen to the actual pronunciation of the International Phonetic Alphabet for free 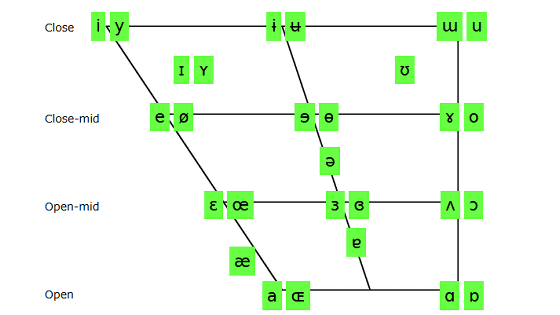 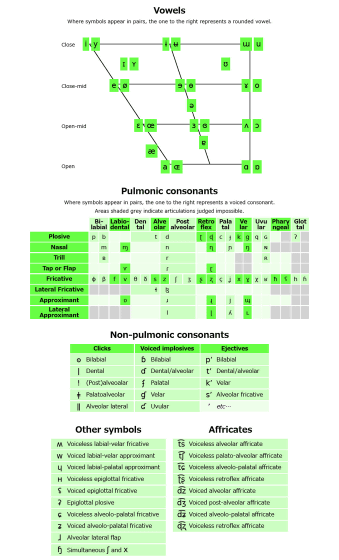 At the top of the page is a list of International Phonetic Alphabets for 'Vowels'. In the part where two symbols are lined up, the symbol on the right side shows the

rounded vowel that is pronounced with the lips rounded. Below the vowels is a list of consonants that are pronounced by creating airflow in the lungs.

You can also hear the consonants that are produced by creating an air flow in the larynx and soft palate.

In addition, 'Other symbols' that are not included in the above classification and

'Affricates ' that include the unvoiced alveolar affricate , which is a consonant of the Japanese 'tsu', are also covered. At the top of the IPA Chart page, it is explained that 'the pronunciation you can hear on this page is just a rough guide. There are many pronunciation variations depending on the language and context.'