DeepMind, who developed Go AI that beats top Go players, is collaborating with Liverpool FC to utilize AI in soccer. 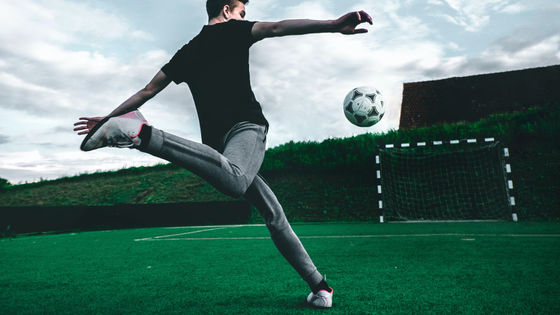 Charles Reep, creator of the long-ball tactic ' Kick and Rush ' in football, wasted countless opportunities to attack while watching a match in the English Third Division. Looking at the situation, I realized that the tactical revolution of soccer was at a standstill. At that time, Leap takes out his notebook and pen, makes a detailed note of what happened on the pitch, and begins an attempt to analyze football using the data. It is believed that this was the beginning of data utilization in soccer.

Since then, the use of data in soccer has evolved, and attempts are being made to analyze Lionel Messi, the world's best player, by statistical data analysis. 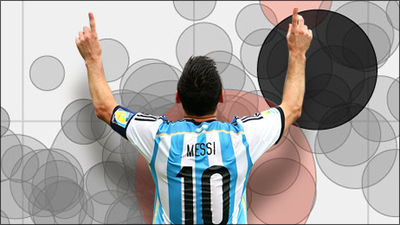 In recent years, Liverpool FC, the champion of the Premier League 2019/2020 season, which is the first division of England, is making the latest efforts in the soccer world where data utilization is accelerating. The club 'of Go AI AlphaGo in cooperation DeepMind and that it came to the attention in that it has developed a', are trying to take advantage of the artificial intelligence (AI) to the data analysis in soccer, is the AI-related academic journals Journal of The paper is published on Artificial Intelligence Research.

In an effort with DeepMind, Liverpool FC will provide match data for the three years of the Premier League from 2017 to 2019. In recent years, data utilization has become popular in the soccer world as well, and sensors, GPS trackers, computer vision algorithms, etc. are used to track the movements of players and balls during matches and practice. Therefore, it seems that it was expected that AI could discover patterns that humans do not notice from these data.

Karl Tuyls, an AI researcher at DeepMind and one of the lead authors of the paper, said that using AI to analyze data in football is 'very interesting' and why 'chess and Because there is 'uncertainty peculiar to soccer' that Go does not have. ' A paper published by DeepMind and Liverpool FC predicts how athletes will react in specific situations by training AI models with data on specific teams and lineups. For example, when playing against Manchester City FC, if you kick a long ball to the right side, players such as Kyle Walker and John Stones of the club will run to the right side and predict what kind of action they will take. It will give you. This will allow coaches to understand the impact of player changes on the game.

By clicking the image below, it is possible to check in movie format how the AI model predicted how the attacking side (blue) and defensive side (red) players will move with the ball (white). .. 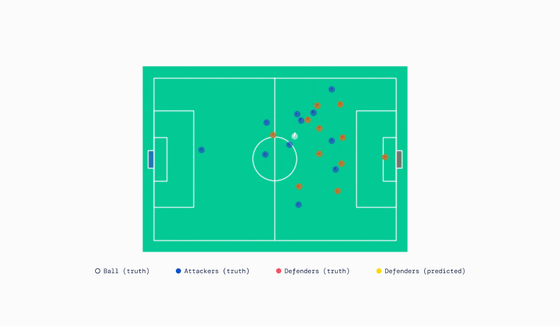 In addition, the treatise analyzes more than 12,000 penalty kicks from soccer games played in Europe for the past few seasons. The analysis categorized the players by position and predicted the course with the highest scoring rate. For example, it has become clear that strikers (green) are more likely to aim for the course at the bottom left of the goal than midfielders (blue). In addition, the research team is training AI models to analyze how certain actions, such as passes and tackles, affect 'xG (expected value)'. With this model, it is possible to numerically show players that under certain circumstances, 'choosing a pass rather than a shot' increases the odds of a goal. In addition, training the model with athlete performance data (information such as physical fitness and fitness) can more accurately predict athlete fatigue than a human coach, giving athletes a rest before they get injured. Will also be possible.

In addition, Leap, who brought data utilization to soccer, finds that most goals are generated from 'passes of 4 times or less' from the statistical results. From this point, Leap recommended a tactic based on long balls, but there are some flaws in Leap's statistics, and it is pointed out that long ball tactics are an old style even in modern soccer. I will.

Even in data analysis in soccer, AI has calculated that it is best to let the opponent hold the ball and wait for a mistake. To prevent such false inferences, it is important to have an expert investigate the AI model, Tuyls said. 'We're not trying to build robots, we're trying to improve human soccer play,' said Tuyls. Using AI, 'passes that even players would miss.' In some cases, it will be possible for AI to find the course.

In addition, Tuyls argues that AI will not replace football coaches: 'The purpose of leveraging AI is to better integrate with players on the pitch and make the coach's job easier. Is to build a seamless system of. ' Regarding the impact of AI, 'Although it will not have a big impact in the next year, some tools will be developed within 5 years, giving advice for the second half of the game half-time. Will be able to give it to me. '