When driving or working at night, many people drink

caffeine- rich drinks, such as coffee and energy drinks, to shake off their drowsiness and wake up. The latest research points out that caffeine not only has a wakefulness effect, but may also reduce the negative effects of drowsiness on cognitive abilities.

The research team, led by Associate Professor Eugene Aidman of the University of Sydney's Faculty of Psychology, conducted experiments on 11 men and women between the ages of 18 and 28. After 50 hours of sleep deprivation, 5 of 11 subjects were given 200 mg of caffeine-containing chewing gum four times every two hours as a 'caffeine-treated group.' The remaining six were given the same-looking, caffeine-free chewing gum as a 'placebo group' at the same time. 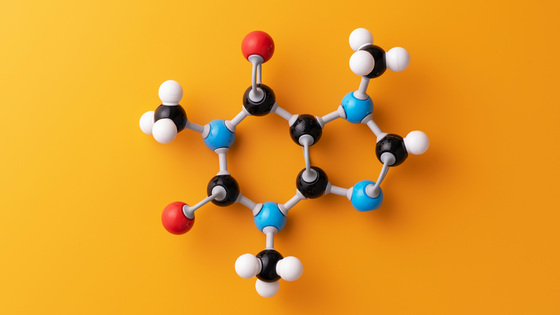 Throughout the experiment, subjects completed a 40-minute driving task using a driving simulator every three hours. During this driving task, subjects were monitored for eyelid movement through infrared glasses and were given four cognitive tests before and after performing the driving task.

As a result, the caffeine-administered group was significantly less drowsy 1 hour after the first administration, and was less drowsy than the placebo group throughout the experiment. We also found that the caffeine-treated group significantly exceeded the placebo-treated group in the psychomotor alert test (PVT) and sensory response test (PRT) scores.

In addition, when caffeine was viewed in the group alone, the association between subject drowsiness and performance was weak, so the research team found that 'caffeine dose suppresses the effect of drowsiness on cognitive performance. It was suggested. ' 'We have found compelling evidence that caffeine prevents drowsiness from cognitive decline. At the same time, future research needs to investigate the palliative effects of caffeine. It was also shown that insights into how caffeine interferes with the harmful effects of drowsiness will be useful to those who work in harsh conditions. '