What is the 'cause' of increased hunger and appetite and increased daily calorie intake? some people argue that overweight and obesity are hormone problems, not calorie problems , hunger and appetite are largely related to changes in blood sugar levels and the accompanying hormone secretion. The relationship between blood glucose and appetite is a field that has been suspected in previous studies but has not been concluded, and a new study will ask 1070 people to continuously measure their blood glucose. , The relationship between the two was observed.

New research reveals why some of us are hungry all the time
https://www.kcl.ac.uk/news/new-research-reveals-why-some-of-us-are-hungry-all-the-time

Feeling Hungry All The Time? Scientists Have a New Explanation For What's Going On
https://www.sciencealert.com/feeling-hungry-all-the-time-scientists-have-a-new-explanation-for-what-s-going-on

The idea that there is a relationship between blood sugar and appetite has existed since the 1950s. However, there have been various theories about the relationship between the two, and scientific evidence has mixed pros and cons, and no conclusion has been reached. Therefore, this time, the research team challenged this question by having subjects wear wearable devices and continuously observing changes in blood glucose levels.

The research team conducted experiments on 1070 people living in the United States and the United Kingdom. During the two-week experiment period, subjects ate breakfast designated by the research team, followed by three hours of 'nothing to eat' and then freely ate at their own timing. During this time, the subject's blood glucose level was constantly measured with a wearable device. In addition, changes in what was eaten, how long it was eaten, and feelings of hunger were recorded using the smartphone app. This method investigated the relationship between postprandial blood glucose changes and appetite and caloric intake.

Generally, after a meal, a person's blood sugar level rises and then drops to baseline. Previous studies have focused on 'the highest and lowest blood glucose levels shown 2 hours after a meal,' but this time the research team collected and analyzed data for hundreds of millions of meals and found that 'the highest and lowest levels.' I noticed that there are some people whose blood sugar level plummets 2 to 4 hours after recording. These individuals had no health problems and spontaneously returned to baseline after recording a spike in blood sugar. 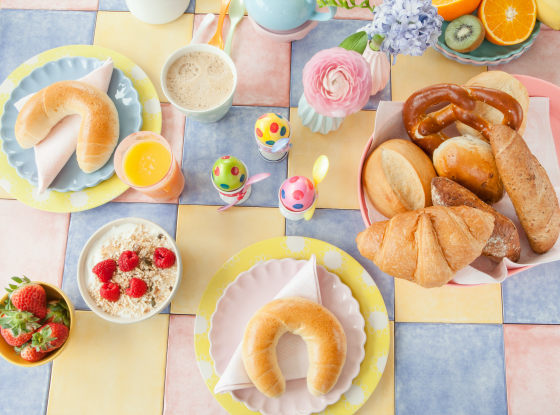 The researchers conclude that there was a strong association between appetite levels and energy intake that 'blood glucose drops above baseline hours after a meal.'

Specifically, those who had a sharp drop in blood sugar had the following signs compared to those who did not.

An increase in calorie intake of 312 kcal per day means that you may gain 9 kg of body weight in a year. Researchers have also shown that low blood sugar levels three hours after a meal are predictors of subsequent dietary energy expenditure and hunger.

'Our findings that postprandial blood glucose levels have a significant impact on hunger and appetite have the potential to help us understand long-term health and weight control,' the study said. Professor Anna Valdes of the University of Nottingham said.

The 'lowering of blood sugar level' that affected appetite and energy intake in the experiment changes depending on the individual's metabolism, how to choose food, and how to spend the day. In this experiment, the research team found that even with the same diet, 'men have a slightly higher degree of descent than women on average', but on the other hand, age, weight, and

body mass index (BMI) ) Does not make a difference.