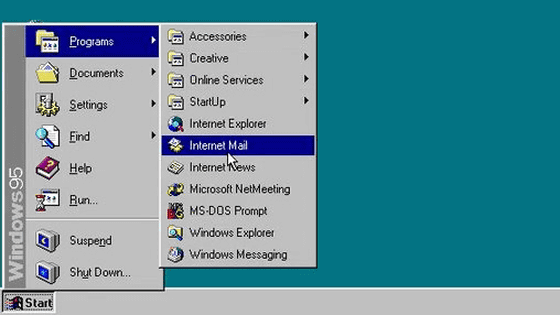 Windows 95 ' has a new user interface and is compatible with the Internet as standard, and is also known as a key player in popularizing PCs in ordinary households. I am. The Easter egg that the development team secretly hid in Windows 95 was newly discovered more than 25 years after its release.

Windows 95 Easter egg discovered after being hidden for 25 years
https://www.bleepingcomputer.com/news/microsoft/windows-95-easter-egg-discovered-after-being-hidden-for-25-years/

It was discovered by Albacore, a hacker and developer specializing in Windows. 'It's never too late to find an Easter egg. I've found something like an Easter egg I've never seen before in Internet Mail on Windows 95 / IE 4,' he reports.

It's never too late to find easter eggs. Happened to notice what looks like a never before seen easter egg in Windows 95's / IE4's Internet Mail. You have to open its About window, select one of the files, and type MORTIMER. Names of the Developers Will'S Program Start Scrolling. Pic.Twitter.Com/13ZCdCyBUg 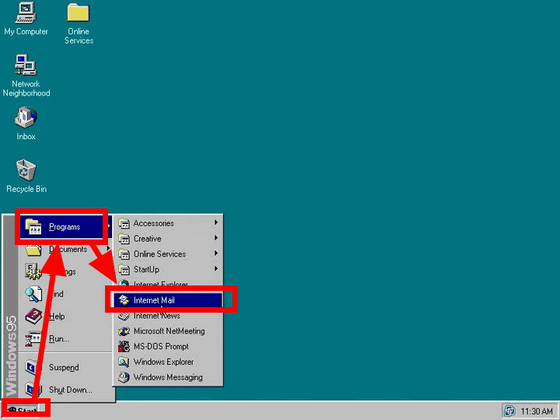 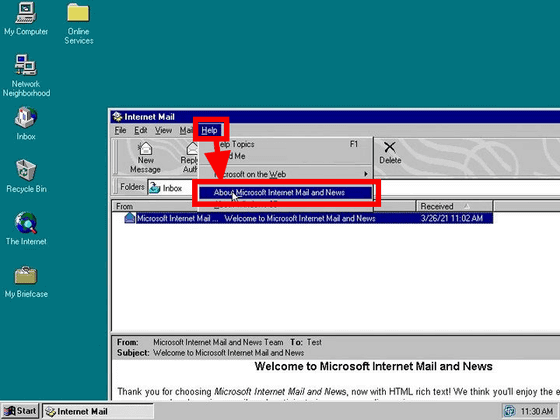 Since the version information of Internet Mail is displayed, highlight 'comctl32.dll' and type ' MORTIMER ' as it is with the keyboard. Then, the version information window suddenly became a black background, and the staff roll started to flow in red letters. According to IT news media Bleeping Computer, the Easter egg has never been discovered and was found more than 25 years ago. Albacore also published an Easter egg found in builds 1130-1175 of Windows NT 4.0. This also means that the name of the Windows 95 development staff will flow ...

In build 1227, which is available next to build 1175, the Easter egg itself remains, but the staff role's name is wiped out, 'You would have expected the developer's name to come out, but not. Thank you. 'Thank you ...' was displayed.

Build 1227 (no builds between 1175 and 1227 are available) changes this to a much shorter Thank You note to beta testers, removing all credits-esque features. This revision stayed in until build 1327 which removed the easter egg completely. The MID is present but doesn't play. pic.twitter.com/uNr861xt2w