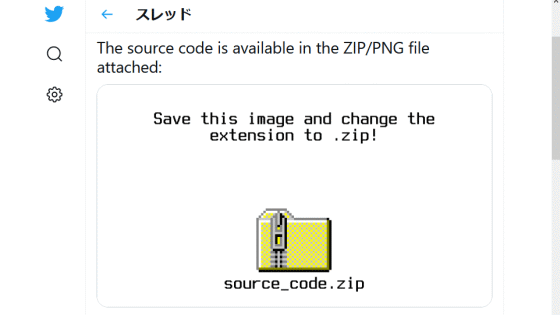 You can post images and movies to Twitter, but you cannot post them because they do not support file formats such as text files and ZIP files. Meanwhile, security researcher

David Buchanan has published a method for uploading a ZIP file to Twitter by disguising it as a PNG image.

I found a way to stuff up to ~ 3MB of data inside a PNG file on twitter. This is even better than my previous JPEG ICC technique, since the inserted data is contiguous.

The source code is available in the ZIP / PNG file attached: pic.twitter.com/zEOl2zJYRC

The image attached to Mr. Buchanan's post is 'a ZIP file disguised as a PNG image'. Actually, using ' Twitter Image Downloader ' etc., I will try to download the image published by Mr. Buchanan in full size. 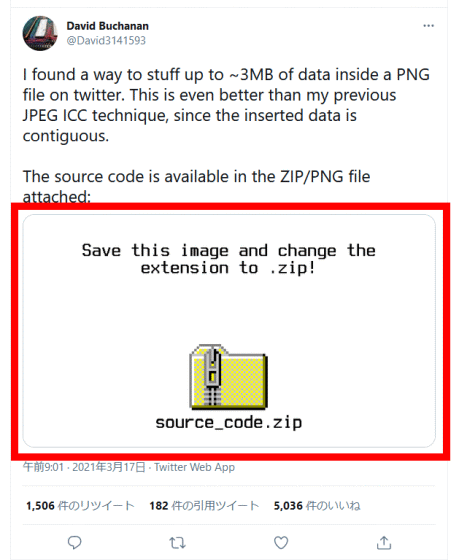 Unzip the resulting ZIP file with decompression software such as 'Explzh'. 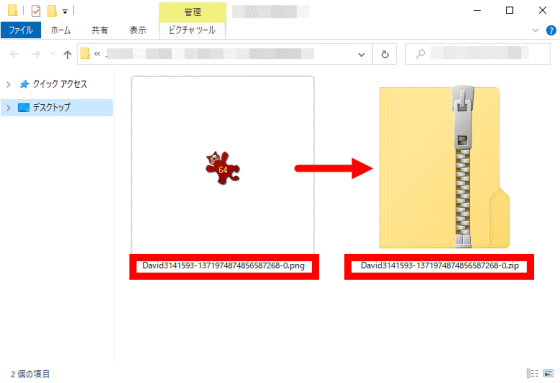 Then, it succeeded in decompressing wonderfully. The contents of the ZIP file was a file named 'tweetable-polyglot-png-main'. 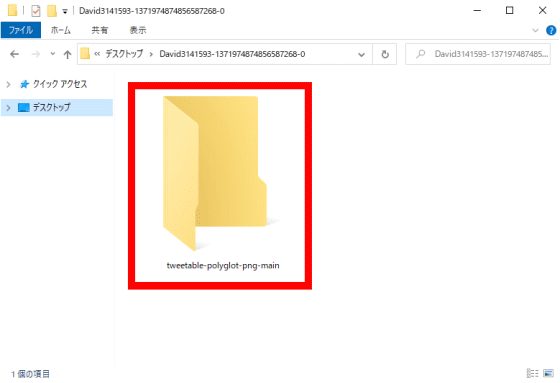 The file contained a Python script 'pack.py' developed by Mr. Buchanan to generate a 'ZIP file disguised as a PNG image' and an instruction manual. 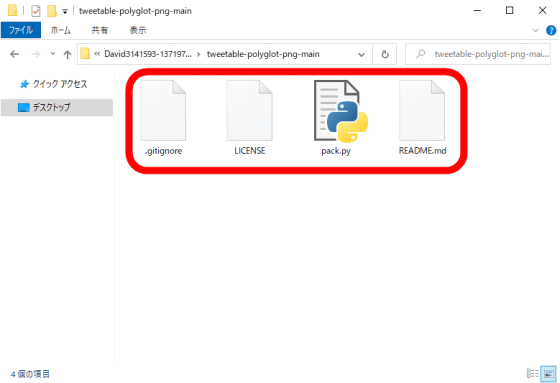 ZIP files are not the only file formats that can be uploaded using the method discovered this time. In fact, Buchanan also posted 'MP3 files disguised as PNG images'.

Download this one, rename to .mp3, and open in VLC for a surprise. (Note: make sure you download the full resolution version of the file, should be 2048x2048px) pic.twitter.com/x2J88xkBhd

Buchanan has also devised a way to pack 'all Shakespeare's works' into one small image. 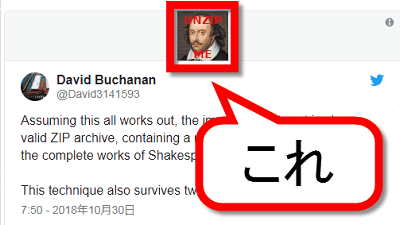