An Israeli research team has announced that

Dr. Stephen Hawking, who was called a 'wheelchair physicist,' confirmed the 'Hawking radiation ' predicted in 1974 in a pseudo-black hole.

Dr. Hawking said in 1974, 'Black holes are named black in the sense of'no radiation', but when the quantum effect is taken into account, they should actually be doing thermal radiation, and that radiation is in time. It doesn't matter, it's constant. ' A new study by Associate Professor Jeff Steinhower of Technion-Israel Institute of Technology confirmed the 'steadiness' that radiation from pseudo-black holes generated in the laboratory is invariant with time. Associate Professor Steinhower has been conducting research on confirming Hawking radiation by pseudo-black holes since 2009, and in 2016

published a treatise stating that 'Hawking radiation was confirmed.'

Associate Professor Steinhower and his colleagues cooled the gas containing about 8,000 rubidium atoms to near absolute zero and irradiated it with a laser to fix the position of the atoms. In this way, we created a state in which individual particles behave as huge waves, called Bose-Einstein condensation. 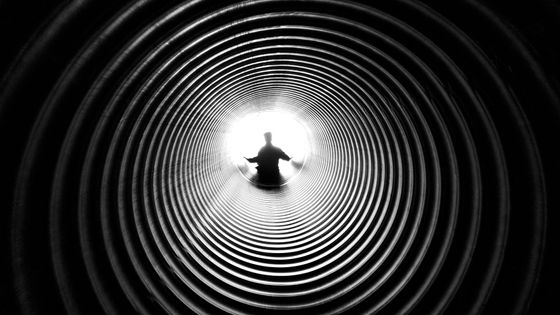 In this experiment, Associate Professor Steinhower and colleagues regarded a pair of photons faster and slower than the speed of sound as a pair of virtual particles, and whether there is a correlation between the behavior of the pair of photons and the Hawking radiation over time. I verified whether it was constant. Pictures were used for this verification, but because the minute heat generated during photography interfered with the series of processes, Associate Professor Steinhower and his colleagues repeated 97,000 experiments over 124 days, and Dr. Hawking finally predicted. As you can see, he confirmed that the Hawking radiation is invariant over time.