The radio program 'Space War ', which was broadcast in the United States in 1938, was reported as a legendary program that panicked all over the United States, believing that the invasion of Martians told in the program was true. Has been done. However, it seems that there was no fact that the space war actually caused a panic in the United States, and 'a series of stories told to the present day was made by newspapers,' SLATE of the news media summarizes.

Orson Welles' War of the Worlds panic myth: The infamous radio broadcast did not cause a nationwide hysteria.
https://slate.com/culture/2013/10/orson-welles-war-of-the-worlds-panic-myth-the-infamous-radio-broadcast-did-not-cause-a-nationwide-hysteria. html

On October 30, 1938, American radio station CBS read a radio drama based on the novel 'The War of the Worlds ' written by science fiction writer HG Welles , read by film director and actor Orson Welles. It was broadcast on. In connection with this radio program, it is widely known that 'many people living in the United States believed that the content of'Space War'was true, and panic occurred all over the country', but in reality most of them There was no panic.

SLATE pointed out that the reason why the story that 'people who listened to the radio panicked' was reported was because the newspaper sensationally reported the panic caused by the 'space war' the day after the broadcast. At that time, radio, which became popular as a new medium, robbed newspapers of advertisements and caused great damage to the publishing industry, so newspapers and magazines tried to impair the reliability of radio as a source of information. It seems that he used.

The New York Times, for example, accused radio officials of reporting 'bloody fiction' in the same style as the actual news was reported in the editorial 'Terror by Radio.' .. The monthly trade magazine Editor and Publisher also took advantage of the topic of 'space war' and said, 'The whole country is at risk of incomplete and misleading news through media that have not been proven capable of performing news jobs. I'm facing it, 'he said, and made reports that questioned the reliability of the radio. 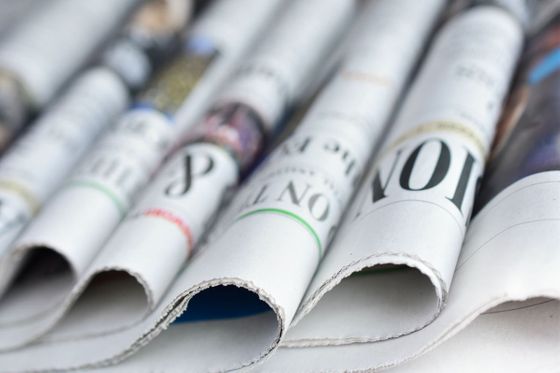 Various testimonies have been received regarding the fact that there was no panic on the day the 'Space War' was broadcast. For example, in a memoir published by radio editor Ben Gross in 1954, the city of Manhattan was quiet when he took a taxi to the CBS headquarters on October 30 just before the end of the 'Space War' broadcast. He points out that there was no panic.

Many people first learned of the information that the radio program 'Space War' caused a panic in a newspaper article that appeared on October 31, the day after the broadcast, and actually radioed 'Space War'. I heard that the number of people I heard was quite small. One of the proofs of this is an interview survey conducted by rating agency C.E. Hooper on the night of October 30th, targeting 5,000 households.

The reason why the listening rate of 'Space War' was low is that the comedy variety show 'Chase and Sanborn Hour', which is a counterprogram, was very popular. According to one theory, 'when'Chase and Sanborn Hour'entered the commercial, people started listening to'space war'and panicked,' but CBS conducted a nationwide report in response to newspaper reports. Investigations have shown that few people actually heard of the 'space war.' However, in the years that followed, it became true that the 'space war' caused a panic. A report by

American opinion poller Hadley Cantril reinforces the panic caused by the 'Space War.' Cantril reported that 'about one million people panicked in the'space war',' which was far greater than the estimated total population who heard the 'space war.'

Cantril also included among those who said he was 'panicked' when he heard the show and said he was 'frightened,' 'anxious,' and 'excited.' However, it is natural for radio listeners in the 1930s to feel fear, anxiety, and excitement when listening to horror and suspense dramas, and it does not mean that they panicked when they heard the 'space war.'

Although Cantril's findings were unreliable, the high praise of Cantril from academia has made the findings of the 'Space War' widely trusted. In addition, Cantril has summarized the research results on 'Space War' in the academic book ' Invasion from Mars-Psychological Study of Panic'. 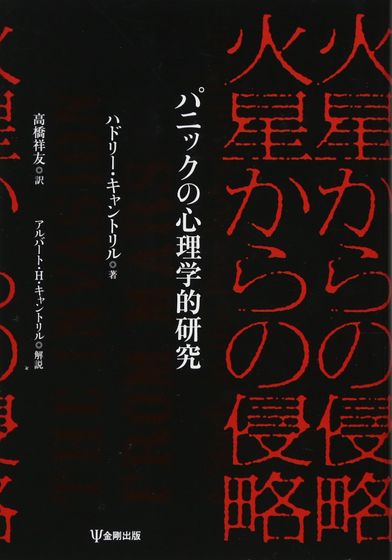 According to SLATE, most of the information that cases of hysteria were reported in various places related to the 'space war' was exaggerated or hoaxed. Newspapers and others said, 'People who truly received the content of the'Space War'called the phone all the time.' 'In some areas, there are reports of deaths related to suicide and panic due to anxiety.' 'In panic. People were taken to the hospital, 'but these reports were not actually substantiated.

In fact, the night of October 30, 1938 was a peaceful night with no panic. A letter from a reader posted by The Washington Post a few days after the broadcast of 'Space War' was a store where radio was playing without witnessing hysteria or panic while walking around the city during the broadcast of the program. He said that no one was worried.

If panic had occurred all over the United States, newspaper articles related to 'Space War' would have been busy for some time. However, although most newspapers reported sensationally at first, the coverage of 'space war' decreased sharply in just a day or two.

SLATE points out that the reason why panic that didn't actually happen has become so popular and has been passed down to the present day is complicated. In addition to 'cultural backgrounds that the public believes to be stupid' and 'doubts about commercial broadcasting systems,' radio that 'has been effective in showing off the influence that radio stations have on their masses.' There is also a speculation on the part of the station.

Professor Jeffrey Sconce of Northwestern University said that the myth of 'Space War' does not symbolize the fear of the invasion of Martians, but 'the fear of major media invading people's consciousness and colonizing them.' Pointed out. SLATE touched on the fact that radio was attracting attention as a new medium in the 1930s, while websites and SNS are now attracting attention as a new medium, and people said, 'A new form of mind control called the Internet. He said he was suffering from 'the fear of