What is the crisis that technological innovation brings to the world? On November 11, 1918, the greatest war in human history, which lasted about four years, came to an end.

Many science and technology developed by the Second Industrial Revolution were used in this war, and this war itself was one of the major triggers for the development of science and technology. The war is older than it is today and is often thought of as a thing of the past, but 'in terms of technological innovation, it's actually similar to what we're doing today,' explains the Carnegie Corporation of New York. doing.

What the History of World War I Can Teach Us About Misjudging Technological and Social Change | Emerging Global Order | Carnegie Corporation of New York
https://www.carnegie.org/topics/topic-articles/emerging-global-order/1920-2020-what-the-history-of-world-war-1-can-teach-us-about-misjudging- tech-social-change /

In the 19th century, satellites, communication networks, and transportation networks are spread all over the world, just as the leaders of each country laid railroads everywhere to build social and technical networks. Today, some scholars warn that 'excessive reliance on satellite and communications technology continues to present fascinating temptations to military planners, such as launching surprise attacks and preemptive strikes.' I am.

What makes modern-day risks different from 100 years ago is that the triggers for a war are not always visible. Satellites orbiting far above us can be physically disabled by missiles, etc., but it is quite possible that they will be hacked and remotely controlled. It is also possible to create a crisis between nations by sending disguised information to some nation using satellites or communications hijacked by a malicious person. It is difficult for countries to collaborate on information because each country has an absolute center of gravity in protecting its own cybersecurity. But there are many ways countries can gauge each other's situation, says the Carnegie Corporation of New York.

For example, arms control, which limits the strengthening of armaments between nations, works efficiently, and each country actively discloses military assets. In addition, by concluding a territorial liberation treaty , it is possible to carry out regular surveillance flights over the partner country. It's time for Ronald Reagan's words 'Trust, but verify' to be put into practice. On the other hand, there is neither trust nor credibility in cyber warfare. The United States is trying to thoroughly eliminate Chinese products from the country because of the information and communication crisis. However, at least 16 countries, including Indonesia and Israel, are alleged to have agreed to China's 'Digital Silk Road Strategy,' despite the United States issuing a number of warnings to countries to stop introducing China's communications infrastructure. However, the New York Carnegie Foundation points out that the company that can meet the ever-increasing demand for telecommunications infrastructure in each country can not replace the Chinese company Huawei, which is subsidized at the national level. Huge changes that took place in the late 19th and early 20th centuries disrupted social norms and required new political responses to national rulers. Modern relentless technological innovation is also causing social and political unrest, and the old political system and international treaties are collapsing. Carnegie Corporation of New York concludes, 'The major changes that are going on are beyond our imagination, and we need to pay attention to the corresponding political aspects.' 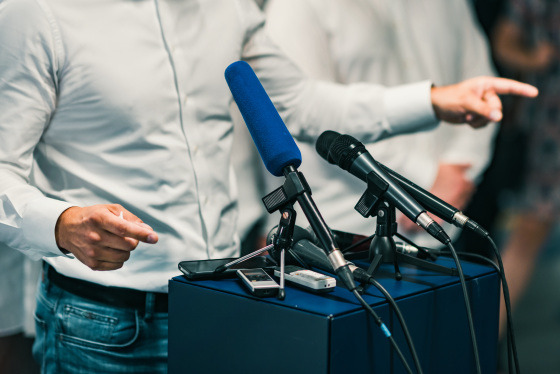