Sales of the major crypto asset exchange 'Coinbase' in 2020 will be over 130 billion yen, revealed by materials for direct listing on NASDAQ 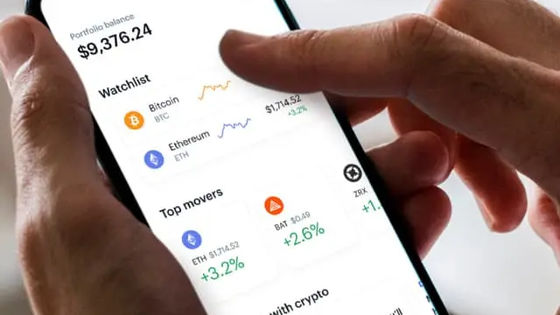 In December 2020, the crypto asset (virtual currency) exchange 'Coinbase', which announced its intention to list its shares, submitted the documents called 'Form S1' required for listing to the US Securities and Exchange Commission. Coinbase's business performance is also strong, as Bitcoin, which is a representative of cryptocurrency assets, 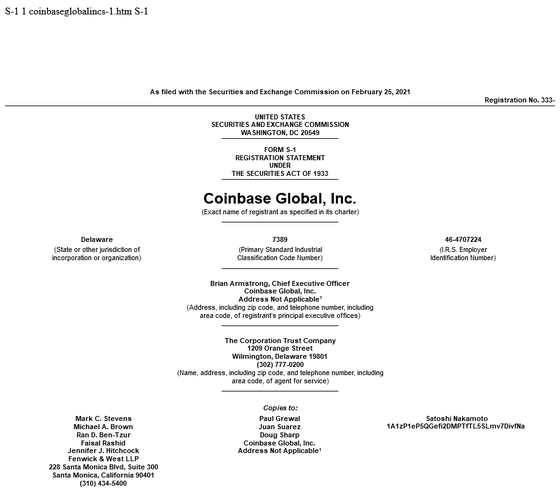 Coinbase has filed to go public on the NASDAQ --The Verge
https://www.theverge.com/2021/2/25/22300835/coinbase-s1-bitcoin-going-public-profit-revenue-invest-crypto

Coinbase was founded in 2012 by Brian Armstrong, an engineer of the private lodging service Airbnb, who developed it as a mechanism to purchase crypto assets online. If you read the following article, you can understand how it was founded and how it went around as crypto assets became major. 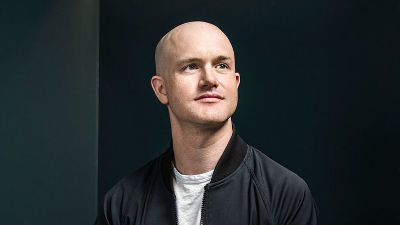 Coinbase's main revenue comes from transaction fees, and it was not clear until now how much it was, but since the documents required for stock listing were submitted, it is concrete Amount has been revealed.

Companies originating in Silicon Valley often go public (IPO) when they go public, but Coinbase chose to go public directly. Until now, direct listing was a method of listing only existing shares, and if new shares were to be issued, IPO was to be conducted, but in December 2020, the Securities and Exchange Commission will issue new shares even if it is directly listed. It seems that he chose this method because he made it possible.

The existing Coinbase shares are owned by venture capital firm Andreessen Horowitz co-founder Marc Andreessen more than 5.5 million shares and CEO Brian Armstrong more than 2.7 million shares. Armstrong CEO has 21.8% of the voting rights, co-founder Fred Elsam has 9%, Andreessen has 14.2%, and Fred Wilson, who has invested from the beginning, holds 8.2%, 11 people. The management team consisting of and the board of directors will exercise 54%.

As CEO Armstrong had a hard time at the beginning, crypto assets have long been like 'underground servants' and have been seen by investors and the financial industry as such, but electric car maker Tesla is 1577. The position has changed significantly, such as purchasing 100 million yen worth of Bitcoin. The listing of Coinbase is also expected to be a big step for crypto assets.