What is Google's new advertising mechanism 'FLoC' without third-party cookies? Google has announced that it will remove support for Chrome's third-party cookies by 2022, but has announced a new advertising API, FLoC, to replace it. FLoC can perform as well as existing ad targeting . 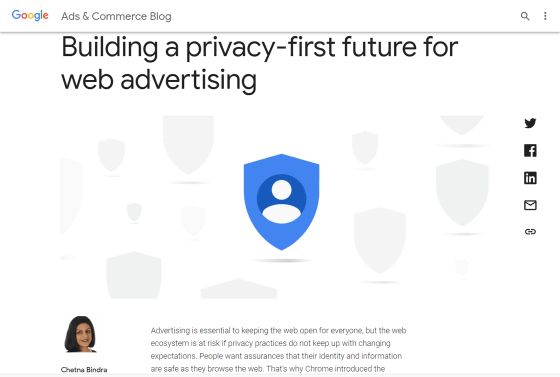 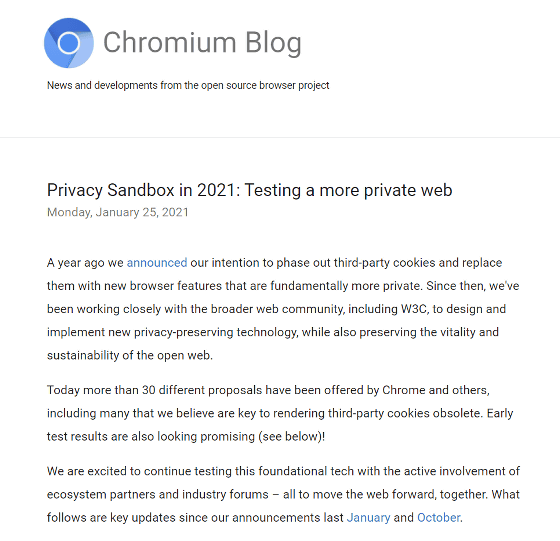 Google has also announced that it will discontinue support for third-party cookies in Chrome by 2022, and a ' Privacy Sandbox ' has been proposed to create a new advertising mechanism. You can read what has been discussed in the privacy sandbox below. 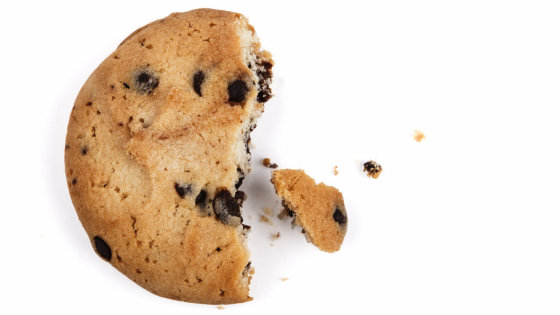 So far, it has been pointed out that the privacy sandbox is 'conceptual and does not show how actual advertising operations and revenue will fluctuate', but on January 25, 2021, Google officially announced. On our blog, we announced an API called ' FloC ' that has performance comparable to third-party cookies.

FloC the Federated Learning of Cohorts ( associative learning is an abbreviation of the cohort of), those that analyze the user's data who visited the web site using a machine learning algorithm, to create a cohort of thousands of users. The API is used as an extension to Chrome, the collected personal data is not shared, and targeting is based on a cohort of analytical data. According to Google's testing, targeting with FLoC was able to achieve at least 95% of the performance of cookie-based ads.

Also Google is in conjunction with Floc, ' turtledove was developed from', ' Fledge also announced a new proposal.' Fledge is a proposal to incorporate a 'trusted server' into turtledove, which completes ad bidding on the browser. Fledge testing, which involves several ad tech companies, is scheduled for late 2021.

Internet advertising is a balance between 'making money for advertisers' and 'protecting user privacy,' but Apple's policy changes were radically focused on the latter. Meanwhile, Internet media AXIOS believes that Google is taking a step-by-step, collaborative approach to stakeholders while making changes to privacy protection.