Why is PDF so popular all over the world? 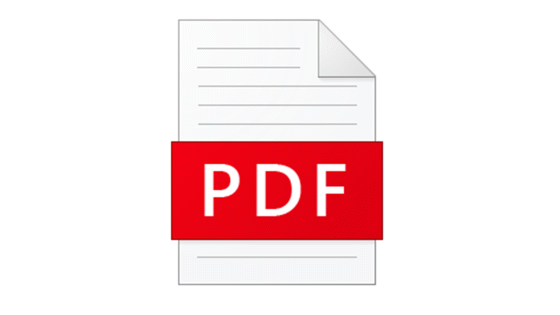 Portable Document Format, known as PDF, is an essential document format for working with document files. Journalist Rob Walker explains the history of such PDFs.

The Inside Story of How the Lowly PDF Played the Longest Game in Tech | by Rob Walker | Jan, 2021 | Marker
https://marker.medium.com/the-improbable-tale-of-how-the-lowly-pdf-played-the-longest-game-in-tech-d143d2ba9abf

PDF is a file format developed by software maker Adobe. According to Adobe, 303 billion PDF files will be opened using Adobe Document Cloud in 2020 alone, and there are 2.5 trillion PDF files in the world, and the number of users is overwhelming. It is a target. What's more, software development has a counter-force, just as Microsoft Office is losing its share to Google Docs, but PDF has no counter-force.

The history of PDF dates back to 1982, when programmers and computer science researchers John Warnock and Charles Geschke founded Adobe. After the founding of Adobe, the two made Adobe grow rapidly by announcing image processing software such as the page description language ' PostScript ' and ' Illustrator ' and ' Photoshop '.

When Adobe was founded, there was a problem that document files created with MS-DOS could not be read normally on Mac. Knowing this issue, Warnock was very interested in the bridge between digital and analog with PostScript and announced the original PDF project ' Camelot ' in the early 1990s. The initial draft of Camelot written by Mr. Warnock is published as a PDF file and can be viewed even at the time of writing the article. 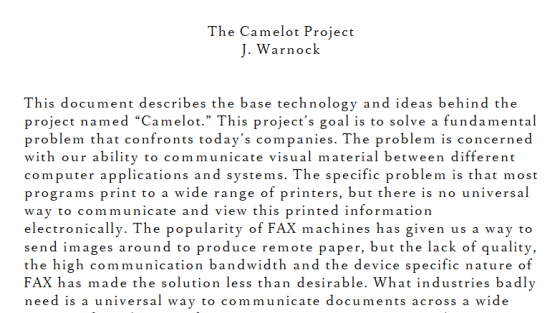 Adobe officially released the PDF in 1992. However, PDF is more difficult to handle than general text formats, and it took a long time to send and receive on slow lines at that time, so sales of PDF creation tools and PDF readers did not grow. Also, in the 1990s, document formats such as '

DjVu ' and ' Envoy ' were being developed in addition to PDF, so the Adobe board of directors at that time was planning to end the PDF-related business as soon as possible.

In the mid-1990s, the Internal Revenue Service (IRS) of the United States adopted PDF, creating a trend for other government agencies, businesses, and medical institutions to adopt PDF. In addition, Walker points out that mainstreaming the Web and improving line speeds have helped popularize PDF.

In 2008, PDF 1.7 was standardized by the International Organization for Standardization (ISO) . As a result, PDF readers and PDF creation software developed by companies other than Adobe have appeared, and standard PDF reader functions have been installed in web browsers, and PDF has solidified its position as the standard format for document formats. 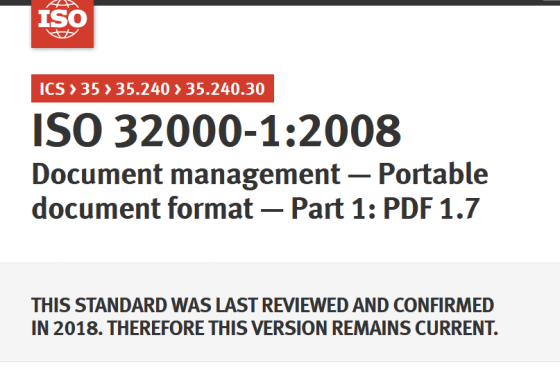 'Many people think Adobe makes most of the decisions about PDF, but that's a misunderstanding. Adobe has one seat on the ISO committee,' said

David Permenter, engineering leader at Adobe Document Cloud. It's just getting it, and it doesn't have a lot of power in forming PDFs. PDFs continue to spread with 'the power of millions of people around the world,' not with the help of Adobe. ' I'm talking.

The challenge for PDF in recent years is adaptation to smartphones, and in 2020 Adobe announced 'Liquid Mode,' a function that automatically adjusts PDFs on smartphones to make them easier to read .

Adobe announces 'Liquid Mode', a function that makes it easy to read PDFs on smartphones and automatically adjusts them --GIGAZINE 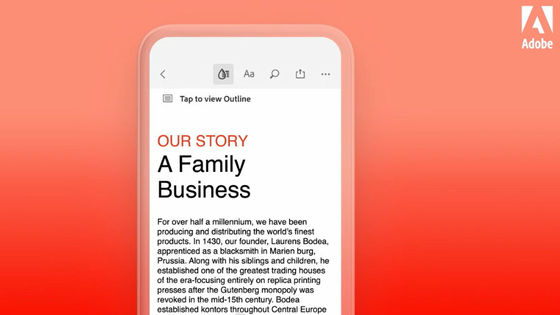 However, the advantage of PDF is not the new technology, but its compatibility. Most PDF files created 30 years ago can be opened without problems with modern PDF readers. For this reason, Walker points out that PDF has the same strengths as documents stored in analog.

'PDF is so ingrained in people's lives, but it's not a prominent technology like video calling. People only remember the existence of PDF when it doesn't work, but fortunately it's very It's a rare situation, 'says the stability of PDF.